Welcome to April! We’ve decided to fool around with a few hero changes for this experimental card. 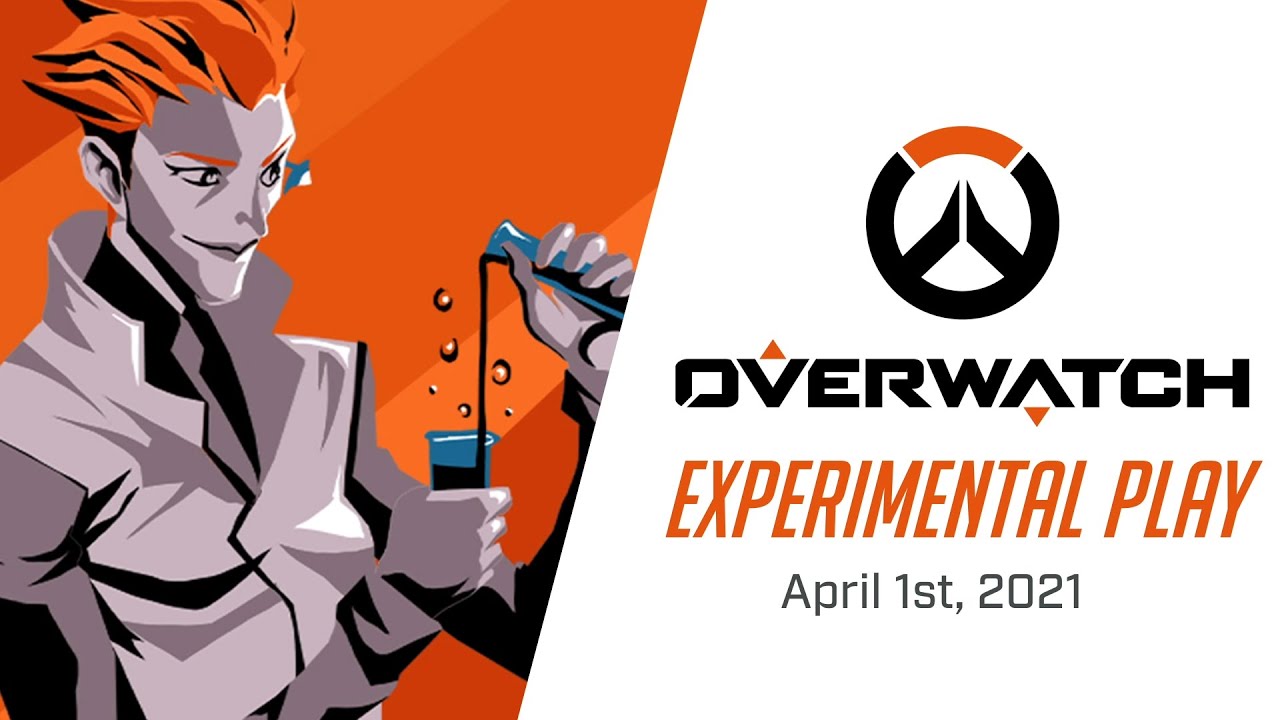 Dev Comment: We’ve received feedback that Ana players don’t often see the immediate impact of their ult since it’s usually used on Genji and Winston who immediately jump out of range. With this change, Ana can also enjoy the fruits of her labor with powered up darts and damage reduction.

Dev Comment: Slightly-Less-Mortality Field just doesn’t have the same ring to it, but we can experiment. Maybe the device should be immortal so we can get by on a technicality.

Dev Comment: Bastion still turns into a tank but is no longer tank-sized. We’ve also tightened up a few screws on his gun arm and the weapon spread just went away! Less beep-boop by volume, more pew-pew.

Dev Comment: We’ve heard players get very excited about all things crowd control, so now with this sweet combo you can potentially up the stun time or I guess use it for mobility (ugh, boring).

Dev Comment: The enemy team will often disrespectfully ignore pilot D.Va. It will now be more difficult to survive a mech being dropped on top of you.

Dev Comment: And they say he could level a skyscraper. It’s really put a lot of creative restrictions on our skyscraper-themed hero ideas. This change should also address the issue of some Doomfist players occasionally touching the ground.

Dev Comment: Echo players are actually some of the most helpful people around. They’re always saying things like, “here let me show you how it’s done”. This change should enable players to be more helpful to each other in-game.

Dev Comment: Unconfirmed rumor: Genji’s cybernetics are actually fueled by the blood of his fallen foes.

Dev Comment: Just scatter them around wherever you like and then claim that you totally lined that one up if it eliminates someone.

Dev Comment: Players weren’t spending enough time admiring the beautiful floor textures so we’re enabling Junkrat to place a few more hazards about. Discovery is a very powerful and exciting motivator so now there will potentially be even more surprises lurking beneath the ground.

Dev Comment: Tinnitus is not a joke. Don’t let it happen to you.

Dev Comment: Bullets work strangely in the future. As do tumbleweeds.

Dev Comment: An Ice Wall is literally a physical barrier. But Mei can also do a lot of damage. Can’t you see this endless conflict is tearing us apart?

Dev Comment: Now would be a poor time to underestimate the surprising amount of damage Mercy’s Caduceus Blaster can do. There is no escape. I am sorry.

Dev Comment: There’s certainly a desire to get in close and deal some damage when playing Moira so we’ll lean into that but also pull in the opposite direction by incentivizing actually healing allies. steepled-fingers-maniacal-scheming intensifies

Dev Comment: Orisa is still learning to take full advantage of her quadruped locomotion. We expect this gameplay change will help deepen players’ connection to the hero while roleplaying as a nascent, centaur-like omnic entrusted with becoming the protector of Numbani.

Dev Comment: We’re nerfing Barrage so that it will now on average result in one less player death.

Dev Comment: Recent studies have concluded that incorporeal specters, such as wraiths, are more intimidating whilst airborne.

Dev Comment: The user manual for Crusader armor states that precision German engineering does not require changing steering fluid as a part of regularly scheduled maintenance; please do so at your own discretion.

Dev Comment: Alternatively, the new cooldown for Chain Hook is 4 seconds, but missing with the hook demoralizes Roadhog enough that he can’t muster the enthusiasm to try again so soon, doubling the cooldown time.

Dev Comment: The Experimental Barrier was heavier than expected. Putting it aside has enabled Sigma to no longer be anchored so near to the ground.

Dev Comment: So, it turns out that aiming for the head is the superior tactical choice.

Dev Comment: While Torbjörn does have a Rivet gun, his true mastery is revealed with hammer in hand. He’s much better at fixing turrets with it than people though.

Dev Comment: It doesn’t matter if you didn’t have any Blink charges 3 seconds ago, they all come back! The logic of time travel is not to be questioned.

Dev Comment: Lower health means we can give her more damage, right?

Dev Comment: Winston’s Primal Rage offensive power wasn’t quite living up to our lofty expectations of a genetically modified space-ape, so we’re giving it a small nudge. Winston also has a soft spot for his inventions, so If you thought breaking his glasses made him upset…

Dev Comment: Both Wrecking Ball’s mobility and survivability were often being called into question. Were these tuning values right for the game? I suppose we could buff them if we have to.

Dev Comment: Zarya is no longer burdened by evenly distributing her barriers between herself and her teammates. She is now empowered to selfishly hoard both of them for the greater good or selflessly give them all away.

Dev Comment: There may actually be no limit to Zenyatta’s power, but he demonstrates great discipline in his moderation. He enters and leaves the meta at will.

THESE PATCH NOTES ARE GOING TO MAKE THE GAME ABSOLUTELY GLORIOUS! CATCHPHRASE!

Better than the Pro EXC, change my mind
This should have been the ExC tournament

(also this isnt a joke, the card is live in-game)

was just reading the patch notes i was like…

gonna be playing experimental all day!!

Dev Comment: The enemy team will often disrespectfully ignore pilot D.Va. It will now be more difficult to survive a mech being dropped on top of you.

Okay deadass though when Sym mains said “give us a longer beam” they really replied “Sure April Fools!!!”

Better than the Pro EXC, change my mind

This one at least looks decently fun and creative in it’s horror.

Please keep Moira changes! We need ANYTHING for her!

Also can we get a normal Experimental where she is actually, finally buffed??

You mean to tell me that the last experimental card, the one the pros made, wasn’t April fools enough?

How come we get like 1-3 hero changes per experimental card, like once a month, but as soon as it’s the pros or the devs fooling around, suddenly dramatic changes can be applied to every single hero?

This is a fun ExC. Thank you for the efforts, devs.

Dev Comment: We’re nerfing Barrage so that it will now on average result in one less player death.

Wait these actually sound good tho

Please let us keep some of these changes.

Now this is the experiment I was hoping for!

Now THIS is what a meme Experimental looks like!

I don’t know whether to say “April Fool’s” or “happy birthday”.

Hitting an enemy now resets the cooldown of Shield Bash

Not OP at all. Please read Josh!

Dev Comment: Lower health means we can give her more damage, right?

Oh, OH MY GOD FINALLY!
THEY DID IT!

This was the funniest experimental patch notes to read. No way are they sending these changes to the live game.