Also, will these new looks affect the skins already released in the game?

Arnold Tsang: The new look of the heroes will be the default look in Overwatch 2. Your skins from Overwatch 1 will carry over and the new looks won’t affect them.

Scott Mercer: That’s an interesting idea, and how players interact with barriers is something we’re always looking at closely. This might not as be required with the new 5v5 teams that only have one tank, and therefore less barriers on the field. We’ll keep an eye on it as we continue to work on hero and gameplay balance.

Interesting that Tank is the CC role now.

Q: What was the funniest bug behind-the-scenes?

Bill Warnecke: I know this wasn’t “behind the scenes” because it was a live bug, but when I asked our QA team for a bug that stood out to them they linked me this bug. The linked pictures are nightmare fuel, but also absolutely hillarious.

One that’s more behind the scenes, when we first implemented Ashe if there were any BOBs alive at the end of the match they would vote on the end of round cards… AI will definitely take over the world some day.

I’ll take this post as chance to thank all of our amazing QA folks, you’re all amazing.

Images in discussion for reference: 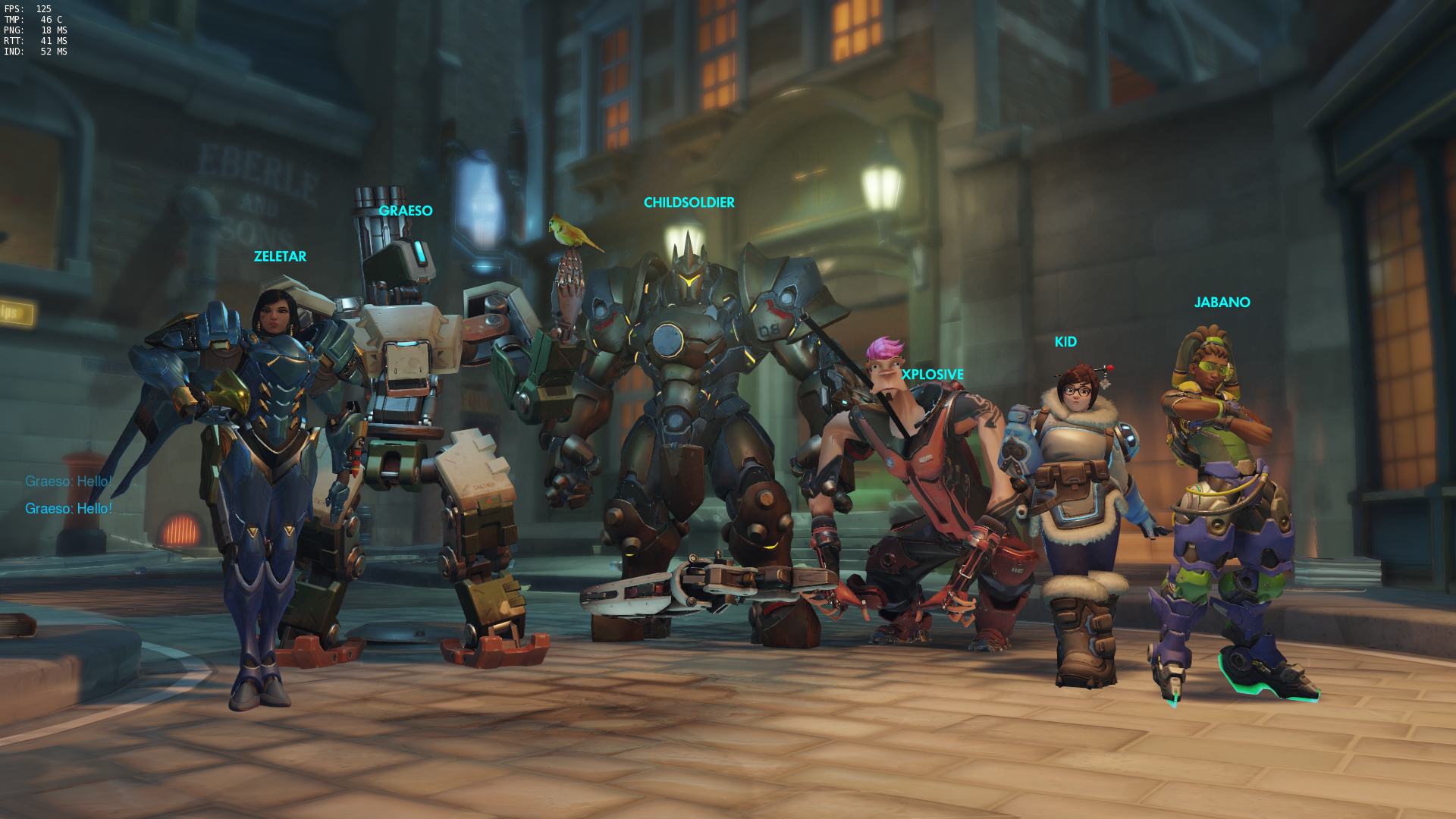 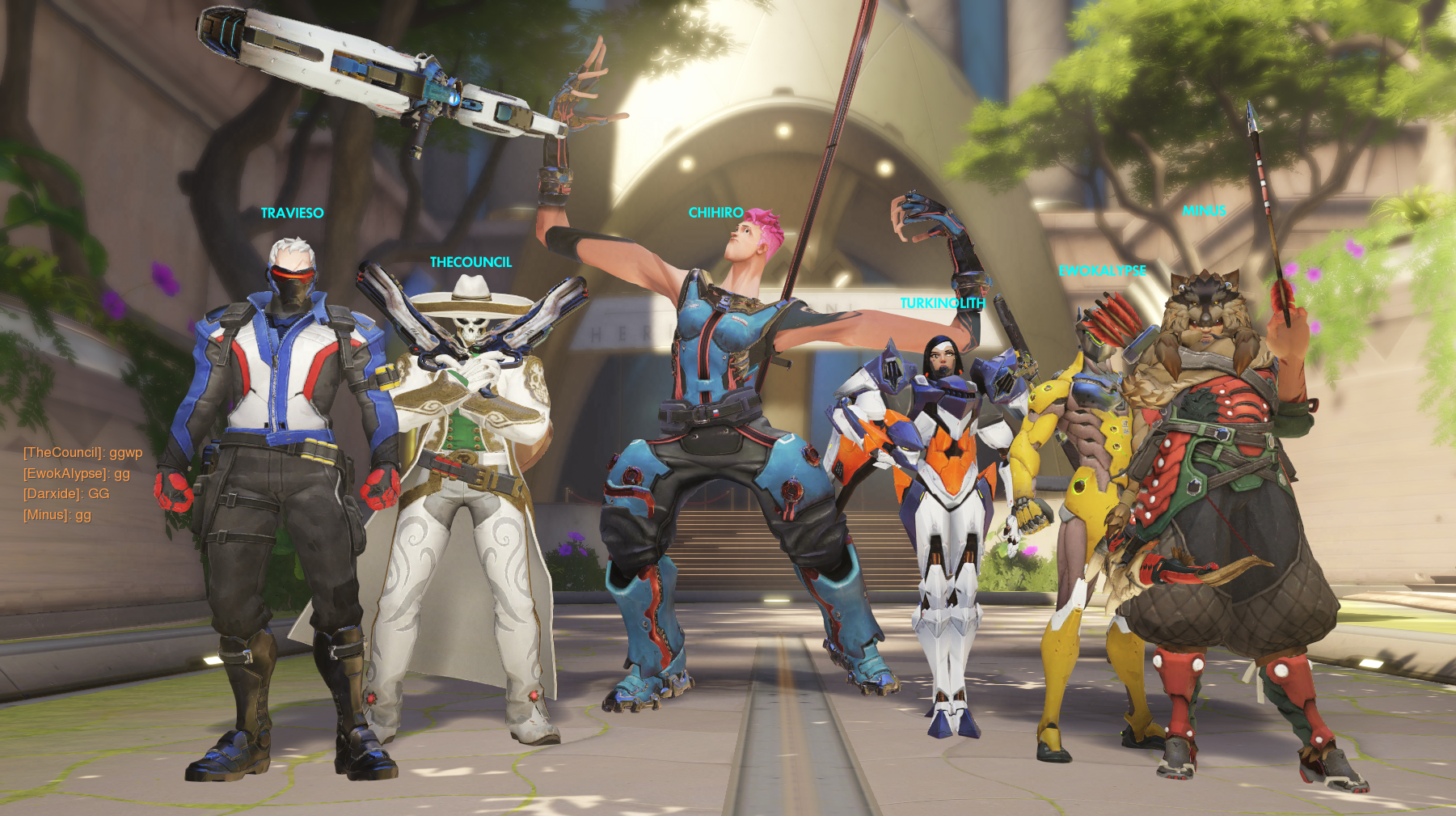 Q: Favorite piece of concept art for a character or map that didn’t quite make the cut and what made it special to you?

David Kang: My favorite concept art that didn’t make the cut was the Legendary version of the Pachimari Roadhog skin. We decided to do an Epic version of the skin instead due to time constraints. As the creator of Pachimari, I’m always down to cram more Pachimari to the game!

I more so want the voice line itself

Q: Aaron said recently that they were looking to announce something big for OW1. What is a rough estimate on when we can hear news about this new feature?

Aaron Keller: We have several exciting things coming to Overwatch. As far as rough estimates go - one large feature will be announced somewhere in the timeframe between soon and really soon.

Q: I’d love to hear from Geoff/Scott how the underlying philosophy of how OW has changed over the years and into OW2. How have (if at all) the objectives for what you want players to feel in game changed going into this next “era” of sorts for OW?

Geoff Goodman: For OW1, most of the philosophy changes have been small tactical changes throughout the game’s life, rather than large sweeping changes. The biggest sweeping changes to philosophy were when we went to single hero limit, and then later to role lock.

At its heart, the game has always been about super over-the-top heroes, that are simple to understand but have a lot of depth in gameplay, especially when combined with other heroes on your team. When making new heroes, or changing old ones, its a constant fight for us internally to try and make sure the heroes are simple and focused from a gameplay perspective. This has been gotten harder over time as we add new heroes and push to keep every hero feeling unique at the same time.

For OW2, this core philosophy is still the same, but we’re looking at some of these things in somewhat of a new light. We’re still pushing hard to keep heroes simple and deep, but there are some specifics we’ve changed such as more aggressive tank play which can change how we make Tank heroes.

John LaFleur: We’ve been doing a substantial amount of work in the areas of AI for Overwatch 2… which is probably obvious given that we’ll have PvE.

Much of those improvements should apply across the game, workshop included. But Workshop plans for OW2 are still quite fluid.

Q: Hello on behalf of all symmetra players why has she been getting ignored in terms of legendary event skins? It’s been more than two years we are starving:(

for the summer games even prehaps?

thanks for doing this man, reddit’s layout is so damn annoying to navigate

Q: I’m just gonna get few of the things that grind my gears in one go. You could call those “miniscule”, but all easy things to change.

Are you plannin to revamp the endorsements system where the decay doesn’t trigger simply because you’re on a losing streak and get no votes? Increasing the maximum level to 50 or so with much much more votes needed for really high levels, but also they don’t decay unless you don’t play the game for a week or so?

Any alternative ways to getting golden guns like points for wins in QP (even some 2-3 per win) or a currency price (like 30k currency for a gun)?

As far as golden guns, we have no plans for providing them as rewards outside of earning them in competitive play.

Q: Is there a chance for Mei to become a tank so she can keep her freeze mechanic in some way?

Goeff Goodman: Possibly, that’s still on the list to play around with.

For what its worth, she can still freeze with her ultimate.

Q: After the announcement of 5v5, a lot of people have been bugged by this change.

Will there be other gamemodes that are 6v6 for those who prefer it, and if it’s possible to say, which gamemodes?

Goeff Goodman: Honestly we’re not sure yet. We’d like to have it exist in some form, but I’d say balancing the game for both 5v5 (1 tank) and 6v6 (2 tanks) is unlikely, so the 6v6 mode would most likely be an arcade mode or something like that if we can do it at all.