Edit: Some people seems to be confusing individual impact with solo carry.
Individual impact means your team loses bigger % of manpower when you or someone else dies compared to 6v6.
Solo carry means that you can overcome the enemy with minimal help from your team.

It is time to address the elephant in the room.
Does or does not OW2 have more solo carry potential than OW1

It’s fair to say that 5v5 is more tactical, with the ability to individually carry being more prevalent.

In a class based game every class needs help from 1 other class to do their job.
-Tanks needs healing from supports
-Dps needs space/cover from the tanks
-Healers needs peel from tanks/dps

This means if you are the last remaining player of your team as a tank or support in either game, you have no chances winning the fight alone. With a dps you have a slightly higher chance to do a team wipe with a ult but that is it.

So what are the differences then.

In OW1:
-If a single player of your team dies first, you are always left with having at least 1 backup to that role no matter which hero you play so you can still perform your role optimally.

In OW2:
-If the tank dies both the dps and the healers are left without protection.
-Having only 1 tank in the team means that the supports are more vulnerable to attacks.
-Having 1 player down in 5v5 means you have lost bigger % of the team compared to 6v6. Someone may say, “I have less players to deal with in 5v5” but remember that you can’t solo kill the entire team anyway and it is just as easy to lose teammates too.

So to sum it up, OW2 seems to be even more team heavy game because you can’t afford to lose players which definitely makes it harder to carry solo. If your team isn’t performing on the same level as you do they are going to drag you down with them because your performance depends on them doing their job well.

If this is the definition you want to go with then no. It can be done but the chances of it happening aren’t much better than going 1v6 in live OW.

If you want to go with a more reasonable definition of, you can get 2-3 kills and essentially made it so that your team can’t lose the fight then yes.

You technically only need a 51% WR to climb. Not every game is winnable, however the more individual impact you bring to the table the more you’ll win.

Unless you are a super Smurf, literally no one considers solo wiping the enemy team as solo carrying.

solo carrying is having more individual impact and winning more through consistency.

No you cant like before but you have more of an impact. Thats also what it said there. No mention of that you can suddenly now solo carry at a regular basis.

Solo carry means that you can win with minimum help from your team.

No you cant like before but you have more of an impact. Thats also what it said there. No mention of that you can suddenly now solo carry at a regular basis.

Having more individual impact means your team loses more in when you die in 5v5 compared to 6v6.

So being better equals your team loses more when you die…?

Solo carry means that you can win with minimum help from your team.

Maybe in CSGO but not in OW

So being better equals your team loses more when you die…?

No. In matters in team size, not skill.

Maybe in CSGO but not in OW

That is because you can’t solo carry in OW unless smurfing.

There’s no such thing as a carry in OW. If you have a leaver you will lose 99.9% of the time. Even if one player is performing noticeably worse than everyone else just having that extra body there as a distraction is still important. If you can’t 1v5 or 1v6 an entire team then you’re not carrying. Period.

Very good point especially considering 4v5 puts your team in more of disadvantage than 5v6 would.

In 5v5 getting doubles and triples swing the odds way more into your favor I feel like. In OW2 a good performance increases your odds of winning by a higher amount compared to OW1.

watching the owl last light i can safely say that right now, ow2 is much more of a “solocarry” kind of game than ow 1. each fight theres just somebody popping off swinging the fight. sometimes theres wicked trades, where each team features a playmaker and they simulatenously go for a play. its very possible for one person to completely dominate each fight in this game.

A carry as far as I am aware is somebody who performs much higher within a game than any other player.

OW2 beta came up against a 3800 player who had deadly aim with Sojurn, we managed to cap the first point, but he was possibly 1500SR above a typical player on my team.

He carried the game and the scoreboard proved that he was miles ahead of anybody on our team in terms of impact.

The term ‘carry’ literally means carrying the entire team to victory. Should they not be present, then a win possibly may not have happened. He carried the team almost by himself.

Solo carry means that you can overcome the enemy with minimal help from your team.

The only ones capable of solo carrying are smurfs. In a match with everyone playing in their real rank, solo carrying doesn’t exist.

No.
How is this even a question?

Solo Carry games are basically games where you and your oponent are always on the same conditions (no extra HP, absorption skills, self heals, etc). In those games, you can make “Aces” and its not unheard of.

In OW that doesnt happen outside ultimates and even then, its not that common.

interestingly enough, games where you can get more power by performing well, like dota or league or csgo and valorant are the games where the solocarry potential really is prevalent.

when the snowball doesnt apply to whole teams but individual players on the team only, thats when you have a game with solocarry potential.

Take away his 4 teammates and see how many kills he would have gotten. Without his tank to soak up damage and without healers to keep him up he wouldn’t have done anything. No one can win a match 1v5 or 1v6 in OW. There are plenty of matches in OW where one team has a player that is clearly better than anyone else in the match and they still lose because it’s a TEAM game. In games like Valorant and CSGO if you are head and shoulders better than everyone else in the match you will win regardless of your teammates.

interestingly enough, games where you can get more power by performing well, like dota or league or csgo and valorant are the games where the solocarry potential really is prevalent.

when the snowball doesnt apply to whole teams but individual players on the team only, thats when you have a game with solocarry potential.

yup because there is way more independence from others in those games even if they are still technically team games in maters of player count.

Yes, but only for few heroes. In OW1, I think the hero that came closest to hard carrying was roadhog and to lesser extent echo/tracer/baptiste/sigma. While roadhog could get shut down pretty hard, he was still by far the strongest hero in the game in terms of pop off potential and having the ability to strongly influence the outcome of the match.

I’m not sure who the strongest hero is in OW2 though at the moment. I don’t even have the slightest clue.

If you want to go with a more reasonable definition of, you can get 2-3 kills and essentially made it so that your team can’t lose the fight then yes

dps to supports when competing in carry potential/resources be like: 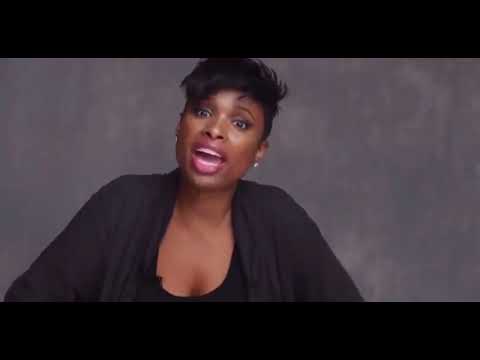 the keyword is “more” and in that regard i feel like it’s a yes so far, but im stuck comparing ow2 quick play to ow1 quick play and that’s a hard comparison to make sense of