How high is the skill cap of this game?

Not as high as the cap in competing titles. The hitboxes are too inflated.

My guess is the skill level caps at owl

Oh it’s not that bad. Meta is different between pro players and those who’ve played the game for ten thousand hours. Not that big of a deal

After playing the game for 6 months I got to high diamond.

I am playing League of Legends for 6 years or longer, lol, and have only reached low diamond.

Other online competitive games are way more difficult than OW.

Kind of permanantly ig? Every single player (even those who started5 years ago) have improved a lot. It depends on how much time you pour into the game and if you have the natural gifts for it. Equipment is also a big variable.

If one were to master all 32 heroes and what they can possibly do in every single map and mode, even the non-core game modes. I would think the skill-cap is nearly infinite then.

It used to be astronamically higher back in the day, giving the product so much potential, but most of the changes they’ve made ot the game have attacked and watered down the skill ceiling of the game.

I think very low. This game is pretty simple. There are just few abilities and many abilities just exist to make the game even easier, like “Oh you can’t aim? We give auto-turrets or aimbot ult or FB+FtH for you”.

But it is competitive, meaning even in the simplest games, there is always win/loss and better one. So, the game is competitive but it itself has little things to differentiate people. So, you need other skill to win the game. The most important one is the basic/generic game sense, like awareness/positioning. People can instakill/protect you with little mechanical skill or tactical ability usage, so those things become really important one in OW. Also, babycaring teammates is another very important skill you need.

All in all, the basic ones are the most important one cause of easy game. It’s like a mental calculation contest with one digit by one digit multiplication. It’s too easy, so it became the fastspeech contest.

As the Hog hooking legend in the flesh, I can say the skill cap of this game is very high. Most people who play shooters suck at Overwatch, but Overwatch players are good at shooters. Coincidence? I think not.

I think The Shanghai Dragons really showed how far the skill ceiling of Overwatch can go during the OWL grand final this year. They were individually the highest skill players playing with the most uniform teamwork. They didn’t just ‘beat’ the teams they played against with the most dominant composition like teams have in the past. They beat them by both outplaying them with their best composition and adapting as a full team to beat their counters without hesitation. They swapped and changed their composition without pausing, they just knew how to deal with every situation not just independently, but as a team.

Shanghai Dragons were so far above every other team not only did they look amazing, they made the teams they played against look bad. They made the small mistakes the enemy made look like giant problems. I think there’s a big difference between those things and for any team to do both is astounding.

Overwatch at it’s fundamental level is about mechanical skill, game knowledge and teamplay. Most Diamond players are good at 1 of those things. Most Masters players are great at two of those things. Most GM/T500 are great at three. In OWL everyone has to be amazing at all three. I think the Dragons do all of that at the current highest level. I don’t even think they are near the skill ceiling of OW1 yet.

Just to add The Dragons aren’t just good at killing the enemy team faster. They win in situations where they lose teammates. Watch how they stall points, they can swap and change agro to the point they can extend a losing situation long enough they can win the next fight without giving over the point. They do it consistently and way better than any other team can.

Pretty high, but that’s not the only important question.

Unlike other games, it’s very ‘everyone, altogether’. The game presents a lot of options for plays (mostly if you’re DPS), and there’s a lot of room to really show skill.

One of the biggest issue the game has is that most DPS heroes are broken. Spammable, spike-damage, and constantly able to punish players for making the correct choices. The fact that Widow/Hanzo can blitz a Winston is the best example of this. Winston did his job, jumping in, but has over half of his health stripped because reasons.

The fact that Widow/Hanzo can blitz a Winston is the best example of this. Winston did his job, jumping in, but has over half of his health stripped because reasons.

Did his job? Only bad Winstons jump head-on into the enemy from the front. Winston’s entire game plan is to dive in on distracted targets and finish off weakened targets. He’s braindead easy to play because it’s just a matter of picking off the right targets and then retreating. If a Widow lands a fully charged headshot on a Winston diving in on her, then that is 100% the Winston’s fault for bad timing and angle of approach.

I completely agree with that outside of the ‘braindead easy’ part. He’s a hard-feeder in the wrong hands.

My point was that there are heroes that are able to actively disable their counters.

Without aim it’s pretty low as how stale metas and set plays dominate.

Unlike csgo dust map were after 20 years there’s no set plays.

Which is why ow is not ready to be a eSports game but pretends to be one.

A good example of limited mechanical skill cap is this game. 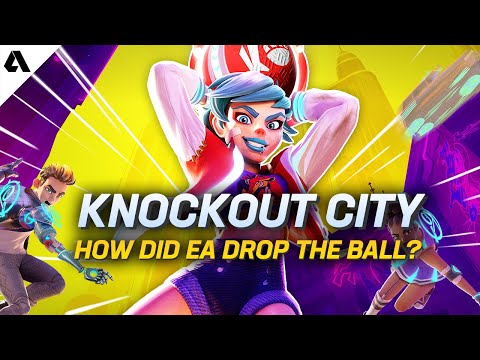 Once there’s nothing mechanically demanding everyone at the highest level plays the same.

Now sure ow mechanical skill can be increased if they rework most ultimates to be demanding like primal or genji blade instead of finding right time and spot to q with no execution needed.

Thanks for all of the responses, it all really helped. Another question I have: from what I can tell, overwatch 2 will have a much lower skill cap. Am I understanding correctly, and if so, is it worth investing into overwatch at this point?

Current game : skill cap is too high, that’s why player distribution is in the lower ranks. My belief the game should be more evenly distributed. Ultimately there should be generally more “high” level play if you want more “replay” value.

If everyone is slugging it out in silver and gold no actual high level coordination/ strategies occur - overall. Less people are drawn back for the “high brow” play.

What could help:
The actual skill being tested is awareness - and the ui being done to eliminate clutter makes a player rely on too many things going on around you, without actually showing you, or skills like cover but the game has a cartoony feeling (no peeking).

OW - played the game since release not playing much else - pains me to say. Not worth it.

Ow2: you have to wait and see

Short answer is… You will never reach the skill cap.