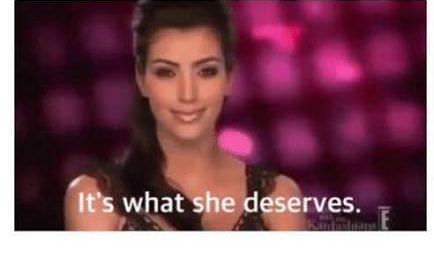 Well, they can’t afford to mess up another rework. It would maybe start to look like, you know… They kinda do not know…?

Pls, I hope they don’t mess up Torb’s rework.

Well, we are already getting new cosmetics every event and already have loot boxes. So idk here

We are very active on the forums and read your feedback daily. Thank you for providing us your accounts and experiences, as it provides insight to us on how we can improve Overwatch.

I have more than double your read time, and I don’t read the forum daily… I would like to challenge your statement and ask you to define “very active” and “read your feedback daily”. I think both those claims are wrong…

This is a post from Mr Goodman as a response to a thread I made a while back.

When we want to buff a hero, sometimes it can be the right call reduce these weaknesses. For example, if a weakness is just too overbearing or a hero just has too many weaknesses compared to their strengths. But more often we would rather amplify a heroes strengths and make the hero just better at what they do, which leaves their weaknesses still around for enemies to exploit and for allies to try to manage.

So how come Mercy has avoided this completely and had her strengths, consistent single target healing and resurrecting, nerfed? I wouldn’t call that amplifying.

Yaaas, point out their hypocrisy. <3

When this trashcan 9.0 (i think?) ends, can we maybe get a response? We were told you read our feedback, so it’d be nice if we could actually see that.

Yeah, called it out in another thread: “All these nicely written lies serve just a single case purposes.”

When they need to justify something, they pay some guy who majored from English to construct some nicely sounding text and post it somewhere. Be it forums or someone will read it from the script in dev update or something. But when they break their own words soon after… Just silence. because what do you say on being called out? Can’t deny it because the evidence is there. Explain why this time it was done differently? Apologize?

Developers note:
While upgrading turrets is a core part of Torbjörn’s gameplay, the way his Ultimate functioned was causing a number of problems. It was frustrating to play against, and it incentivized Torbjörn players to hide away from important battles, instead of taking part in them. This version turns Molten core into a normal ability. It’s still an important part of Torbjörn’s kit, but plays much better for both Torbjörn players and his enemies. Level up, his new Ultimate, gives him the opportunity for big game-making plays and opens a number of new options for him.
We feel like Torbjörn’s rework has been succesful.

Is that a good start ?

Torjörn is granted wall climb and has an increased movement speed.

No, no, no, that would mean they’re listening to the community. We all know that wouldn’t happen.

Continuing the running theme several new heroes that have been added to the game share, reworked Torbjörn can now Stun, Knock down and Knock up enemies.

ok guys lets get to 20k, time for some more mercy memes

I still don’t know how to post images lol.