Doomfist Bug Report: We've Had Enough of the 40+ Bugs

I’ll probably call blizzard support and ask them why or we can keep bumping this hoping they see it and add it to the PTR.

Blizzard clearly doesn’t care about Doomfist, or the people who actually like to play him. They’ll go ahead and create entirely new characters, but they won’t spend the effort to fix a character that has been out for over a year now.

I rely on my punch a lot and I guess since I hold it down before it’s ready it for some reason completely takes my punch away and it goes on cooldown again? Is anyone having this bug too? It doesn’t always happen though.

not all of it is a bugs, but solid post, well done.

Our developers reviewed the video and here are their comments for valuable insight.

Bugs 1, 2, 3
Still working on getting the new shatter technology validated. If it succeeds, we’ll proceed to implement these updates for Doomfist.

Bug 4
This is a result of Zarya’s Graviton Surge grabbing you for a very brief amount of time at the end of her ultimate. This ultimate canceled the Slam but ended before it could pull you in the trap.

Bug 5
This appears to be a client-side misprediction. The client perceived the Doomfist Slam from far above as valid, but the server-side disagreed. Ultimately, this caused that strange experience.

Points 6, 8
If a directed Slam is unable to reach the target due to a variety of reasons (i.e. obstructions from the map), it will now transition to a falling Slam, rather than cancelling outright. Most of the cases (as shown in the video) are caused due to retaining a little momentum when Slam is activated. This may cause you to drift out of the direct path of the target you’re trying to reach. We’d like to improve this!

Points 7, 14
As noted by the video’s creator, activating Slam in the frame when you are no longer sufficiently high off the ground can cause this. We understand it is a frustrating experience and we’ll investigate improving it.

The cancellation of the ability is intended, however, the visual Slam of his fist in the air is an animation bug.

Point 1
This Moira footage is very helpful. If you have footage of it happening to Reaper when he activates Wraith Form or Tracer when she activates Recall would be most helpful!

Point 2
That Mercy was quite fortunate. If you review that footage, you’ll see she was punched back through the small health pack, keeping her alive until you activated your Hand Cannon.

4 + Uppercut Bug #1
If you review the footage, the punch misses and the camera is rotated right from direction of travel. So, it looks like the enemy is in middle of screen, but in all actuality, you go by him. The Uppercut whiff presented in the video is a bug that was fixed in patch 1.30!

Point 8
Overall, this should be improved as of the 1.26 patch. Nonetheless, we appreciate the footage that illustrates and assists us in identifying factors leading to these rare cases.

Point 10
This is hard to reproduce, but the game likely saw Doomfist as colliding with the wall (a map obstruction) to the right. This was at enough angle to stop Doomfist entirely. Since there was no wall in front of him, there’s no wall impact effect visible to make it clear what happened in that scenario.

Points 2, 3
This experience should be improved with the latest update.

Bug 4
This is a bug and on our radar.

Point 1
Climbing over walls in the regular camera view is intended, though it does need improvements to consistency.

Bug 2
This is a bug and on our radar.

Point 3
This should generally be resolved. However, please post any new videos if you run into this issue again, this will help us identify factors that lead to these rare cases.

Point 4
This is not a bug, Meteor Strike doe not let you move through walls, including Mei’s ice wall.

Point 1
The damage can be done after death, but you can’t gain shields after death. Dying mid-Slam doesn’t remove the damage area.

Point 1
Some causes of this should be fixed, we’re still working on reproducing some of the rarer cases.

Point 2
This was a client-side misprediction due to dropped packets/latency (as noted by the symbol on left).

Bug 4
This is a bug and on our radar.

Bug 5
This is related to the #1 Slam bug. This should now be fixed for Reinhardt, but we’re currently working on fixing for Doomfist.

This video was very helpful. Thank you for taking the time to record this footage and share it with us.

76 Likes
Seismic Slam change Ruined Doomfist
Who are the top 3 buggiest heroes?
How is Doomfist one shot capability OP but widowmaker isnt?
It's been awhile, but things are looking better
Doomfist is an OP hero with 0 bugs
So the message is clear. They don't care about doomfist
Overwatch Blizzard/Developer Post Directory - Last Updated: 9/12/2019
New Doomfist bug
When will Doomfist bugs get fixed?
Knockback Observations as requested by Jeff
Doomfists new uppercut and slam bug
🐞 Doomfist updated bug list (nearly 50 bugs)
Haychii-2819 14 December 2018 21:28 #27

If the same vid will come out for sombra, can you break them down?

Finally Tom. Thank you. I’ve been waiting a reply for so long you don’t understand.

Tom will it be possible to not patch the diag punch? The punch where it goes diagonally in the air if you punch at a object at a certain height / angle? It gives doomfist more choice of doing rollouts and it increases his skill cap by a lot. You guys kinda already nerfed his slam distance can diag punch please not be fixed? It is a advanced ability

So before I begin I want to say that “diagonal punch” (as i decided to call it) is a bug with doomfist. What is diag punch? https://youtu.be/Wnalkeklht4?t=633 So every DF player has experience this diag punch bug. I haven’t seen any DF player attempt to “abuse” this bug and figure out how it works to make it a mechanical skill on doomfist. Once I figured out how “diag punch” worked I made a tutorial on it and a lot of DF players decided to find their own roll outs using “diag punch” Here is …

Tom please take into consideration to not remove the punch that makes you go diagonally into the air. Please.

Hello, i would like to know why the ability to pull enemies in on Doomfist’s Seismic slam removed as a whole?

So this is the change i’m talking about…

I read the patch notes and the developers comment on his changes but there’s absolute 0 mention of why they removed that part of his kit.

Developer Comments Doomfist’s high mobility allows him to engage and disengage from extremely long range. Decreasing the range of the targeted aerial version of Seismic Slam requires him to get closer before engaging an enemy and makes it slightly harder for him to escape from combat. The loss of air control on Rising Uppercut was a frustrating mechanic for players, but it allowed Doomfist to set up combos. We’ve found a decent middle ground by limiting the amount of time Doomfist has to line up his next move. The Meteor Strike changes will make it harder to secure easy eliminations on heroes without mobility abilities, such as Zenyatta or Ana, while still preserving its maximum potential damage when aimed well or when combined with other abilities such as Graviton Surge or Sleep Dart.

I am trying to understand why this was removed such a small thing but much needed on his seismic slam to pull enemies in so you could combo it in his Uppercut ability.

Now after this patch if you hit someone from the farthest point of his seismic slam there’s no way your uppercut can reach cause they just walk further backwards also the animation is too slow. this wasn’t a problem before.

In a match of chaos its makes it hard to track and follow up on the one’s you’ve hit… Guessing if the enemy you’ve slammed will be hit by your uppercut because they can move really fast out of it is not fun. It’s even worse if the enemy has a lucio because of the speed ability.

One more thing i like to mention is that the uppercut and slam are really buggy because enemies sometimes get a Superjump when you hit them with the slam at the same time they use jump, now if you actually land the uppercut while they were in the superjump they get an even higher push upwards to the point they basically go flying across the point. There is no way you could have predicted that and would be impossible to follow up on it.

I and the /r/doomfistmains community would really appreciate if this effect of Seismic slam could be reverted to its state where it pulled the enemies in for more consistent combo’s.

Thanks, hope to hear a respond!.

When is Seismic slam’s pull effect going to be reinstated?

these posts are the best. like,um no…that’s how it’s supposed to work. deal wit it.

but for all the flack given about dev feedback, it’s awesome you guys address legitimate complaints directly, such as bugs and such, thank you so much!

Are u guys going to fixed this meteor strike bug? The center ring is smaller, but the patch notes says that it was buffed.

Two things thing I want to ask are about the latest patch.

Seismic slam appears to have no pulling effect at all. The patch notes said no more loss of air control so I assume this is a bug.

The second is meteor strike. The inner circle’s sizes seems to have been decreased the opposite of what the patch notes say. These are from when it was on PTR, but here is a comparison: 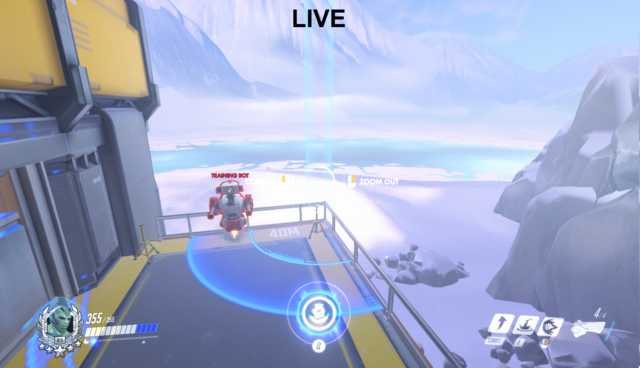 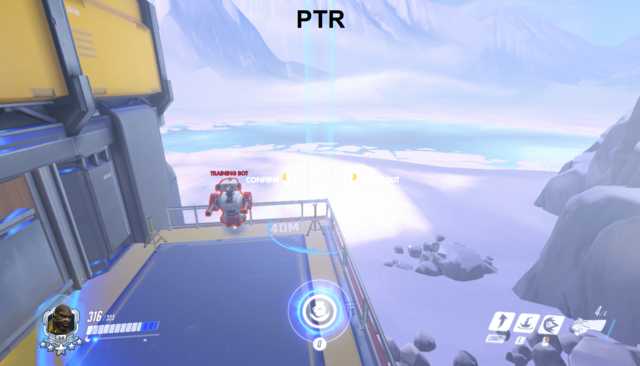 It has already been mentioned, but seeing how it was mentioned on ptr multiple times and still went through, I want to ask if you all have noticed the bug on doomfist’s ult,l where his inner circle was decreased even though it is claimed that it was increased. DrClan provided a nice picture above of this bug.

This Moira footage is very helpful. If you have footage of it happening to Reaper when he activates Wraith Form or Tracer when she activates Recall would be most helpful!

Slow down the video and look at Tracer’s recall icon

Stun gets canceled on Wall Impact for all characters. It’s not exclusive to Reaper/Moira/Tracer

This info is amazing but are we just gonna gloss over the fact that you found a way to multibox?