Please rethink the ranking merge. It’s not apples to apples.

Competitive ranking stats made on PC & Console pools will stay separate upon the merger.

Competitive ranking stats made on PC & Console pools will stay separate upon the merger.

Aren’t pools going to be merged/crossplay in ranked now?

Idk, Plat is average. I was giving them SOME credit.

Console players will still have their own console pool rank separated from that of PC players (not to mention console players cannot play in the Competitive PC pool anyways).

(Trying to think of question for Sym’s TTK as a DPS for a topic today but waiting for coffee and saw this.)

Great, thanks for response. I suppose I misunderstood how crossplay will work in OW2.

It’s okay, crossplay is not really changing from what we know of it now. Cross-Progression is the big news that came out yesterday and you can get all of the details here: 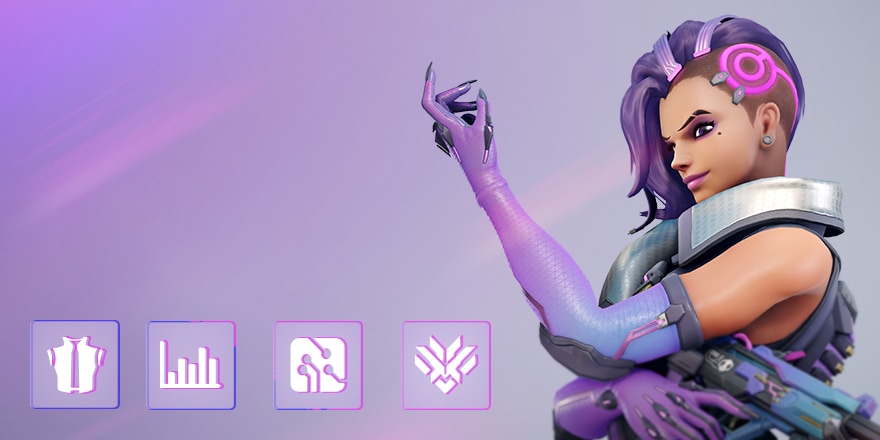 Your data on your Battle.net and console accounts will be merged for Overwatch 2!

Got it, I hope I don’t mess up the transaction. (Honestly loading up the old PS4 did cause me trouble.)

I guess people who lost their consoles have no hope anymore.

I guess people who lost their consoles have no hope anymore.

No, they are still good to confirm. They need to make sure they are linked at account.blizzard.com/connections and then confirm when logging onto the PC version of Overwatch.

When I went from console to PC as a widow main it was so easy to play i felt like i was cheating. Instantly masters on PC. PC kids have it easy

If I had my console account linked to a different battle net, unlinked it and linked it to my main yesterday, does the progress still crossover or was it too late?

Any news on mouse and keyboard support on console please?

The only difference is it’s harder to aim a controller. They aren’t just magically better on PC - it’s just easier to hit shots.

The only difference is it’s harder to aim a controller. They aren’t just magically better on PC - it’s just easier to hit shots.

No, because console & PC comp ranks are still entirely different. Your rank on your PC account remains the same. If you were, say, a T500 player on PS4, but also had a switch account connected and that switch account was silver, it takes the highest console rank (so, the PS4 T500 rank) and applies that rank to all console accounts you have connected to bnet, meaning your switch account is now t500. Your PC rank doesn’t touch console whatsoever.

If you aren’t t500 on PC, but are on console, your PC account will get access to the T500 sprays and player icons you earned, but that’s it, according to the FAQ at least. It doesn’t make you an instant t500 player on PC, nor will your PC account suddenly be matching with t500s the next time you do placements. All you get are cosmetic items. So go ahead and wear that t500 player icon, it’ll be pretty obvious that you aren’t t500 where it really matters, which is how it is currently with people who get t500 in things like copa lucioball, yet they’re still silver DPS players.

I know how it works. I was commenting on the ridiculous post saying masters in console would be plat in PC.

I couldn’t see who you were replying to. Your post wasn’t backlinking to anyone, nor were you quoting a post (obviously) in your reply. But as long as you get that this isn’t really a change for anyone except those who are getting cross progression on switch (because lol switch comp pool is a joke that isn’t their fault), we’re good.

Thanks for the clarification!

When there is no backlink, it’s always a reply to the OP or the previous post.

I’m not sure why we have to be “good” but now you have the context, it should now be obvious to you that that is not what I was talking about.

People who actually believe masters or especially grandmaster console players are the equivalent to plat pc players definitely aren’t above plat themselves.
The only difference is aim and that’s quickly picked up going between the two.
For whatever reason, some people have this idea that the game skill just doesn’t transfer at all.