does that also apply to robbing me of my golden weapon currency because they made a mistake and reverted my purchase? probably… i didnt bother complaining, because the gold weapon skins are tacky and ugly anyways.

No one (at least able minded people) want this🤨 ohhhh wow highlight intros so cool? Bruh step up your game and this awfully monitored game actually then decide how to monetize your game

No need for you to be so disgruntled, it’s just a game

People might not be as disgruntled if they had not been robbed of a product they had already bought and forced to play this watered down cash grab garbage in it’s place. So many long term players just up and left because this game was screwed so hard, the player base isnt the problem here and we have every right to call this company out on their greedy tactics.

Get off your knees, clown

Oh… YET ANOTHER DELAY… Who’da thunk! There needs to be a mass layoff at blizzard so y’all can hire some competent devs. This is literally unacceptable at this point.

PLEASE DO SOMETHING ABOUT OWL REWARDS, THIS IS BROKEN.

YOU STOLE OUR TIME WITH REWARDS THAT DIDN’T ACTUALLY WORK!

Please do something and give us our promised things

Thanks for the info!

(…to forum regulars, this is how you do polite & concise feedback that is likely to be listened to…)

Get off your knees, clown

Optics is great, but the other two are extremely low effort and uninspired. Makes sense since they wouldn’t want to waste time for free stuff for the poors they clearly have disdain for… Just look at the garbage skins they put in the free battlepass track. An out-of-character muddy military skin for Winston, and a Cassidy skin with a “screw your eyes, here’s the most garish skin imaginable!” theme.

In case anyone was wondering I STILL don’t have anything except the pulse pistol name card, I am so disappointed.

guys the quicker you reach the 5th stage of grief (acceptance) the better. accept that blizzard entertainment scammed the xhit out of all of us and we can’t do anything.

just never forget what happened, etch this scam into your memory

Why is twitter marketing the kiriko highlight as being available today rather than on monday? I logged in and got nothing. 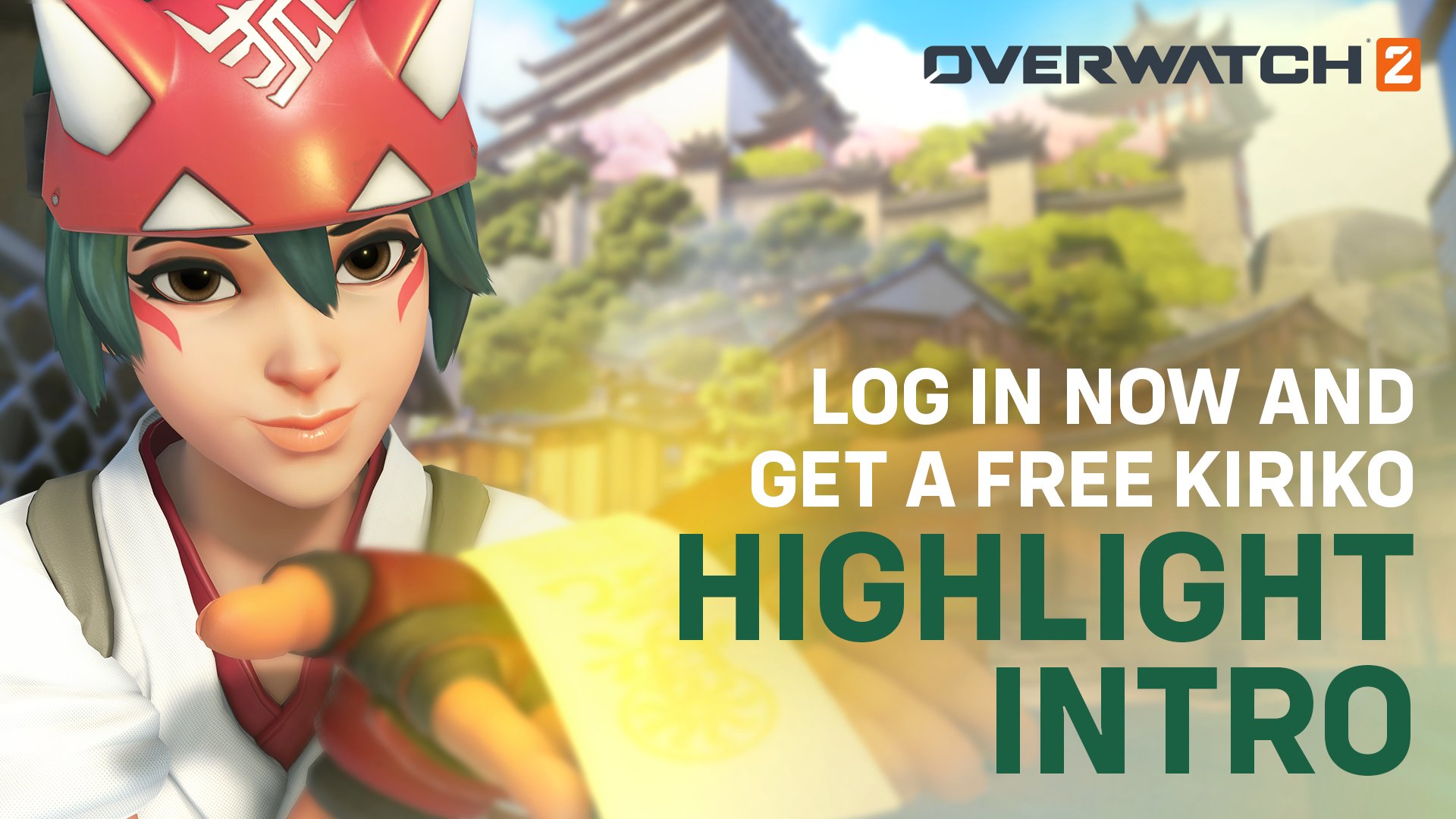 Exactly! Why can’t there be freely earned lootboxes alongside the paid shop and battle pass? Go ahead and put exclusive stuff in the shop/battle pass, and then after a year, let people get it via loot boxes. Those who want all the new shinies ASAP can pay for that, those who don’t (or can’t) will eventually have an opportunity to get it, and then folks who want somewhere in between (maybe buying a few really awesome things they love, then waiting for the rest in loot boxes) can do that too.

good to know its not just me

It’s not just twitter, the battle.net app also has it listed. If you’re going to delay something, you really need to update your marketing or you’re going to annoy even more customers than you already have with yet another blunder.

Man, it’d be nice to have my OWL rewards… I’ve only gotten 3 skins, and I’ve watched more than 3 hours of OWL. I watched the required time to get the JQ, Sojourn, Kiriko skins. Step up your game Blizz. Also, why make doomfist a tank, he was stronger and had a higher pick rate as a dps, with rammattra coming in, why not send doomfist back to dps?

That tweet has since been removed, and likely fell trap to the same scheduling snafu that caused this update to the original post:

Update November 21: We apologize for an error in the dates that we had initially posted. The next two log-in rewards will launch one day later than previously listed and we have updated our times above.

A scheduled tweet that was missed in the correction after it was discovered. And per the corrected times, it’s scheduled for tomorrow (Sunday) morning, not Monday.

Edit: Oddly enough, when I first logged in for the patch on Nov 17, I got both the Sojourn and Kiriko highlight intros at the same time. I just had to log in again for the Junker Queen one on the 22nd.

Why can’t there be freely earned lootboxes alongside the paid shop and battle pass?

That is mostly because countries saw any and all loot boxes, regardless of cost, could be seen as gambling, and banned them from being in any video game. Blizzard complied to allow their games to still be played in those countries.

The issue now is that for the same effort of completing the dailies/weeklies, we used to earn roughly 10-15 loot boxes, or about $10-15 worth of cosmetics/legacy credits. Now we’re earning $0.60 for that same effort. And the shop cosmetics offered cost $28.50/week on average (in highest value propositions, i.e. purchasing coins $100 at a time. It’s currently 3312.5 coins/week on average to purchase everything).

That is mostly because countries saw any and all loot boxes, regardless of cost, could be seen as gambling, and banned them from being in any video game. Blizzard complied to allow their games to still be played in those countries.

… just sayin… but if we didn’t have a way to PAY for them… they wouldn’t be gambling.

i dont know any yoga poses like that, usually you sit cross legged.

log on third times now.didnt get my highlights intro