As a former apologist, I have lost hope

Without being pedantic, I want to point out that there was no release date or beta date communicated in yesterday’s earnings call. While I’m not prepared to discuss dates with you here today, I want to quash the rumor of a 2023 release date as being somehow “official”.

Hey AndyB, Can you at least finalized for us what Geoff wants out of Sym for OW2 at least?

Geoff left us alot of questions unanswered and only came back with talking about Role Reworks for other heroes.

Can you find out if Sym is getting a role rework… So we can finally put that behind us…again?

(Blame Geoff for bringing it back up back around March.)

The language used heavily suggests the games won’t launch in 2022. So much so that I’d say they should’ve reworded it if that wasn’t what they were trying to say.

If they started putting out a development update every couple months, talking about changes they are making or new ideas they are experimenting with, it would help maintain some interest on the title. At this point I’m not confident they won’t scrap the whole project.

Of course I’m not a game developer but I will like to give you my pov on matter, I get there was (and there is still) a world pandemic so personally I had patience with the delays.

I played this game since the 1st day and I really loved it, but what I liked is that we had some significant content at least each year. a new map (not dm maps) , a new hero, and a new cinematic (personally my favourite content)

slow patch notes to balance the game , I don’t say every 2 weeks but at least monthly.

that’s what we need to make this wait more acceptable, I know it take a lot of time when is about coding a game… but we are here after 2 years of nothing

and last but not least the comp balance mm… had a game where there 4 different ranks together! bronze, silver, gold and plat!! not that happen often but that was both sad and funny to see

One rumor to clear up: I’m seeing a lot of folks assuming a launch date in 2023 is wrote. Without being pedantic, I want to point out that there was no release date or beta date communicated in yesterday’s earnings call.

Careful there mate, don’t wanna get hopes up for more 2022 speculation now lol

Even if its wrong to say 2023, I’d still prefer a later than needed assumed deadline than another uprising over another assumed delay. Unless you’re saying 2024 is more realistic in which case… Uhh… Crap.

Thank you for taking the time to help clear things up!

Hi Andy. If it’s okay with the rest of the Overwatch team, could we get some sort of roadmap?
Or at least hear about what you have planned for OW1 as it feels like it is on life support. 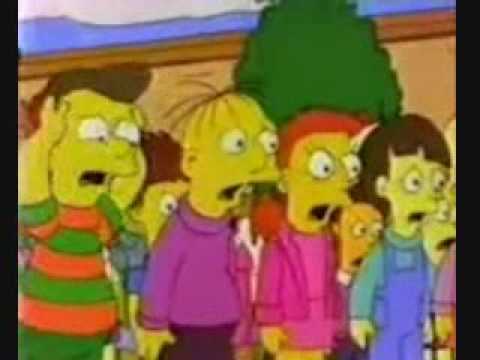 (Because Geoff never dismissed that from around March.)

One rumor to clear up: I’m seeing a lot of folks assuming a launch date in 2023 is wrote. Without being pedantic, I want to point out that there was no release date or beta date communicated in yesterday’s earnings call. While I’m not prepared to discuss dates with you here today, I want to quash the rumor of a 2023 release date as being somehow “official”.

Just tells me I need to make a more updated version of “Here’s how to overcome the design hurdles in OW2 balancing”.

Clearly something is taking longer than expected. If I had to guess it’s, it’s either Hammond/Doomfist related, or Sniper related. Since the other design problems have relatively easy solutions.

It’s inexcusable to go this much longer with no content.

This is the classic Blizzbones way - release an amazing IP, and slowly bury your own game into the dirt over time with a lack of content, and poor balancing decisions.

Make no mistake, when OW2 does drop, we won’t have any more content than we would have if they had kept with the original OW1 pacing. What are we owed by this point… at least 5 new heroes? I doubt we’ll launch OW2 with more than that lmao

So, I realize that this is probably way out of your hands, but if you’re collecting feedback to give to the right people, I have to ask:

If OW2’s PvP is planned on being a free upgrade anyway, has the team considered trying to ease some of the tension and frustration that players are having by simply trying to provide that content earlier as part of regular updates anyway?

I realize that you obviously want to make OW2 a big upgrade, but I can’t help but feel like there’s no real benefit to waiting several years to release one gigantic free patch, versus iteratively updating the game over time. The whole “game as a service” style approach tends to work fairly well, as can be seen by lots of indie titles in early access, and free to play games.

Obviously I understand that at times there are larger updates that may take some time, and there is likely some overhead with being able to introduce new content that wont necessarily align with future plans (e.g. releasing a new hero balanced for 6v6 while trying to create 5v5), but it seems like there’s a lot of other content that could be released with far less issue - new maps, new game modes (push), engine upgrades (including all the graphical/shader improvements/skins, weapon sound effect updates, etc).

It seems like there would be a lot of interest involved in maintaining player interest. I’m sure you guys have your reasons for trying to do it the way you are, but at some point I just have to wonder if theres a sunk cost fallacy involved, and if there’s maybe a better way to approach it.

It’s inexcusable to go this much longer with no content.

I’d argue they should just start cramming as much 5v5 reworks and mechanics as they can into 6v6. ASAP.

Even if that means putting in a jury rigged gimmick to block or heavily discourage DoubleBarrier.

Just tells me I need to make a more updated version of “Here’s how to overcome the design hurdles in OW2 balancing”.

Once more ow forums are ignored in favor of reddit

This is actually the least useful kind of feedback for almost any development process. Jumping straight to the solution without having a thorough understanding of the root cause of friction minimizes the role of designers and can often lead to “fixes” that don’t take in the full width and breadth of a given area of frustration.

Hi! Here is some feedback: low ranks on Asian servers are swarming with bot accounts from account reseller shops.

It’s not subtle. The accounts are literally named after the shops that sell the accounts. I see one nearly every match. I quit overwatch six months ago because they were everywhere, and now that I dip in again nothing has changed. It’s still the same shops, same account names. It gives the strong impression that Blizzard has abandoned the game.

They could just release 5v5 and the balance that goes with it as a patch TBH. “OW2 beta competitive mode” and we get the new heroes and maps when OW2 actually drops.

It would be something.

While usually that type of feedback isn’t that useful, as a rule of thumb.

Your typical forum poster doesn’t have decades of class based shooter design experience, and about 600 hours invested in solving the specific problem they are trying to solve.

I really just want OW 1 fixed at this point lol Trusting OW 2 is already sketchy and now??? All hope is lost. Lost in the year 2023.

News that a team is taking longer than anticipated with a game is never easy, especially in a case where players have been eagerly anticipating any information about release, beta, etc. The forums, reddit, and social have all been a reflection of the frustration I believe a lot of OW players are feeling today, and that’s ok.

Why did you intentionally sink OW1 and leave it for dead?