Locking LEGENDARY skins behind paywalls is becoming a dangerous norm

Yes, this is in regards to the Blizzcon skins that come out to around 50$.

Now, why is everyone making a big fuss out of this, but not the last three?

For starters, the first two Blizzcon skins were EPIC skins. Keep this in mind. There were no visual changes, no remodels, etc. Just a harmless little bonus that extremely dedicated players would buy, at around 40$ at this time by the way. Keep that price in mind. 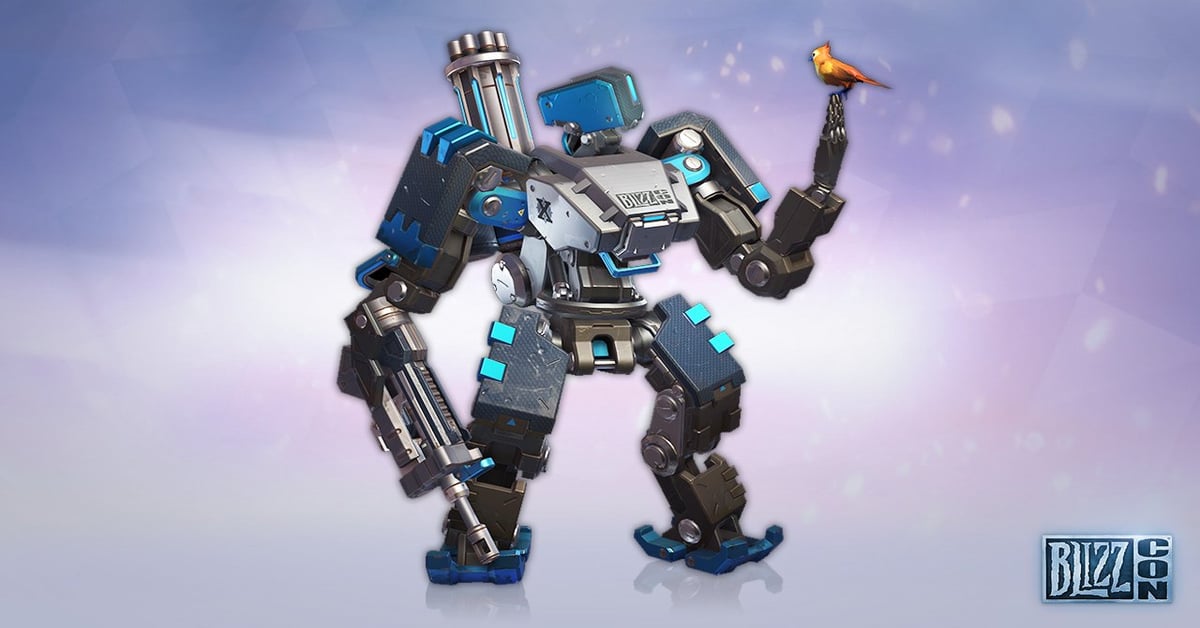 …But, then came this beauty. 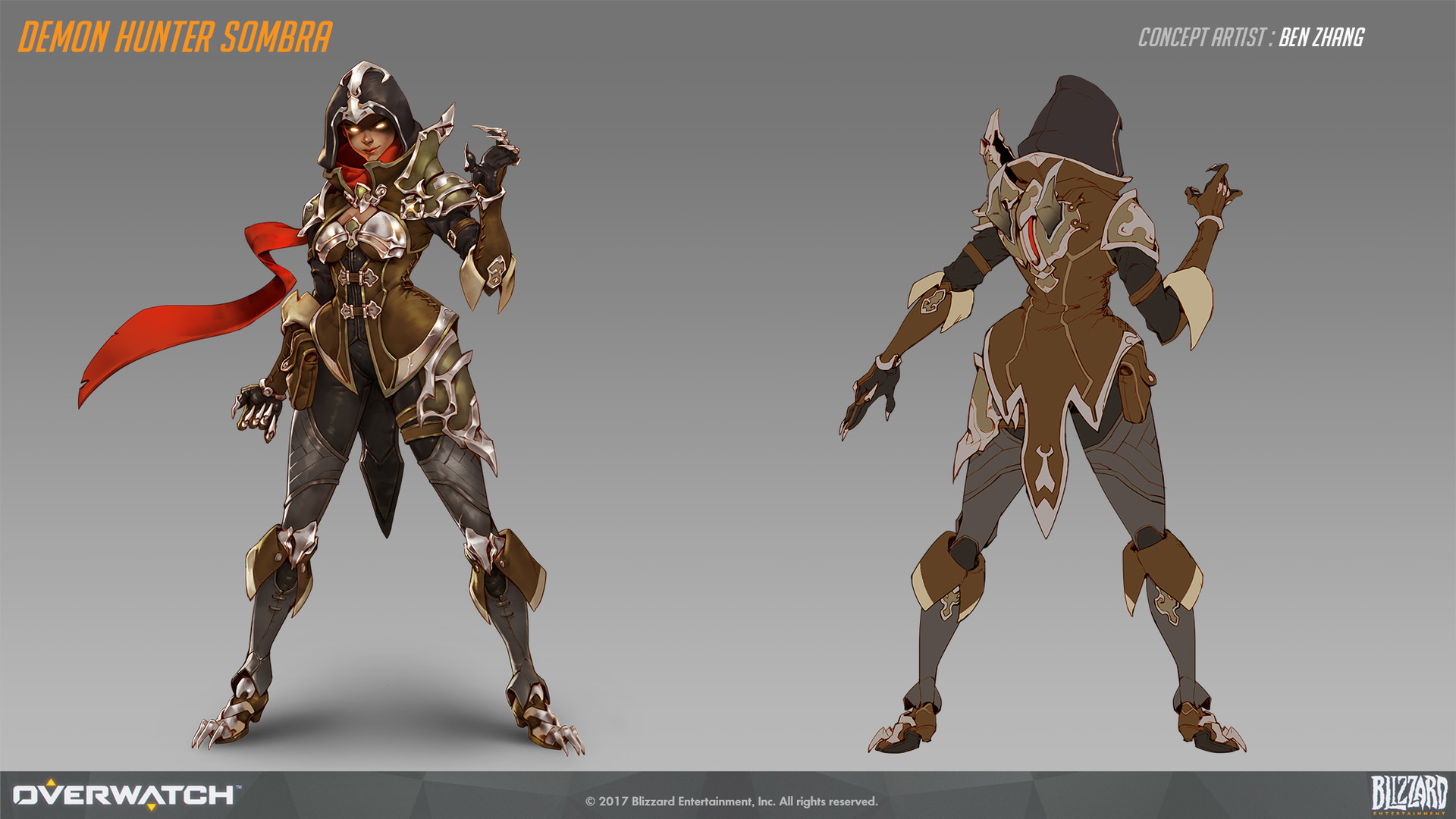 And man, as a Sombra player, it looks amazing. Problem is, the Blizzcon virtual ticket was hucked up to 50$. For those who only play Overwatch and could care less about the other Blizzard games, this was a bit pricey for 50 dollars.

So, good news came out that this skin would be released at a later date outside of the pass, making the pass owners and the non pass owners happy. Win win, right?

Well…Demon Hunter Sombra still hasn’t come out yet, and then they introduce these guys… Updated: Its out now

Ok, so its the usual we’re used to now, except now there is two skins involved. Pretty sweet, yea? But heres where the problem arises: As far as we know, these skins are EXCLUSIVE to the pass, meaning you WONT be able to get them unless you shell out 50$.

This is why people are making a fuss out of this, because they’re LEGENDARY skins we can’t get unless you pay 50$.

This is almost reaching EA levels of microtransactions.
This is absolutely not okay.

“B-but you buy the pass with the other things included…!”. As I mentioned earlier, some people only play Overwatch for Overwatch, and it doesn’t help the game has had a massive content drought for nearly 2 years considering they’re not working on events anymore AND only supplying 4 skins per an event now. This is unconfirmed for Winter, but I can promise you this will be the case as well.

And considering MVP skins are also locked behind a paywall, albeit being much more fair since you can just sit in OWL chat and farm tokens, its a slippery slope of skins being slapped behind paywalls that can only be unlocked with real money.

Do not let them keep doing this. This is just the tip of the iceberg. If you put up with this crappy business practice, then expect a LOT more of this.

I see no issue

Didnt read. Are u gonna pay for it or not?

If they were selling just the skins for $50 I’d agree with you that its ridiculous, but its not Blizzards fault you only play Overwatch/only want these 2 skins and not everything else in the the Virtual Pass thats why people are ok with it, if it was just 2 skins for 50$ and nothing else you’d see fires in the streets essentially, you dont because its a bundle

unless you shell out 50$

Its actually $230 for me, I bought tickets to attend Blizzcon.

Wasn’t easy, I had to be two hours early in order get it and they sell out in 30 minutes.

Man, the blizzard hate group is out thick today. I guess they got bored staring at the blizzard stocks hopping they collapse, while listening to jim sterling in the background.

Rays’ point is that if Blizz stuck to the usual Blizzcon recolors there wouldn’t be an issue.

But it seems that they are releasing skins for Blizzcon that kinda fell into the Blizzard World crossover skins we got last year.

It’s isn’t Blizzards fault you don’t play the rest of their IP’s. It’s a perfectly fair price for what Blizzcon is, a celebration of ALL of their IPs. All of them. It’s not a celebration of just Overwatch. It’s isn’t an issue because it matches it’s actual value. Just because you personally won’t benefit from everything that that $50 pays for doesn’t mean your skins are $50.

So we’re getting upset because the value of the ticket went up rather than down? I just don’t understand…

Like, I understand being upset that you want the skin but not to pay for it, I feel that way with Apex, but not enough to complain. It’s not a big deal

Wanna know what else you get? Loot for every other game. Exclusive access to Blizzcon. TWO skins is better than one, and $50 is a damn good price.

More frustrated that they seem to be working on paywall skins than event skins in general.

Well, they still are clearly working on free stuff, we can just take the Brick Bastion as evidence of that

Rays’ point is that if Blizz stuck to the usual Blizzcon recolors there wouldn’t be an issue.

Except that isn’t true. People lost their crap over OW having 2 voice lines and 2 flags locked to a WoW preorder. Fraggin VOICELINES.

I love the Torb “For the horde!” line

tbf, blizzard is trying to solve the issue of players just saving coins and buying everything once an event drops. events like the LEGO bastion are a showcase of that.

While true I’m thinking Rays’ biggest complaint is why they changed from having Blizzcon Bastion and Winston to things like Demon Hunter Sombra and Illidan Genji?

Probably just to make people more likely to buy the ticket, just to get more money

There’s still nothing wrong with that though, it’s literally just more bang for your buck if you were gonna get it anyways

why is blizzard under any obligation to give you crossover skins made specifically for blizzcon for anything less than what blizzcon ticket holders paid?

Totally agree. People defending Blizzard like, “other companies do it” and “they’ve done it before” – like how does that make it any better?

Eh you have a point. Then again seemed pointless cause some people who play WoW don’t play OW. My bro tried to see if he could gift them to me cause same household and I play OW while he play WoW.