The first ever role change in the game’s history and the first question I’m asking is, why does Tassadar HAVE to only be one role?

Was there a rule somewhere that says a hero can only have ONE role and ONE role only?

If there ever is a rule, didn’t HotS say it was going to defy MOBA convention? So why can’t there be two roles Tassadar can choose from in the queueing screen, what’s stopping the game from doing that?

Are they worried about destroying it’s non-existent competitive scene- oh wait, that’s not a problem any more right?

Are they worried it might shake up the meta? If so, then I borrow the words we have heard time and time again with new hero releases, we can observe how the changes affect the gameplay and make the necessary changes.

And YOU LOT, yes, I’m talking to the community, you guys are so caught up in debating over ingredients in a cake when the cake shop is going out of business. Is it really the time to debate on whether a hero “fits” in the meta when there isn’t a meta to care about to begin with.

We should be thinking of ways to make the game better and more interesting but instead we’re gatekeeping based on a set of rules written by people who aren’t even working on the game anymore. So obsessed with this hero should be in this box and that hero in that box, when maybe we should stop and think, maybe boxes aren’t working anymore.

That’s it for my TED Talk, thank you if you’ve made it this far. Coming from a fan who dropped out of HotS the end of last year and then came back because of the rework.

Also, if it isn’t clear, the case study was on the devs and the community about receiving the changes.

The first ever role change in the game’s history and the first question I’m asking is, why does Tassadar HAVE to only be one role?

Well tyrande was a support now she is a fulltime healer
But I agree that 2 roles of the same hero would be better like varian, a support and a mage like tass
drink btw

Honestly, not the first reply I thought I’d see but I must say I expected so much more

Ahh, thank you for the continued interest with that edit, much better.

RIGHT?! They can save resources by reusing assets but they can keep adding to the game to make it more interesting

Ahh, thank you for the continued interest with that edit, much better.

Multiclass failed and blizzard gave up

Also the main conplaint about tassadar ws that he didnt feel like a high tempelar.

Suggested on reddit as well, idea completely shot down by the community poll regarding Tass rework.
It’s hard to implement something people don’t like.

I also like the idea of hybrids that can build defensively or offensively. Unfortunately the reality is most people don’t want that. They want clearly defined roles like Assassin, Healer and so forth.

Can’t force people to like something they just don’t want to like. I’m okay with that. Disappointed but okay.
Democratic decision making should rule.

What I’m suggesting is the ability to choose TWO different kits BEFORE the start of the match, DURING hero selection.

So the multiclass issues are not related, the roles available are clear, you either enter the match as Tassadar Support or Tassadar Assassin. Did I fail to present this properly or are people just completely misunderstanding?

That has never happened in the history of HotS, I don’t know if you are proposing fantasy concepts or realistic hero improvements…

They will never let us choose two different kits for old heroes before game starts. They didn’t even like separate kits while in-game (as with Varian) giving us no more heroes like that since his release.

While it seems extremely unlikely, we do also have other super unconventional hero concepts like Cho’gall or Abathur (dual body or even lack of body except for soaking exp).

The game feels so stale now, any of these ideas could be incorporated as a Nexus Anomaly. In fact why not give every hero multiple styles to queue as before the game starts (like assassin Rehgar - healer Rehgar, or full tank Uther - full heal Uther).

Only fear being it will take a ton of work, rebalancing and effort, which is seeming unlikely at this point of development. But it’s a refreshing idea.

It’s a video game, after all. There should be no rules set in stone.

Tassadar to some degree could have easily been a multi class hero way back when they gave him stronger support capabilities. Because of the way talents were tiered, choosing to be more support heavy meant it came at a cost of being less powerful offensively or utility wise.

All Blizzard really needed to do was make archon stronger, and bolster some of his storm talents to give players the flexibility to choose. It’s never really been a problem except for cases in QM where the perception was these hybrid heroes couldn’t heal. They could, they just had to spec and be played a different way.

So, they decided to create these more boring rigid roles. I’ve never understood why they decided to go this route. If people didn’t want to play a hybrid or support character, all they had to do was not play it.

Multiclass didn’t really work with Varian and allowing you to pick between two different kits is kinda just a different way of choosing a character. If every character had two different kits that were slightly similar then I could see that working but Heroes doesn’t seem like it would work with that. I would love for a game to try something like that though with a MOBA, that does sound awesome.

Multiclass didn’t really work with Varian and allowing you to pick between two different kits is kinda just a different way of choosing a character.

People keep saying this, but did it? Is Varian not viable, does he not have multiple builds? Sure, it can be annoying in QM where someone wants to build differently than what was given, but beyond that I really don’t see it as a failure.

Oh I didn’t say Varian is a failure, Varian is great. It’s just the idea of “multiclass” didn’t work. Varian is not a Tank and the “Tank” ultimate does nothing more then let him take more damage and have more health regen. That ult helps try and secure kills, not have him take more damage. If anything his current level 10 talent makes him more of a tank then his ult imo.

He is what Tass could of been, how cool would of it been to have similar talent tree layout?

the same goes for Kerrigan.
She doesnt feel like her psionic self at all…

Yet she didnt get new abilities and change to a mage. 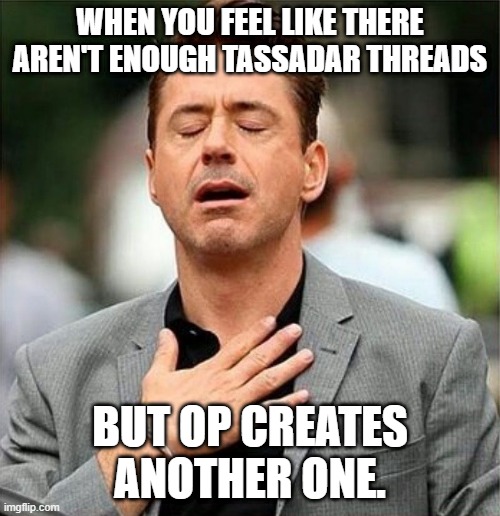 I also like the idea of hybrids that can build defensively or offensively. Unfortunately the reality is most people don’t want that.

the problem is it doesn’t really give you choices usually.

One side is the best. Either in the game because it fills a need you have (Varian’s taunt) or because it is just better.

That being said, what OP suggested is… well. Purely from a choosing a hero it is not an issue.

The issue is the massive amount of player confusion it could cause.

What I’m suggesting is the ability to choose TWO different kits BEFORE the start of the match, DURING hero selection.

and your enemy never knows which you are if you want to hide it delaying, or preventing them from choosing level 1 talents.
Your team doesn’t really know.

You get into lots of visual confusion.

I like the concept, but practically unless they can fling a “body” that one of the two versions can occupy which is distinctly different and won’t “rob” players of a skin it would be a terrible thing which would cause massive confusion among most of the people playing.

Ok so you have the drafting screen during hero league, right?

When you lock in Tassadar as an option you have to choose support Tass or assassin Tass, and it will inform the other team of what kind of Tassadar is chosen.

Just like it would announce Li Ming is chosen, the words will fly across the screen “Tassadar (Support)”.

This is what I’ve had in mind since the beginning, so that the multiclass problem doesn’t repeat itself.

In QM, when you choose Tassadar, you have to choose either Support or Assassin, before you queue up. Again, I don’t think it’s that hard to pull off, you just have two different Tassadars to choose from.

In QM, when you choose Tassadar, you have to choose either Support or Assassin, before you queue up. Again, I don’t think it’s that hard to pull off, you just have two different Tassadars to choose from.

That being said, what OP suggested is… well. Purely from a choosing a hero it is not an issue.

Because, like I said/agree with… the actual selecting which Tassadar is, and confusion that other players have constantly checking which is which, remembering which talents each has when picking counter/synergistic talents…

You don’t see how having a character with two different kits and talents that look exactly the same couldn’t at all be confusing to any players on your team or that you play against? Especially when there is a large degree of overlap.

They could do something if they have a ready model to throw the old Tassadar onto. Karax/sentry or something like that. But I doubt that is ready, and it would take a lot of work to get it up and running.

No, I don’t, because players adapt really easily as the game progresses, you have players who are constantly playing different heroes, maybe sometimes there are some miss clicks, but that happens.

And as they’ve always said “we will closely monitor how players react to this change and make the necessary adjustments”.