BLIZZARD’S A HYPOCRITICAL JOKE!
They support Gay Pride because it’s marketable, but HK’s freedom can sit on it and spin. Also, that non-pology from the President was absolutely pathetic.

Another nice plat game. Tomb of the spider queen, both teams level 16, we killed their hanzo so they had no Arrow, diablo wasted apoc, we had around 40 seconds to do boss + pay and push with it.

So, as this is standard macro and I expect that plat players know about that as well because it’s really basic, I give the call to do boss. No one comes, instead they just clear waves for some reason. After 40 seconds, Hanzo is back, what team decides to do? Boss of course. I had to go help and spam pinged retreat because that was a really REALLY bad call. Team still tries to force boss, they all die and I managed to get out.

What happens next? Everyone on my team “report Guldan for the horrible call, nice call Guldan” and then lots of slurs and everything.

My call was to do a 5 v 4 with their Hanzo dead for 40 seconds while they had no ults and we still had cocoon + horrify. I never made the call to do boss after Hanzo was alive.

Why are people so stupid?

I was about to say something else happened to me in this forum when I saw the note that a topic was merged, yet is was closed then delisted lol.

Oooh I had a couple shocking games lately, all QM.

One today where we had a Falstad and a Raynor duo and at the entry, right off the bat complains about comp. The only thing is they have a Butcher and we have a Murky, which is a bit unfortunate, but not game ending in of itself.

At any rate Butcher proceeds to get hyper fed, mostly by Sam and Ray who have 15+ deaths between them before the end of the game which was short, maybe a little under 15 minutes. I was Samuro, a positively useless hero when you are behind.

However I encounter one real special player the other day, it was a level 1 Muradin, claiming to be in his third game ever. I didn’t notice and I called him out because he was making some shocking missplays like hanging around under a fort taking shots and literally ignoring the obj while at full hp/mana. But knowing he was level 1 I might have been prepared to offer him some helpful advice. Instead this guy turned out to be an absolutely aggressively obnoxious, toxic idiot who got insulted when I said I was prepared to offer him advice (how dare I presume to give someone advice) and further called me a trash player, despite me having the best score on the team, and what the hell would a level 1 know about what’s a good player or not?

He genuinely was one of the more toxic players I have encountered, which I find remarkable because usually it takes years of cynicism to reach such a level, but hey maybe he came from another MOBA.

On the bright side I also had some quite competent teams today so it hasn’t all gone to hell yet.

Because some plat players are hidden bronze players in disguise. They lack common sense, and are properly also boosted to the rank, they have.
Also i bet people dont even read chat in ranked too.

They probably also think the only way to counter the enemy in the game is by attacking them.

nstead this guy turned out to be an absolutely aggressively obnoxious, toxic idiot who got insulted when I said I was prepared to offer him advice (how dare I presume to give someone advice) and further called me a trash player, despite me having the best score on the team, and what the hell would a level 1 know about what’s a good player or not?

Because he live in a delusional world were everything he does is fine and what you do is not. That’s why i stopped giving advise anymore in qm. Most people wont take it or wont listen.

My own thing:
A friend of mine in brawl picked KTZ, she didnt stack. Said the hero was bad. I was like… uhm… 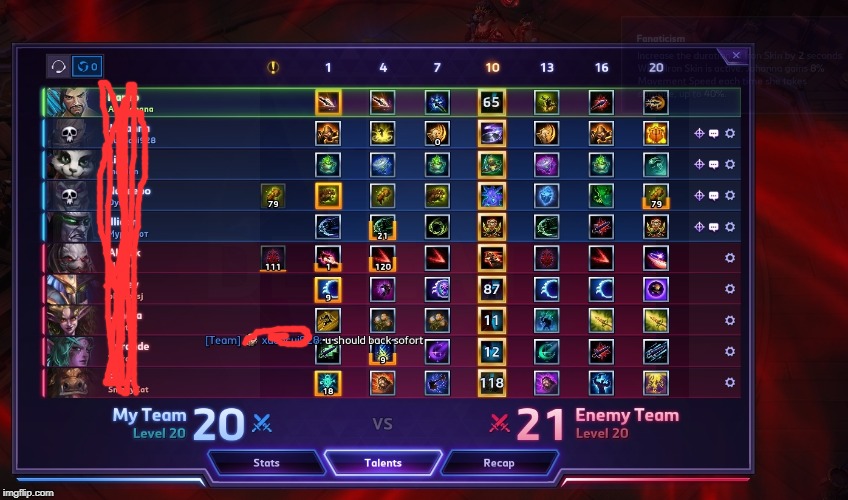 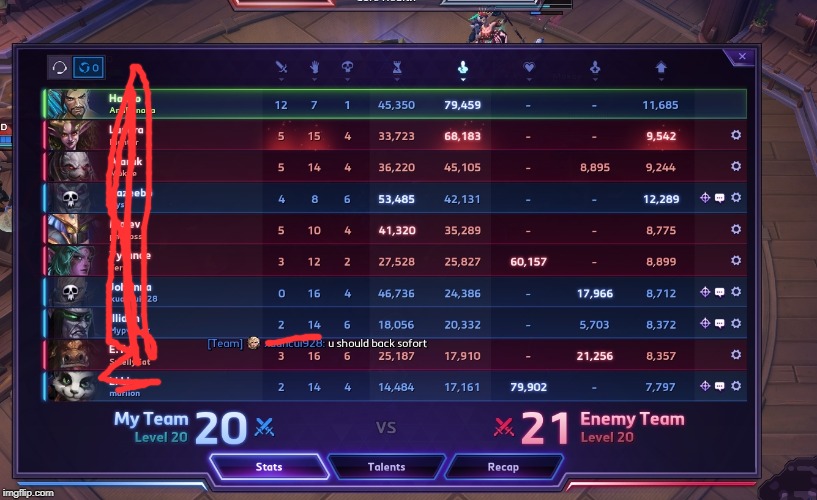 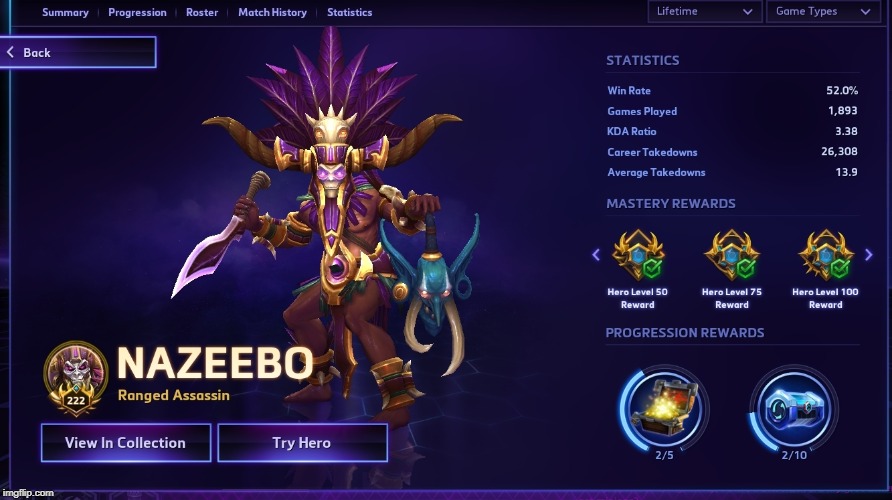 Just a heads up, please hide the names when sending pictures here. We are here to deposito our salt, not to flame specific players <3

Ow sorry I thought because of the no battlenet tag. Ill ask harbinger to reupload

In trouble ming takes glass cannon vs a dive comp

Because fair and balanced, QM…

Weekend people in a nutshell.

If your internet connection is so bad you will spend the first 10 minutes of the match DCing, so you are stuck in one spot, or as a bot, and you feel you absolutely must play SL for some bizarre reason, don’t pick a tank. At least if we are down a DPS for the first half of the match, we have a chance to keep it somewhat even.

I love how on the weekend the game become almost unplayable.
I just wanted to get some level on Orphea and have some fun, but it seems impossible to even obtain a decent and entertaining match.

Are Tychus and Zeratul good bans in Gold 1?

Unranked:
Silver 4 me sees bans I’ve never seen before
Me: “Why are you banning these heroes?”
Banner: “You’re Silver 4, git good”
Me: silent
Banner: “I have reasoning behind my bans, but explaining it to you would be pointless”
Me: hovers Varian when he got banned
Game: disconnects
Me: gains leaver status
Me: queues QM
Me: wins match
Me: leaver status removed

I hate people who are straight up toxic. I was asking honestly because I’ve never seen these bans before and this guy with a pencil up his you know what decided to go full douchebag.

Oooh I had a positively wonderful Hanzo today. Was hanging around in lane on about 40% hp with a nova who we had seen unstealhed nearby, she had AA shells and they were two levels up because my team was feeding.

I ping Hanzo over and over again because he is in immediate and very obvious danger of dying. Hanzo proceeds to ignore me, die to nova and complain how ridiculous it is that she killed him so easily (he seemed to be delusional that he was on 2/3 hp at the time, which he very much wasn’t, not that that make it any safer for a Hanzo in such circumstances.

He later claimed that he ignored my pings because he doesn’t listen to retards and suggested that I should ‘go die’ with a smiley.

Sometimes you just don’t stand a chance of winning.