Nazeebo spellshield lvl 13 talent Superstition, does not get disabled from Liming when playing the Autoattack build. As in if you have empovered autoattacks, your autoattacks note HEROIC BASIC ATTACKS, do not remove the spellarmor. Which is quite ridiculous. 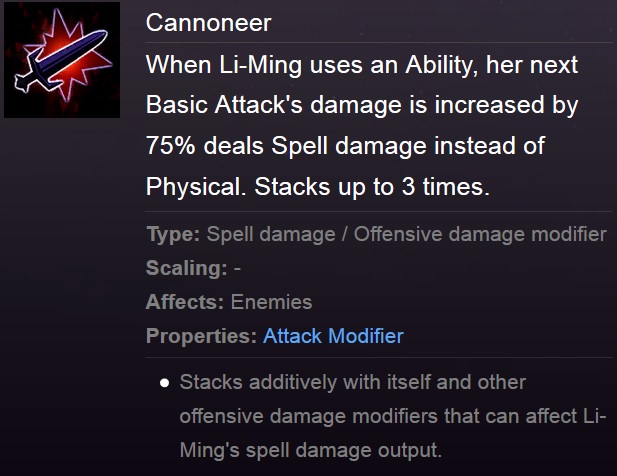 That isn’t a bug, because Cannoneer is an Attack Modifier, which temporarily turns her Basic Attacks into Spell Damage instead of Physical Damage.

Auto attacking with Cannoneer active is the same as shooting Nazeebo with Magic Missiles or Arcane orb.

But the tooltip on Superstition could be more specific and state so, instead of having a flat “heroic basic attacks” text in it.