Developers did very good job with Tassadar rework, but as support main I don't enjoy it

I’m DrLogan, one of the best Tassadar players. I was literally Tassadar by myself and I enjoyed everything about his support version, what is reworked into assassin one and comes from PTR into live servers.

I was shocked that Tassadar was reworked. But after reading rework I was shocked completely. And I won’t say I enjoyed it. I wasn’t able to move and think correctly for hours so I had to ask my brother to bring me as much tea as possible to feel me. But it didn’t feel my empty space, what made this rework.

Dear developers! You did very good job with Tassadar’s rework. He feels good, somehow epic. His new animations feel like you didn’t waste your time with him. Most people will enjoy it.

Me, and other people, what I know, what I met during those last days on forums, or what loves support Tassadar, like me, a lot, don’t enjoy it.

I’m bad assassin player. One of the most terrible. But I’m great support and healer player and decent bruisers/tank. I can make assassin’s life easier by those roles, but I will not carry as assassin, don’t even ask me.

When I heared that Tassadar will be a ranged assassin, I was scared. A lot. I tried to cheer myself up by thinking that:

“They may make him like Medivh - mage-support, what can deal a lot of damage or support his team, depending from talents.”

Yesterday this last hope was shattered. Now I feel empty.

I’m no longer Tassadar main. Everything I learned by myself, what I teached others, what I used for years to have good stats and be one of the best Tassadar mains… Everything is gone.

I can’t… support my friends as Tassadar anymore. My Plasma Shield, what I could use almost on everything to protect, is gone.

My best friends lost their only but the best Tassadar support.
My Tassadar was giving them wings, what made them unstoppable. They felt free and safe, playing with me when I was Tassadar. No matter what hero, what hypercarry, Tracer, any other hero, like Valla, Lunara, Sylvana, they were always safe by me. And they knew it. They were able to go “super aggressive suicidal mod” to get maximum value from their heroes for their team. And they were able to do it because my Tassadar.

Long time ago I asked and prayed for Tassadar’s rework. I regret it a lot. And I will until my last breath. I hope people, who were exciting for assassin version of Tassadar, will enjoy him. People love assassins and kill other heroes.

But… Heroes of the Storm lost one of few support characters.

I lost… myself too. 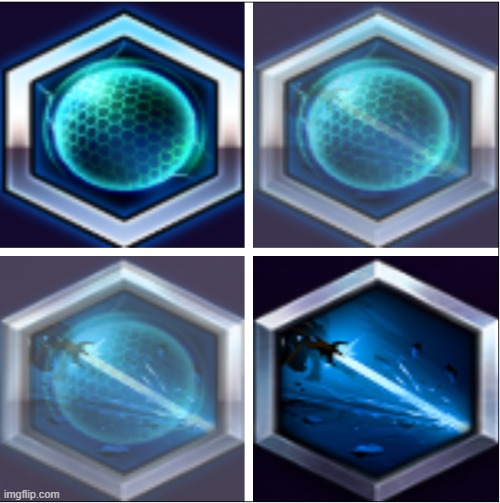 as weird as it was of a thought, i actually liked the fixed skills of a sentry and a high templar

all i wanted was to have hallucination as an ult…

I wanna say they are probably making the next hero into a support. However the next hero would probably be a OW hero. So there are only two options for a support OW hero.

That being Symmetra and Sombra, and I am kind of stretching Sombra a bit. I am not sure if you are a big fan of those heroes or not. Though sadly both of them would not be the old Tassadar, not even close.

Sadly I am not sure when we are getting a new support. There will probably never be one like Tassadar to be honest.

I will admit support is one of my favorite roles, and it is kind of a bummer they lost one hero.

Hopefully they add a new hero with a kit similar to old Tass, so at least you can play something similar. Well, I would love to have a new support hero that gives shields like old Tass with a more supportive kit. Support is definitely one of the most fun roles to play. You definitely don’t shine in the game, but you make others shine, which feels great tbh.

You definitely don’t shine in the game, but you make others shine, which feels great tbh.

This is what I loved as Tassadar.

“You don’t carry, you make other people to carry by your tools”

“You don’t carry, you make other people to carry by your tools”

Can I advice Arthas the lich king?

I play his as main tank with D+Q builds with Lucio. Looks good.

Lucio + Arthas is such a good combo. Lucio helps you engage with mov speed, and then the enemy team won’t ever leave the battle because Arthas and Lucio reverse amp lmao.

Edited: Add Blaze to the solo lane and now just wait for the enemy team to engage and then never leave

You and I have spoken in another thread quite respectfully I am new to the forums. I think we agree that tassadars previous kit should be in the game and that we would have both liked something a little different for his rework. The odds that the developers would have had the same vision as you or I are almost 0% and I think that it’s close enough to be acceptable. Reading this post and some of your previous posts causes me concern however. Concern for you personally I’m worried that you are identifying with this video game character too much. You should not be in a catatonic State because a video game character was changed that is unhealthy. Do what you have to do to get through this but I would re-examine your attachment to this game and to this character in particular. I sincerely hope you’re doing well.

If to be short, I was talking about Tassadar 2+ years anywhere I could. If you search “Life on the Forums looks like…” series on forums, you can see that I was making some arts, mostly about Tassadar.

He gave me a lot of things.

No one is saying that you shouldn’t have things that make you happy and add to your life. The level of attachment that you are showing however I would think most people would reserved for close friends and family and beloved pets. Video games are meant to be a distraction they are not real changing the video game character should not leave scars on your psyche. You’re your own person and can make your own decisions I would just hope this would be something you might think about.

Have to say it was kinda hard to read.

Can I advice Arthas the lich king?

Oh yeah sick combo with Lucio for sure, love doing that with him in SL

I wasn’t able to move and think correctly for hours so I had to ask my brother to bring me as much tea as possible to feel me.

Yes, you were traumatized. This is common after experiencing the death of a loved one. I went through a similar experience… Blizzard… how could you do this…

I do quite enjoy the rework, even if I haven’t actually played it yet because internet being cuckoo. As someone who loves laning, the new waveclear makes me like the rework even more.

Despite being quite contented with the rework, there’s that part of me who loved all of Tassadar’s previous iterations, really sad. He had the best escape, great ults, decent talent tree. He was also my very first bought Hero from the old “Healer” category (2015).

I am hoping maybe devs can use his old kit and incorporate it to a Hero who fits it best.

I am hoping maybe devs can use his old kit and incorporate it to a Hero who fits it best.

I really, really hope they will do it.

Remember that this rework also means that there’s now an empty slot for a fully shield focused support. Although, looking at the current state of the HotS team, I can’t get my hopes too high.
I know that for you it wasn’t only a matter of shields, but you should stick up to Zarya now, at least untill the Tassadar Whitdraw wears off.

You’ve made the comparison to medivh before – in the hopes of a mage-like support – so I’m kinda curious why you haven’t just transitioned to him?

Yea, there are some differences in waveclear and the solid separate from the wall (compared to leyline seal) but a lot of what you describe of liking for tassadar and how you even describe seeing him ‘reworked’ all seems fairly similar to what Medivh can do. So that’s seems a closer outlet than nothing imo.

a brief period of protection is not comparable to a damage absorbing shield. let’s stop with this notion that tassadar and medivh are at all comparable.