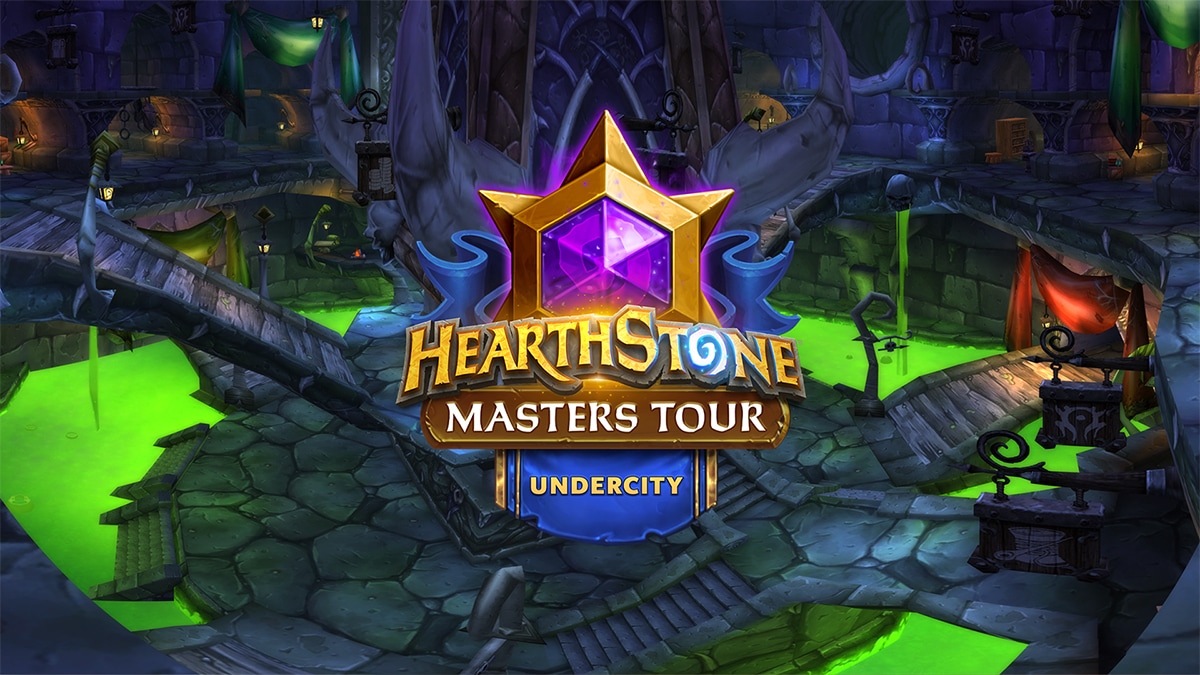 Masters Tour Undercity is this weekend, November 19 - 21, only on YouTube!

It will be very interesting to see, but I really want to know when will be ready the next card expansion?

Hearthstone is in a really bad place right now. Participating in/watching these events tells them we are okay with the status quo.

I don’t care if they give viewers a free pack every 30min, it’s still not worth it. Until ATVI realizes that investors alone can’t keep the games going, nothing will improve. Until we, as players/paying customers, speak with more than just words, ATVI will never do anything for our benefit.

That being said, the last time I did watch one earlier this year, the viewer count never exceeded ~2500. From what I have read, recent events have struggled to hit 2k viewers. Earlier this year, they help the Grandmasters World Championship finals and that had a hard time even reaching 14k viewers.

Part of it is obviously the switch from streaming on Twitch to the disaster of trying to stream on YouTube. It’s a major downgrade for viewers. Why would we want to move from a service dedicated to streaming, to a platform that is more about videos and advertising dollars?

I’m hoping that numbers continue to fall and they finally start listening.

Free pack every 30 mins? They are so desperate to keep viewers you get one every 2 hours.

Never should have left twitch

I hear ya. Every 30min was just to reinforce the fact that they could increase the rewards and I still wouldn’t watch. I watched one earlier this year and got the some. Even then, you could only get up to 2 packs each round of competition (i.e. you could only receive 2 packs maximum for the entire Semi Finals round).

Even with that, viewer numbers never broke 3k while I was watching the tournament over the couple months it lasted.

The only reason I can think of that they would leave Twitch for YouTube is money. Advertising revenue is the bane of YouTube. They are trying to please investors, not players/customers.

Taking the company public was a terrible idea for everyone. . . unless you’re short selling them.

Make me curious about their real game plan.

At least you can get the packs by watching muted tabbed out.

I mean i’m not complaining about the casters, they try their hardest. But just ever since the Blitzchung incident as well as the rules against casters streaming, i almost build up no idea of who the people are from the streams itself while back when they streamed, almost anyone could get a idea of Who Kripp, Trump, or anyone on twitch or youtuber were. I feel like they make steps, but i feel like it could be neat if there could also be options to let the players talk too, or offer the 2 hr rewards maybe for watching past event videos or maybe they could like write a title card of something about them, even if it was like super ficial like idk. I’m just a fourm poster but something like “Hi, Im [#generic muted face on a youtube screen Number 258], I want to defeat generic face #257, and win 250,000$ to save my sister, buy a plasma screen Tv, be the king of Yugioh, and ride a BMX into the sunset while laughing at my brother or something”

Not to say they need to be rockstars, and i know the players certainly are talented and have their own personalities in the tourmanent discord just… Like when there’s 250 of em, just help give em a little bit of personality helps.

It’s hard to relate to someone you don’t even know when a lot of the old names like Trump and Kripp and Amaz (Scamazed!) and Toast were around, they were huge personalities, but Aside from like watching some Dog Dude once on a twitch i really have no idea or investment in who any of these 250 people are, so i watch for 2 hours, watch almost all the deck archetypes we play on a daily basis we’re already stale of, and go mute and watch it for packs.

But i won’t complain about free stuff, the casters are enthusiastic, the recaps are good. It’s just like 48 hours of the same thing everyone plays over and over again with people i don’t really know and just the fatigue of seeing the same decks you see in ladder everywhere.

Hearthstone is just like several years old at this point, the appeal of watching someone else play it when we play it already stagnates a bit. The zany highroll once trolden highrolls being met with a stone cold, annoyed but unmoving face don’t exactly make for great highlights. A few had started making muted victory dances (which i appreciate), but it still feels like it’s hard to get invested in a face that you can’t see, talk to, or move,

So i just watch like 20 mins, mute it after a hr, go do my errands and collect packs. Works for me i guess. XD. Those are just my 2 cents / personal perspective though of a random person on the internet though.

Anyone know when the packs get sent out after watching?

If you’re trying to use a Brand Account it won’t work, you need to switch to a Personal account (i.e. one that has your real name)

Anyone know when the packs get sent out after watching?

Last time I watched one, I got them right after I completed the viewing time required. This event will give 1xYear of the Phoenix pack per 2hrs, 2 packs max for entire weekend.

I watched the entire stream with my YouTube and Battle net connected and haven’t received anything yet. I’m hoping it’s just delayed.

I’m not sure what’s going on either. It’s been going on for hours and nothing. Switching to YouTube was a giant fail.

The probably aren’t sending out packs until it’s all over, so people will watch more of it.