The battlecry caused a demon hunter to summon 3 deathrattle cards that were all above 5, the battlecry summoned two 8’s and a 6 I think.

You’ll need to provide a screenshot, hsreplay, or a video, or at the very least, the names of the cards that Death Speaker Blackthorn summoned.

the battlecry summoned two 8’s and a 6 I think

Had your opponent played a card that reduced their cost? Then they would have qualified as “5 or less cost”.

The cards costs weren’t reduced. Anybody could test this if they have the card. I would advise Hearthstone to test this if its a reported bug, instead of asking for proof. That to me says they don’t care to test things on their own and just rely off of other people to catch THEIR errors.

You must be new here.

The vast majority of so-called “bug reports” in this forum aren’t bugs at all.

Instead, they are cases where someone didn’t understand how a card is supposed to work, and they immediately run to the forums to post a bug report.

Nearly always this is caused by one of three things:

If it was a Demon Hunter, the card costs were reduced. That’s what they do.

You’re sure of this? 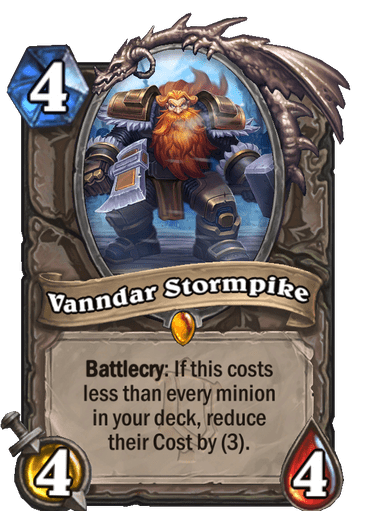 Ty for the input on the reduce cards thing. Wasn’t aware.