Eh, take it however you want. I really want to believe you. You’re saying a lot of the same things Pez said when he joined and we haven’t heard much out of him on the forums. The last PTR was devoid of any back and forth and he had an almost copy/paste response mid season. Some changes were made others were not. I understand not every individual can be addressed, but these forums are not large. It’s a very small community in comparison to the other blizzard games with the posts a day rarely coming close.

It would be really awesome to see you in the forums. Responding the common threads, consolidating things. Making people’s new guides stickies and removing old out of date guides.

I didn’t see any one else ask, but I have to.

Are you filthy rich? lol

Welcome to the den of evil. Good luck.

Hello! Welcome to Diablo!
You have some big shoes to fill, because Nevalistis was / is loved by the community.
That shows though, how big of an impact your job really makes in our lives! Thanks for being there. See you in season 21!

Cool, have you guys talked internally about adding an offline mode and mod support for the next game?

Thank you all for the greetings and questions. I’m lucky to have joined during this time with the Diablo 4 Quarterly update, a new Diablo 3 season and the 20th anniversary celebration for Diablo 2. This gives me a ton of content diversity to dive into, which covers a range of context, thoughts and opinions on what matters to many of the players in the community.

In the most immediate time-frame, I’ll be spending a chunk of my time here in a variety of threads (big and small) to not only listen and share with our team here, but to also chime in. So thank you all for the time spent in all the posts

May I ask a few questions?

#1 How much interaction from you and the rest of the CM team can we expect in the various Forums here?

Thank you and welcome!

Hi everyone - Happy to be here and share a little bit about me!

Lets go! PezRadar made difference already. With you in team, we are going to rock even more.

Will, the other CM be called Catflap?
https://en.wikipedia.org/wiki/Filthy_Rich_%26_Catflap

Is the D4 team still considered team 3? Have they decided on the two remaining classes yet?
The poll on PureDiablo had the Amazon and Paladin as the front runners.

Wasn’t a community manager introduced recently? Is this a replacement or an addition to the team?

Do you have more community managers than you do devs working on the actual game?

Not the same, they might be looking for another CM.

Wasn’t a community manager introduced recently? Is this a replacement or an addition to the team?

PezRadar is the Community Lead - boss sort of person.

FilthieRich is a CM
Second CM is in process for hire.

There will be Associate CMs and such hired as the release dates for D:I and D4 get closer.

The team covers publications and Community for all Diablo games, not just D3.

Where is Kauza, anyone know?

I think he is the Community Lead for Hearthstone now. He is more of a mgt person than a front line CM.

Welcome on board FilthieRich!
Muay Thai - so you know ways to fight that don’t involve mouse and keyboard?

Poison too. Wear Star of Azkaranth and cube Mara’s Kaleidoscope.

sets out a plate of BBQ ribs, slaw, roasted potatoes, and pie

I was a Molten Core raider. I had no life! 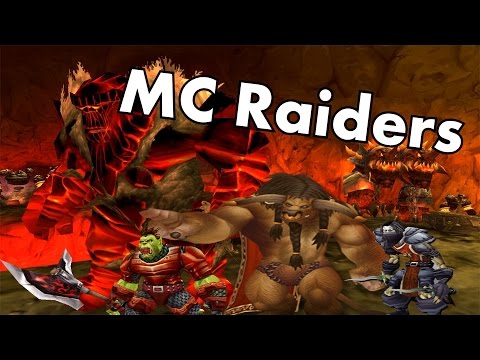 In any case, welcome to Sanctuary FilthieRich!

That is not the original and they have the lyrics wrong!

Zinwrath was in my guild (eventually) as were several other folks who made the original. We were part of a group raiding team back then in early Vanilla. Forbidden Donut, Brotherhood of Nine, and OperationCWAL.

These were literally my people!

P.S. Back then I was so afraid of getting as addicted to WoW as I was to D2, that I only listened to raid on vent and fished up Stonescale Eels to pwn the AH. Because, of course, the best fishing rates for those was during prime raid time.