Hi,
I was trying couple of GRs 140-150 , and the damage wasn’t consistant. I recorded this video in town. It seems that sims stop attacking randomly. when i re-cast Sim , they start attacking again then they stop.
This video is recorded on June 25th after the new patch lunched 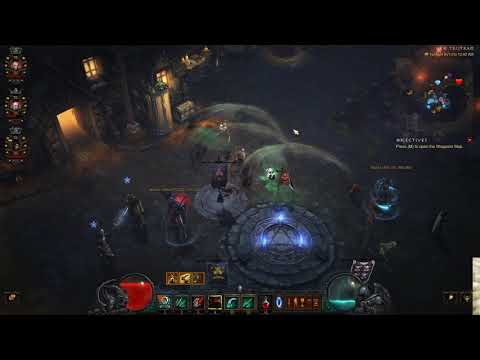 I had the same problem in a rift . I don’t have a video of it to show

This is another video i recorded earlier. They stop attacking (casting scyth as i do) but after casting sim, they keep on attacking. It’s RNG 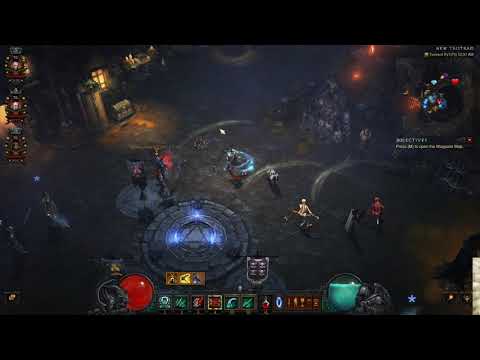 I tried this in town but was not able to replicate… as yet, with either Visions worn or in the cube. Something I notice is that in both videos, Cloud, you’re in a party with another necromancer who is also appears to be using the same skill / item.

In fact, your sims stop attacking at 01:14 in video #1 precisely after your Necro party member casts simulacrum.

Could this be related to grouping with another Visions / Simulacrum Necro? or were you also noticing this happen when solo?

Could this be related to grouping with another Visions / Simulacrum Necro? or were you also noticing this happen when solo?

When I was seeing this happen I was also in a party with another Necromancer. They were using Visions / Simulacrum, though not with Grim Scythe. I could not see anything that I was doing that triggered the issue so it is possible that it was something that they were doing. They did not mention seeing any issues when I mentioned it to them.

could be , i am not sure. btw, it happen to me in group without having another necro in group. they stand still and do nothing in mid of rift. other time is when one of the sims disappear ( i guess he dies, but not sure lol ) , which is very annoying.
Bliz will apply bug fix today for Necro for sims, hopefully this will be fixed

Apparently fixed today in a hotfix…

We have a platform-wide hotfix being implemented later today related to the Necromancer class. We want to share that this hotfix will not cause any disruption for any end users, does not require patch updating and will move the version to 2.6.9a.

7/1- Fixed an issue where the Necromancer’s Simulacrums may stop casting their abilities under certain circumstances.

i am not sure if the hot fix been applied but it seems my sims now either disappear or die ? out of no where i start running with no sims. is this intended to behave this way ?

That’s probably the Self Sacrifice rune (given by the 2pc Masquerade bonus). You basically died, but the sims sacrifice themselves instead.

Final service will proc first in priority order if you have both, however, I find many builds can’t fit final service.

It leads to this odd limbo where you need the sims to survive because of the 4pc, but they sacrifice themselves to save you… highly reminiscent of Final service before they removed the pets dying thing.

Would be better if it only functioned as a second life on-death proc where the sims don’t die. Would also give the 2pc even more value for other builds with RoRG.

EDIT: At higher GR tiers (say, ~GR120+), the Sims can also die from monster damage, as they don’t have enough DR at those levels to survive all of the time.

EDIT: At higher GR tiers (say, ~GR120+), the Sims can also die from monster damage, as they don’t have enough DR at those levels to survive all of the time.

Is there any way to prevent this, or is it possibly a bug? I’m using Bone/Blood rune for LoD build and I’m losing 1 simulacrum randomly in GRift 80s

No way to prevent, the sims just take damage from elite affixes and projectiles and they eventually die. Best you can do is teleport them out of bad positions if possible.

I typically haven’t had issues at that GR range.

I would prefer if sims were simply invulnerable, as there is no counterplay to summoning them like mages. It’s just one big long cooldown.