Hi, Just recently Deckard Cain’s satchels no longer produce books for me. It just moves but nothing appears. I’ve tried reloading the map and I get the same result. Any help would be great. Thanks~

This is not a bug.

If Cain’s Lost Satchels aren’t dropping Journals, it means your current Character has them all.

Check your in-game Journal to see if you already have them. (Only 2 of them are shown in the image below). 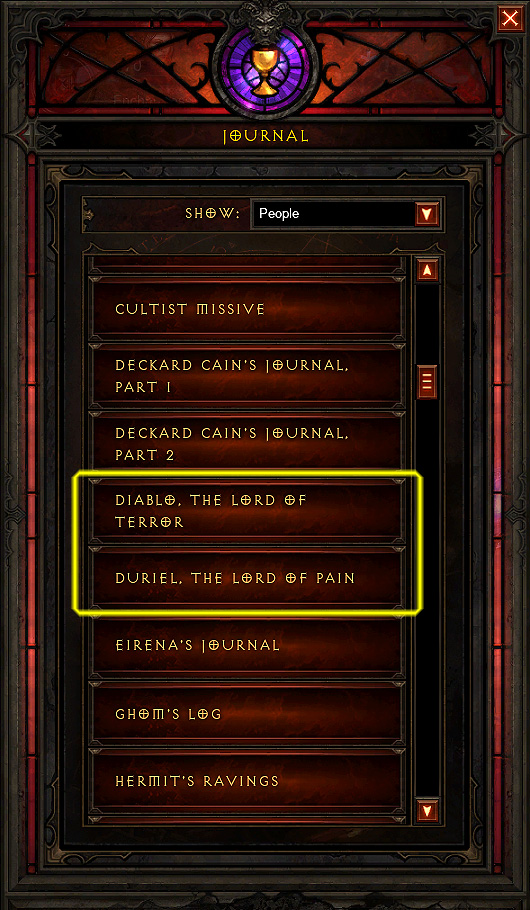 I believe the journals you’re looking for, from Cain’s Lost Satchels can be found in many areas of Act II Campaign Mode or Adventure Mode. 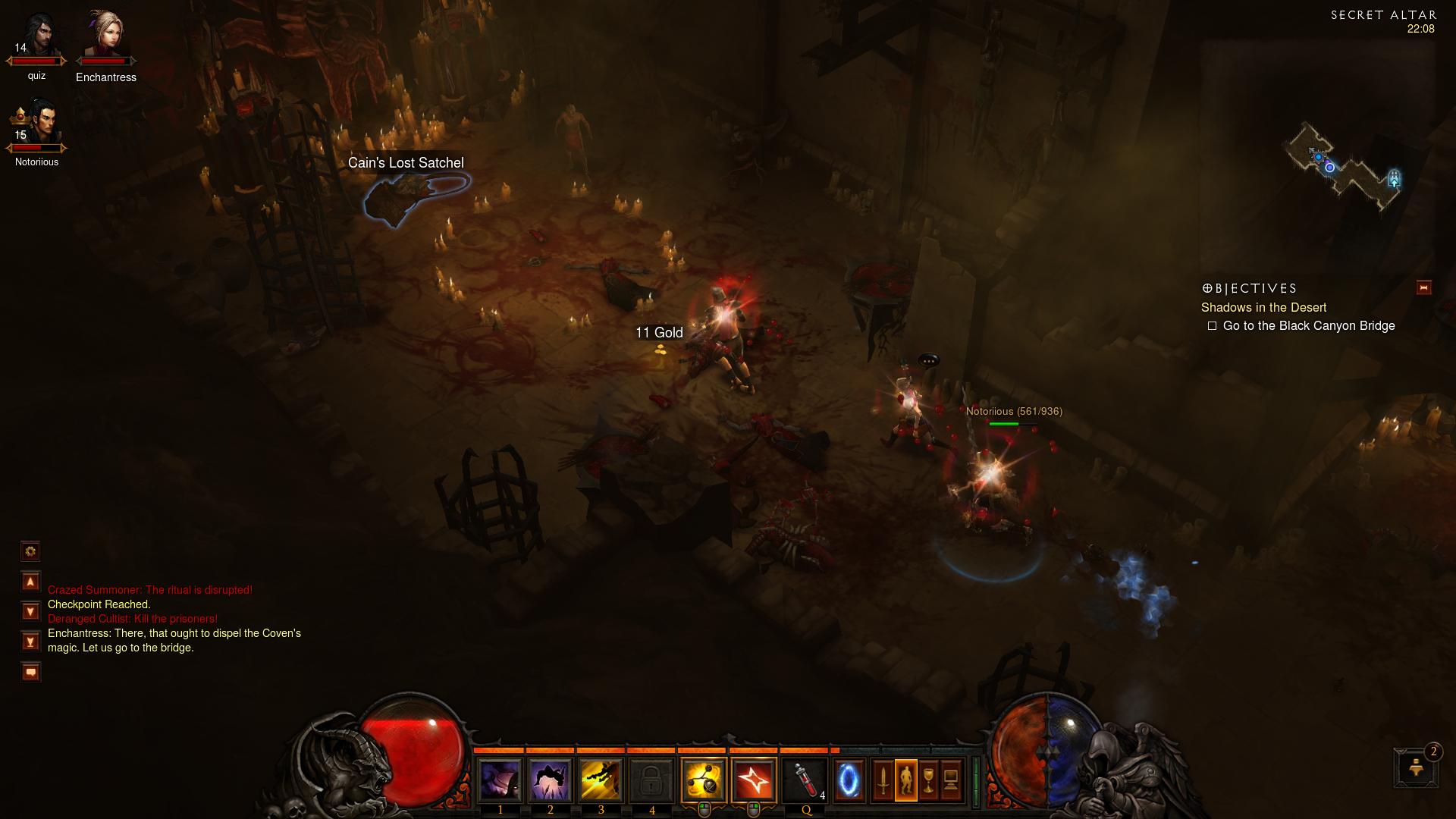 Cain's Lost Satchel is a container randomly found across the first half of Act II in Diablo III. Each satchel randomly contains one of the eight lore entries for seven Lords of Hell, as recorded by Deckard Cain: Andariel, the Maiden of Anguish...