The first few innings were rough. Several errors from both teams. But it was only like 4 innings like that. Cleaned up after that and it seemed like both teams had to loosen themselves up. The Rangers were probably tight because they led the series 3-2 and the Cardinals were tense being one game from elimination.

But when they looked up at the scoreboard, neither team had taken control and both knew it was a winnable game. Gotta hand it to the Rangers, they were no joke that series. Hamilton and Cruz and all the speed they had on that team was amazing.

It took everything Molina had to slow that team down. That game 6 was a back breaker for the Rangers though, and Game 7 was about as ho-hum as it got with Carpenter on the mound. The rainout the night before gave Carpenter full rest, so that helped out a bunch.

But yes, one of the best games in history in my book and ranks too far back in list, in my opinion, in many writers rankings of all time great games.

Enjoy this nice dance from an epic movie: 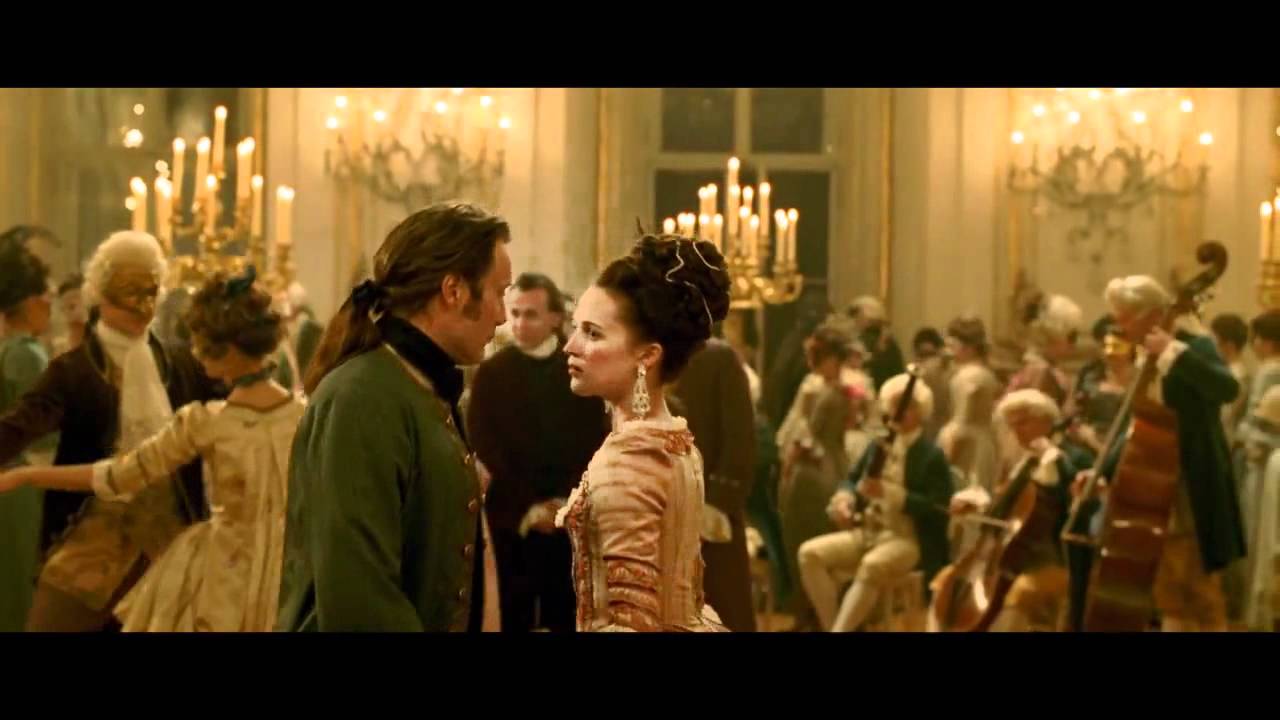 Yay, I now have my second COVID vaccine shot in me. Unfortunately I get to experience a much, much more pronounced COVID arm this time around, and a migraine to boot. I’m actually in enough pain that even the thought of trying to enjoy some cherries jubilee B&R ice cream hurts.

But on the bright side, this much pain means I’ll probably be 5G ready in two weeks.

2nd shot kicked my butt, but worth it.

Gratz on getting vaccinated!

Here is a healty dose of musical art, enjoy:

At first glance I thought these were Zelda BotW recipes.

Well… I found a real nice choc chip cookie recipe and tried it to be amazed how good and chewy they are. They’re great for christmas time as far as I can tell.

If you’re not keen on clicking links by the end of this post, here are the recipe:

I found this nice version of Malthael from a great movie: 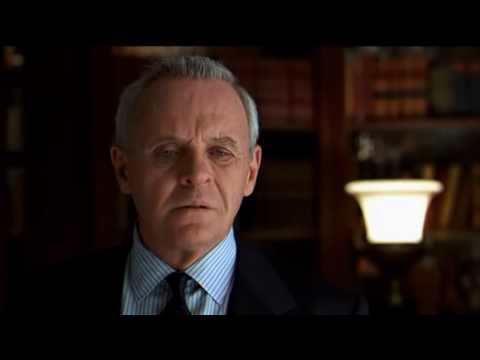 So after having my cat for 10 years of his at least 20 years of life, I’ve decided that it is getting to be that time to put him down. I inherited him from my parents all those years ago and to be honest, I don’t even know if he’s male or female. Never bothered to check. For simplicities sake we just call him a boy because of his name but knowing my mom’s Max could be short for Maxine.

But, I’ve been really emotional about it for the past couple of days. He’s the last surviving thing that I have from my parents. When I got him, I didn’t really know much about cats, still don’t know much. But he was loveable as all get out.

Now, he’s just gone downhill over the past week. He’s been real vocal like he’s in pain, stopped using his litter box regularly, uses it most of the time but not all the time. And stuff like that.

I don’t really know why I’m so bothered. I knew when I inherited him, that I wouldn’t have him forever. I mean, I know animals die. I’ve had to put dogs and things down over my life, but this is different somehow.

We’ve made an appointment to have him groomed tomorrow to get the tufts out of his hair and then next Wednesday will the day I have to say good-bye.

I guess part of what I’m feeling is the attachment with my parents, like there’s something about him that’s making me like I’m losing a part of my parents too.

I just wish it wasn’t hitting me so hard.

I just wish it wasn’t hitting me so hard.

I am so so sorry. You seem to have a good handle on why it upsets you so much. Losing a loving little companion is hard enough but you have the family ties too.

I know running the testing on a 20 year old cat can be expensive and usually does not yield anything you can treat. Do ask the vet though just in case it is a simple urinary tract infection. That is something easily solved with meds and is the most common reason for failure to use a litter box and sudden crying. UTIs hurt like hell! If you can, call them today and see if they can at least do a quick assessment so that he is not in pain between now and Wed.

Here’s some music that could be used in the franchise.

I just love cats and i know how to handle them according to their instincts.
My cats always reach 18 years to 26 years of age.

I don’t really know why I’m so bothered.

It may be something that can be handled with pain meds or anti-inflammatories and a litter box with much lower sides or a cutout to make it less painful stepping in and out.

As it stands now, I’ve just discussed it with my wife and I won’t be going with her to put him down. I just can’t do it. Just thinking about it puts me in tears and I don’t want to break down at the vets office.

If it’s something really simple then I might change my mind but the emotional connection will start to change. I wouldn’t want to be totally uncaring while waiting for whatever comes next.

Does that make me sound cruel? I don’t know, but I do know that I don’t like the way I’m feeling right now. There’s just something about this cat, that if I was given a choice, I’d keep him around forever despite my wife being allergic and me developing one to him.

Then again, I’m not sure if I’m putting him down now is the right thing. Am I being selfish in the other direction where I just want to get rid of him? I don’t know but I know it’s tearing me up one way or the other.

I was just saying that litter box problems with an old kitty could be something as simple as arthritis and it hurts to stepover a high lip.

I apologize. I probably came off as attacking you or if not attacking then being really short with you.

That was not my intent. It was just that I had just got done talking to my wife when I read your reply and my emotions were a little high. Probably should have waited before jumping on the internet.

But really, I’m sorry that I came off like I did. I do appreciate your advice and will ask the vet about what could be causing his issues and if they think it’s worth it to do what could be done to fix it or if it is just better to let him go.

Thank you again, sincerely, for the advice.

Well taking him for an end of life haircut wasn’t the best idea. They got most of the mats out of his hair but nicked him with the razor a couple of times and since his skin’s so fragile, the wounds tore a little so she had to stop about 3/4 of the way through.

I’d laugh at how he looks, because it is sort of funny, but the idea that I put him through a little pain makes me regret my decision. The groomer said, it’s not the first time she’s had to do an end of life cut and I told her how much I appreciated it.

Without all the hair though, you can really see his age showing. My rough estimate of his age might be off by a few years from the look of him.

The first was 10 years older than me. I had always lived with it. My parents tried for the first time to reduce his suffering. They came back with “Leon” from the vet. The second time, 1 week later, when I saw their eyes, I “got it”. And I cried.

The second cat, “La Bête”, I don’t wish you that. I myself had to shorten its sufferings. I’ve no choice. And I had to announce “that” to my wife and my two children during the evening. And…

So, I understand it’s difficult but go to the vet, see with him if your cat can be heal. If not…

Best wishes to you and your cat.

Yeah, it’s getting worse. Now he’s basically stopped eating. The appointment with the vet isn’t till Wednesday, but now I’m wondering if he’ll make it that long. He’s always been finicky about his food but usually he eats two cans a day. He’s taken to liking the Friskie’s brand with extra gravy. But I’ll give him other stuff too. If I give him something he doesn’t eat, I usually throw it away after a couple of hours and then give him another can of some other flavor and he’ll eat that. But yeah, at least two cans a day.

After having all his hair shaved off, he looks half starved. You can see his spines and ribs but I know he’s eating, because I’m the one that feeds him.

I’ve stopped crying now and now I’m just resigned to the fact that he’s going to die soon whether I put him to sleep or not and putting him to sleep is much better than the alternative, but making it till Wednesday might be a problem.

I hate cats but I want more

To be serious, take your time to have a new pet.

Apocalypse and Bastet (my stupid cats) are with you