With nothing more than this search…
https://www.google.co.uk/search?q=diablo+3+chinese+cash+shop 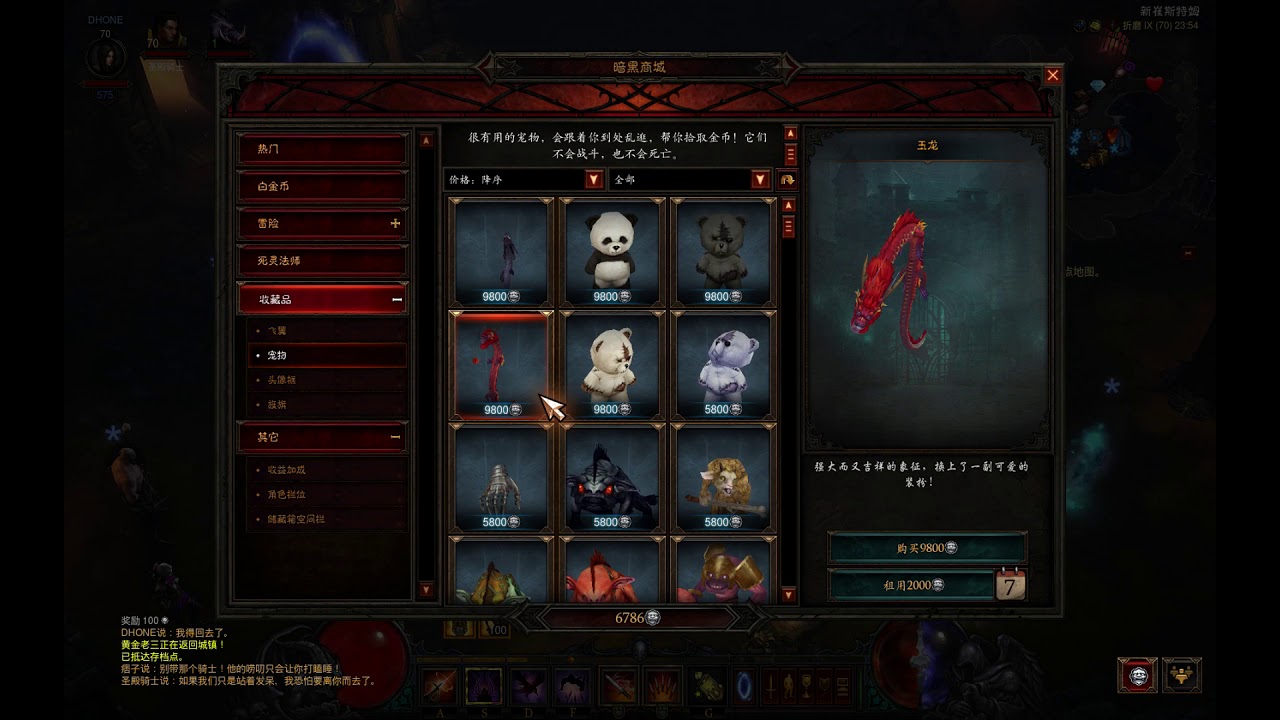 Thanks! Very interesting to see that Rise of the Necromancer DLC costs half of a pair of wings. There’s another currency though - stash space is 4,000 …any idea how much that is in real money?

The items in the shop are either priced in Yuan or platinum. I think somewhere in the video it shows prices (in Yuan) for purchasing various amounts of platinum. I believe there are also in-game ways of earning platinum.

Can I get cosmic wings with “staff of Herding” ?

Can I get cosmic wings with “staff of Herding” ?

I have a question.If D3 steel in a circle to pull the wings from past seasons That Blizzard worth repeating event ,or as something different to give those wings ???
PS:an example of how to do it,It’s the same event ,only 3-4-5 years appeared in hots Malthael,or make events for different games within one month,which will be the task of a job for WOW(mount another mission for D3(wings),3 a mission for StarCraft (portrait of the realties)

I must say I have never found as extensive of a list of collectables in D3 apart from my own.
Well put together. and thanks there’s a couple old ones from early game or launch that i have not added to my list and not 100% sure if I even have them… so yay, some easter egg hunting for me to do!

Enjoy! You can also thank fellow user Tias who helps maintain the list.

by chance did either of you use a google spreadsheet for some of this information? cuz some of it is written identical to mine, not sure who copied who. but either way its pretty great.

I REALLY wish they would add another wave of transmogs!

At one point I want to say I did - and at the time it was credited too. Pulled up an old copy from my files back in 2016. I did use another source for the “new” transmogs. This is what I have in my records.
TRANSMOGS

I REALLY wish they would add another wave of transmogs!

They are tons of fun! The new ones for the 30th Anniversary pack were quite cool too.

that looks familiar to me. I think I also may have pulled info from it for my list too then. lol

yeah, the new ones from the 30th anniversary are bad a$$, but I didn’t have to find them. I enjoy the easter egg hunting.

Random question, do you have any idea as to what patch the “Splintered Oar” and “Wirt’s Original Leg” are from? Trying to find info on that…

I do actually know that one. The original game release in 2012!

See attachment. It's listed as a two-handed sword. It's an oar. I didn't see it listed in Blizzard's game guide. It has a quote in the item's description. Is this supposed to be like a unique blue item or something? Has anyone seen more items like...

Same with Wirt’s Original Leg. If you scroll down the thread you will see another post that quotes the old forums (now gone) with the list of all the original “odd” items and how to get them.

The splintered oar
griswold’s worn edge
rakanishu’s blade
wirt’s original leg
The Clipper
Spectrum
Lore Items how to find them :
( just starting it , might be missing specific quest to find them or it could be found in multiple difficulties )

The Clipper : lvl 14 , 1h daggernormal ? , act 2 , desolate sandsThe Unique monster "Nine Toads, Terror of the Borderlands"found while looking for Zoltun Kulles’ blood. When we entered the desolate sands we ran into a champion called “Nine-Toads”

Edit again. The patch notes were removed from the index but we do have a player made thread with all of them. Not just RoS like the title says.

ok, that is what I was thinking as I have been playing since launch. I just wasn’t sure cuz i read a few things saying they came after the big patch of 2.4.1 with the big wave of transmogs and I was thinking that that doesn’t seem right…

Your instincts were correct

And now you have proof of how long they have been in the game and you have links to all the patch notes.

now to spend a bit of time hunting for these couple transmogs i some how don’t have.

I meant “D3:RoS” to be interpreted as “D3 and RoS” inclusive.

I am afraid that so many Blizz games use that notation to mean a version of the base game.

by chance did either of you use a google spreadsheet for some of this information? cuz some of it is written identical to mine, not sure who copied who. but either way its pretty great.

I don’t use any spreadsheets. I get my info from the latest news and add it in. I know I need to add in S23 and the 30th Anniversary Epic Pack info, but I’ve been under some massive migraines. Primary finally decided to put in a referral to neurology after I damn near passed out in the shower last week.