Season 26’s pet for Guardian will be a ladder.

Runewords and charms are abit too much work. Well the latter not actually but it would dent the game flow if taken as it is from Diablo 2 and would require a specific additions. You can not clog the players’ inventory with charms when they ought to farm and smelt low grade items by mass to move forward and recycle.
To add, I think there’s not enough space to customize the character by runewords without making normal gems obsolete with limited socket count. Either way you’d need extra space and providing that will lead to drastic changes.

When charm system first iterated in beta, there were pictures about a separated charm inventory which we know as Talisman for example. That’s simply demanding enough to change player user interface, and only should be considered if they gonna add this system to the main game itself. Runewords are socketables and they already tested the socketable items with Soul Shards already.

To me, they tested the edges of item power with Ethereals and collectable small loot, which includes potential pseudo runes, with Soul Shards. So I say the next move could be about Greater Rift Pylons, Cursed Chests or Secret Levels and testing what they’re capable of.
Uber Diablo arrived in Pandemonium season and he seems to be out of the list but they can include some trickery to add other Uber Prime Evils to the game. They can appear within’ Cursed Chest challenges or Secret Levels perhaps? That was always an idea I had at the back of my mind but I didn’t think it through. Seeing their Soul Shards in the game while they’re nowhere to be seen didn’t make sense to me.

My second guess would be doing something related to the armor pieces again at next season. Tempest was annoying to deal with by the means of programmed randoms and Triune of Oculus circles happened too; so Nemesis Bracer and Flavor of Time looks like candidate items to me so far. At least those are a better idea than my Season of Broccoli with Pox Fauld effect for all.

Nemesis Bracer and Flavor of Time looks like candidate items to me so far.

Seems kinda underwhelming as most people already have “free” access to those.

I’m thinking some kind of modification to those legendary powers, or it will be about Pylons or Cursed Chests directly. What they offered with previous season themes, were about curbing down some of the randomization via power granting more power, besides the power creep itself. I can’t think another element in the game that are heavy on randomization so I came up with this. What kind of modification? I have no idea, but this is one of the highly random aspects in the game and can be addressed without any major issues. That’s what I think at least.

Spawn double Elites when you hit a shrine or maybe experience pools in Gr’s.

Whatever it is I hope it works well at level one through end game. Some of these seasonal themes just seem to be end game centric. Remember kill count effects? That worked from start to finish.

Mind you I am biased here as I tend to skip end game and mainly play for the portrait frames.

Legendary Gems in any slot.

Three followers at the same time (or instead, Asheara’s set bonus always active)

Maybe something based on the 5 archangels of the Angiris Council.

This I want to see. Good idea. Some type of item, so the fun could continue. Their shoulder armour, and it will give us their wings, and we could keep them as cosmetics after the seson. But what should they do?

Whatever the season 26 theme, I hope they show some love to the Barbarians for solo play.

Legendary Gems in any slot.

So, you can potentially have 11 active legendary gems?

Oh that’s silly. Obviously I’d bust out my legacy Ice Climbers and Tasker&Theo to get a couple more.

Call it a love letter to their new overlords.

Allow players to set up windows (a limited number) on maps to give them the ability port from one place to the other. I can see that being helpful in GRs, skip some elites, go find a pylon, port back to elite and kill it. Set one up by a healing well, allow that instant port to save your butt in a fight. It would be interesting anyway.

He drops 25% less loot for females.

Well, last season was weapons, this season gems albeit they go into your helm/weapon. There are only a few gear things to do from here. V1 primal ancients, something with jewelry rings/neck, could go back to an extra Cube slot, which I missed and heard was pretty popular. I think after toying with items the last two seasons, they’ll go with straight effects though. Maybe pick an effect of 1, 2, or 3 gems, they are then passive lvl 125 ‘gem’ buffs. Maybe realize while paragon lvling it’s nice not to have to roll off that trifecta in favor of a socket, for now…

I was just talking about this with a friend. After 2 seasons of super power creep, they can’t go back to something that is super boring without having people skip that season unless there is an incentive. I liked the tmog aspect of season 24, collect all the items for tmog forever. That’s a good reason to keep playing if you aren’t all about the leaderboards. I hope whatever it is they make it as fun as S24 and S25 have been.

But he gives them their own email service. 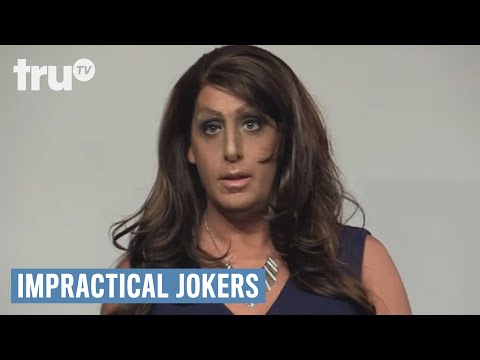