tbh, I think if blizzard wants to push forward somthing new & exciting, it would be by making a new MMOrpg, somthing with an updated engine & a cool lore / theme / Action classes / Modern.

Take the game called New World, Blizzard could put diablo’s Dark & Gore theme ontop of it, polish it like crazy, that would be the resault of somthing great!

Nice troll fail. No one here is interested. We’re all waiting for D4.

No thanks. That game is an absolute dumpster fire.

Welcome to the newbie on the forum.

Posted the same thing on EU… 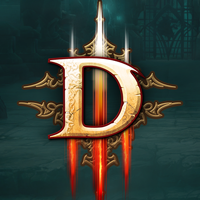 New World but as Diablo

As title suggest: New World but as Diablo New World mechanics & the best from WoW but set in the universe of Diablo!! <3

Didn’t get any traction there, so waited a couple of hours and posted it here too, huh?

That does sound interesting!

From what I understand based on some leaks, an early project for a potential sequel in the Diablo franchise did involve a third-party camera system and souls-like combat. It was code-named project Hades. Reports didn’t say whether it would have had MMORPG elements, as their last published attempt of a sci-fi MMO was canceled for reasons unknown, but that would have had more like the over-the-shoulder action-oriented combat that you’re talking about. Kotaku’s article titled ‘The Past, Present, And Future Of Diablo’ talked about, but I’m apparently not allowed to link it here so you’ll have to Google it.

It did sound cool. I had some dreams about playing a Diablo-esque game in that style, but alas, at the time it was not to be. There’s still the possibility that they may explore different directions to take the franchise going forward. We know Blizzard has also experimented with bringing other franchises to the action genre as well, like StarCraft Ghost.

At the time, Souls-like games were a pretty big deal, and would have been very fitting for the Diablo franchise. Nowadays, several gothic/medieval-style combat games are starting to explore some gritty, first-person games in that style as well. While a Souls-like would likely have been slower paced, games like Witchfire and Unawake seem more fast-paced. I could totally see a Diablo game in that style being pretty awesome. Or even a horror style like Dark Moonlight where you try to escape from monsters. Either one could be really awesome if done right, and I totally agree that the Diablo universe could make for a great MMO as well!

WoW is still a flagship in the MMO world, I doubt they would have much if any gains from directly competing with themselves.

Ever since WoW started, I have always wanted to play a WoD. So, if they do a D4 world like WoW did for Warcraft, that would be really fun. Every time I played the Forsaken, I always thought about the Necromancer and awesome that class would be in a world like WoW. Of course, I would think about the Barbarian when I played the Orc Warrior.

t would be by making a new MMOrpg

Diablo needs nothing like a MMORPG. In fact, D2 - D4 and D:I have too much emphasis on multiple players. It would be fine for LAN to simulate tabletop, but WAN works… as long as it is not a “requirement” for gameplay. Too bad it is.

u by far gave the best feedback in here & did not take my weak discribtion and down right downvoted it, and for that thank u !! (:

I ofc have given a slight idea of what I truly think my post could become if made into a game, taking New World as an example is not me wanting Diablo & New World 1to1
But the idea of 3rd person Camera, Action Combat, Gathering, PvP, PvE, Raids, etc etc.

I will def google some of the things u mentioned! I hope to see more people who are just as nice to comment like you (: