The Barbarians attacks shouldn’t look like magic. The Death Blow actually look horrible in this regard. Physics feedback on the ground/environment/rag doll/model animations/torn off limbs/armor pieces- and blood splatter should indicate how powerful the Barbarians attacks are. The more powerful the attacks are, the less should enemy models stagger, but the more bloodsplatter and dismembered limbs. Crowd control effects should cause visible feedback on the animations of enemy models- and very little blood splatter for example.

Weapon types(blunt/blade) should allso decide the ammount of blood splatter and if enemy model animations illustrate ragdoll feedback or mutilations.

First why couldn’t you wrote this in the D4 quarterly update thread? Second it dosen’t looks terrible, but a bit off yes. I mean I don’t want to puke my guts out, when looking at it, just a little cringe. But I agree whit your suggestion.

Right. Thanks for mentioning the D4 update thread. As for gross/dismemberment level, there should be settings for that- just like in Starcraft2. Appreciate your feedback!

I also see that some classes, should have no or very weakened magic effects.

The barbarian should get almost no magic effects from abilities.
Ok swirl up some dust when you hit… may even be appropriate.
If he knocks on armor or on a stone, sporadically few sparks can spray, but in very small extent… okay.
Otherwise, please 0 magic effects, that absolutely does not fit. His battle cry can have a small effect for clarification, but should not produce aura rings.

Likewise, the rogue gunner should bring only subtle to no magic effects. Ice arrow ok, fire arrow yes, but not as a magic effect, but as an arrow that burns gently and draws a thin plume of smoke. Not like magic.
What do I need to see with the rogue archer? A bunch of magic effects, overcharging, any doubles as an illusion all shooting along… no that is inappropriate and weakens the class as a bow class.
Please replace it with reasonable, simple bow combat. If you like shooting fire arrows, you can expect a smooth effect here.
Let arrows rather hit with convincing force here and there, stop the enemies briefly when approaching, slow them down and just have an effect after a powerful impact. But without magic.

That additionally devalues all magic classes and simply overloads the whole game. This was already simply unbearable in D3 and robbed the whole class event of content rather than making it better.

You simply can’t fail in the area of classes and how they are implemented. In an RPG, this is exactly a very important pillar, after all, you play the whole game with your avatar and everything must sit and it needs the separation and the precise and appropriate content in everything around this class.

If I start shooting fireballs as a marksman or triggering fire pillars as a barbarian in the whirlwind, then that is, in short, garbage!

Every kill should be Mortal Kombat level gratuitous violence [I think they call them X-Ray?], but different (or random anyway from a pool of about 10) based on the weapon wielded.

I actually think the barbarian attacks look great and they have all the things you mentioned in already.

All of these things appear in the gameplay footage we’ve seen so far.

Maybe the Barbarian is wielding magical weapons, hence the “magical” looking attacks. At least that’s how I see it.

Not to mention we would still be nephalem. Hiw else would you explain the Barbarian being able to go super saiyan? Outside of that ability what have they show that looks magical?

Which Death Blow are you talking about?
Are you referring to this? 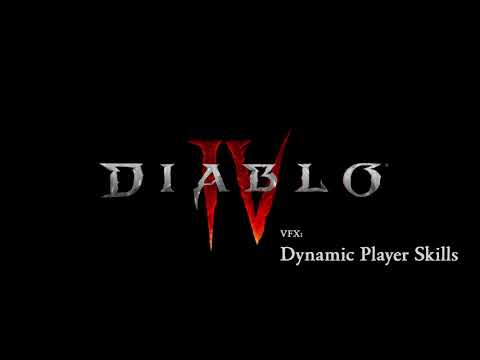 I think it looks good, though I would agree that the flames erupting from the ground would make more sense if the Barbarian would wield a Fire Sword.

However, I definitely agree that the small “Arcane Nova” that gets emanated from Hammer of the Ancients does not look fitting. That one should be more of a desaturated grey/green/brown color (aka something more “earthy”). 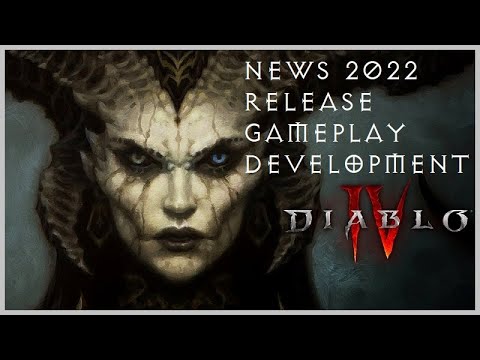 Death Blow in this video, at 5:00. It’s even described as ‘low intencity’, while the Barb doesn’t seem to wield any fiery enchanted sword.

Ffine, aside from the crucial immersion problem with that fiery effect, the Death Blow looks pretty awesome. And I agree about the Arcane Nova. Perhaps it would be cool if the air just gets rippled from the various special attacks- a very recurring effect but in different shapes arround the attack. Like the concussive missiles from the SC2 marauders- combined with limbs getting cut off depening on attack type.

The devs definately seem to be copy pasting the effects concept from D3 and I’m worried about that.

I think I see what OP means now. I have to agree these two attacks you timestamped do make the barbarian rp seem a little off with fiery attacks. Grounded animations and effects across all barb skills I think would be cool.

Arkane Nova and Death Blow featured in the videos linked, give good examples of the magical appearance of the Barbs attacks. Devs are likely doing the same thing they did with D3, making all special attacks potential elemental based- turning each class into a half druid x)

Meh, the look fine to me and not really magical. Fire can be from the force of the sword through the air and the ripple could be a shockwave type force. Both are relatively small and not focused on like the magical spells from casting. The one is hammer of the ancients, so the Barb is channeling his ancestors for a powerful attack. Sounds like magic to me.

Still, we would have nephalem powers so we are all kind of magical. However, if every Barb melee move had tons of glowy, colorful attacks that were the focus of everything the Barb did, I could see the point. I’m noticing the swings and impacts far more than the color effects.

So different taste is a thing. Tricky.

“Hammer of the ancients” should be about the Barb thinking of his ancestors before doubling his effort into a superslam, resulting in an attack with an impact just so strong the steel heats to a glow for a few moments- and for enemy models to be cleaved or crushed(blade or blunt). If you want to be Harry Potter play the Druid or something tsk tsk tsk

The ability to cast magics and use special abilities have always been us channelling our latent nephalem powers. It wasn’t really one to be that until after the events of D2 when the worldstone was destroyed.

Those who mastered and trained the “classes” were just considered skilled or proficient. But it had always been magical powers if you will. So whether you are thinking about your ancestors or channelling their power, it would always be “magical” in its core.

With 90% of the population killed off during RoS and decades passing since then, I’m sure there has been a dropoff of powerful nephalem, so abilities shouldn’t be all super saiyan like in D3, which has clearly been shown. But to say the Barbarian shouldn’t have any magical powers is silly since being h able to WW and not get dizzy is due to innate magical powers to begin with.

Ultimately I understand where you are coming from and what you mean, but it doesn’t really fit with what we are as characters in the Diablo universe. A little bit of flash only makes the effects look better IMO.

For example:
Lore info on the Whirlwind skill in Diablo 2 (from the D2 manual):

Of the Barbarian people, the Tribe of Thunder was the first to draw upon the primal forces of the weather. Tornadoes would ravage their plains as summer turned to the harvest season. The shaman of the tribe would interpret the tornadoes as an omen of evil during times of peace, and as a harbinger of great victory during wartime. Observing the strength of the whirlwind, these Barbarians learned to emulate the swirling mélange of the cyclone in their attacks. As time went on and the tribes intermingled, the ability to attack in the manner of the whirlwind was passed down to all of the Barbarian people.

Then Lore info on the Howl skill in Diablo 2 (from the D2 manual):

A Barbarian warrior in battle is a fearsome enough sight. They cover their bodies with strange markings and the fire in their eyes can be seen from across a battlefield. Early in his training a warrior must learn how to tap the primal energies around him and utter a howl in battle-a bellow so fierce that it will send even the battalions of the Burning Hells running in fear.

And lastly the lore info from the War Cry skill in Diablo 2 (from the D2 manual):

Summoning the ancient powers known to his people, a Barbarian warrior can call on his spirit animal and lash out at his enemies with a cry that halts them in their tracks-a powerful anguish rising to burn the depths of their being. It is this skill that gives rise to the legends of Barbarians being able to sap the life from a creature with a single word.

So like Beefhammer said, Hammer of the Ancients would be more of a Barbarian channeling primal energies and/or his ancestral spirit for a powerful attack, rather than him doubling his efforts into a super strike.

The Nephalem point is a powerful one, allthough the Ancients of Mount Arreat didn’t exactly turn your battle with them into a Festival of Colours because they were Nephalems, did they? Their attacks looked actually very similar to the powers used by the Barbarian of that time.

As for WWing without getting dizzy, it’s because barbarians have very small brains.

At any rate, for the sword blade to turn into a fire spewing comet when swung- nope nope nope

The fire effect on the barbs attack seems fine, IF the attack actually deals fire damage. Either due to equipment, or skill upgrades.

Diablo barbs are quite magical in any case, as people have said above. Shamanistic power for the most part. Fire attacks would fit reasonably fine in there. Earth, wind, fire, lightning, as well as summoning, all seems right at home there.

Other than that, from a gameplay perspective, attacks need some color/contrast to make it readable against the background.
Without turning flashy however, as that end up hurting readability, like in Diablo 3.

I agree about the Arcane Nova. Perhaps it would be cool if the air just gets rippled from the various special attacks- a very recurring effect but in different shapes arround the attack. Like the concussive missiles from the SC2 marauders- combined with limbs getting cut off depening on attack type.

The devs definately seem to be copy pasting the effects concept from D3 and I’m worried about that.

Hammer of the Ancients creating a Shockwave (aka a “Nova”) on impact is fine imo, as long as it does not look “arcane-y”.

If the shockwave had more earth-y colors, like brown, green, a bit white and be more ethereal, than it would be perfectly fine.

In the Gameplay Trailer for Diablo 3 from 2008, the Shockwaves from Seismic Slam actually looked really, really good, see in the video below (timestamped)… 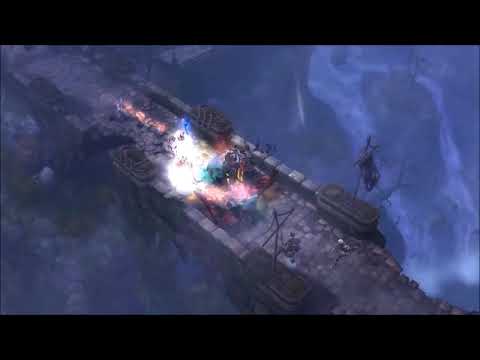 … and even the shockwave from D3’s Leap Attack from the 2008 Gameplay Trailer look good / more grounded (in regards to the colors). 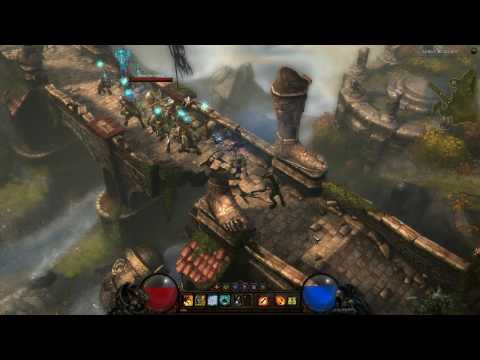 If they would use some similar effects and colors for D4’s HotA Shockwave, I think it would be fine.