I know some people may be afraid of balancing issues, but certain builds will be limited by being forced to use the controller on consoles. Also, it seems the PC version has the ability to swap between controls. Let’s hope the console version has this same ability!

From everything i’m seeing, it seems controller is going to be far superior compared to KBM for D2… move better, dodge better, and controller can usually cast spells and such over KBM

No. MKB will always be superior. Point n click mechanics. Teleport functioning better. Your inventory will also be quicker. For instance, putting items in cube for storage. Controllers will struggle with current format.

I mean you can never go wrong with more options.

I had a key and played the alpha…controller support is FAR superior…jeepers the mouse and keyboard was awful…having no key assignment to skills and the 8 way movement is awful compared to the button binds on controller and the 360 movement.

Honestly, PC players , a lot of them, will use controller. There will be an advantage to do so.

No. MKB will always be superior. Point n click mechanics. Teleport functioning better. Your inventory will also be quicker. For instance, putting items in cube for storage. Controllers will struggle with current format.

Yes but in actual gameplay where it counts controller is far superior…you can actually switch easy on PC between both with a press of a button.

No, it isn’t. Switching between MKB and a controller doesn’t mean anything. The gameplay is where MKB shines moreso than controllers. Teleport being a huge mechanic that will fall way short compared to MKB. Not to mention you may not want to cast directly on mobs, but rather in front like with blizzard. And as I said before navigating the inventory is much slower on controller. You cannot navigate it mid combat like you can with MKB.

The one thing I like that controller is getting is the auto equip potions which is a nice feature. I couldn’t imagine trying to open inventory mid teleporting speed running on a sorc to get wrecked by mobs while refilling belt with pots. Controller isn’t bad, but its behind MKB. Some of the most well known D2 streamers agreed with this. BTN, Llama, Dbrunski all said the same thing.

Did you play D2R Alpha?

Generally MKB wins but in D2Rs case it simply doesnt and bodes well for its release.

But when it comes to certain aspect where you want to teleport further or a specific distance it will suck. We have the same problem on D3 where controller teleport is set to what 10-15 yards?

And the auto potion pick up can be cool but what if it picks up any potion I didn’t see them talk about that. Later on I don’t want healing pots being auto picked I want only super and mabye greater.

I haven’t seen any say that. I watched the streamers play it. I also know first hand from playing D2 and PD2. I see how the inventory will work and it will not be as quick to access and do things in the inventory on controller compared to MKB.

Magic finding picking up item placing said item in cube for storage. your entire inventory will be used for charms, TP, ID and cube for storage of MF items. Controller gameplay wont be that bad, but it will not have the precision MKB does. That is why I believe controller will never be superior. Ever.

…BUT…that said, I’ve been following the take and reviews on sites and some well know YouTubers on their opinions of the Alpha Test and so far they’ve been impressed and in awe of the game especially the ability to …Switch Between Old & New…and, the now included Controller Support which pretty much all have praised…again, up to individuals…

What do you mean by this? You can’t bind keys to skills like the old d2?

Honestly, I don’t know where you get your information. D2 does not have 8-way movement with a mouse. Just make a lvl 1 Sorc and shoot some Fireballs and you’ll realise very quickly that you can shoot in many more than 8 directions.

Same goes for using a controller, you don’t get analogue movement just because you’re using a stick. You’re limited to the same grid as when you’re using a mouse. There is no difference. The reason many people incorrectly hold the belief you exhibit in your repeated comments in this kind of thread is because there is animation smoothing when using a stick which gives the impression of analogue movement.

you may wanna go back and read about the alpha… devs even confirmed that controller is 360 movement where as KBM, is not.

You can’t have 360 movement on a grid. It’s pretty simple. But you’re welcome to show me where the devs said that. Would be worrisome if the devs themselves don’t understand how their game works.

Yes, do you have eyes? 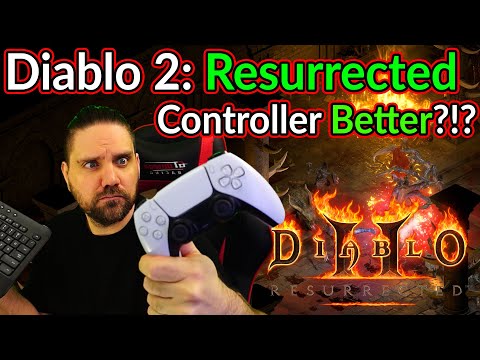 D3 and PoE are not relevant to this discussion. Diablo II is a GRID BASED game. What about this don’t you understand?

D2R is just the same old D2 running underneath a layer of new graphics. Your character still moves on the same grid which means analogue (full 360 degrees of movement) is not possible. Please tell me you understand what a grid is at least?

EDIT: Literally the first comment on that video you linked is from me, explaining how this dude doesn’t know what he’s talking about -.-

The Controller Support with movement is just one improvement out of many with Controller support. Movement alone is not just what the Controller adds to D2R. 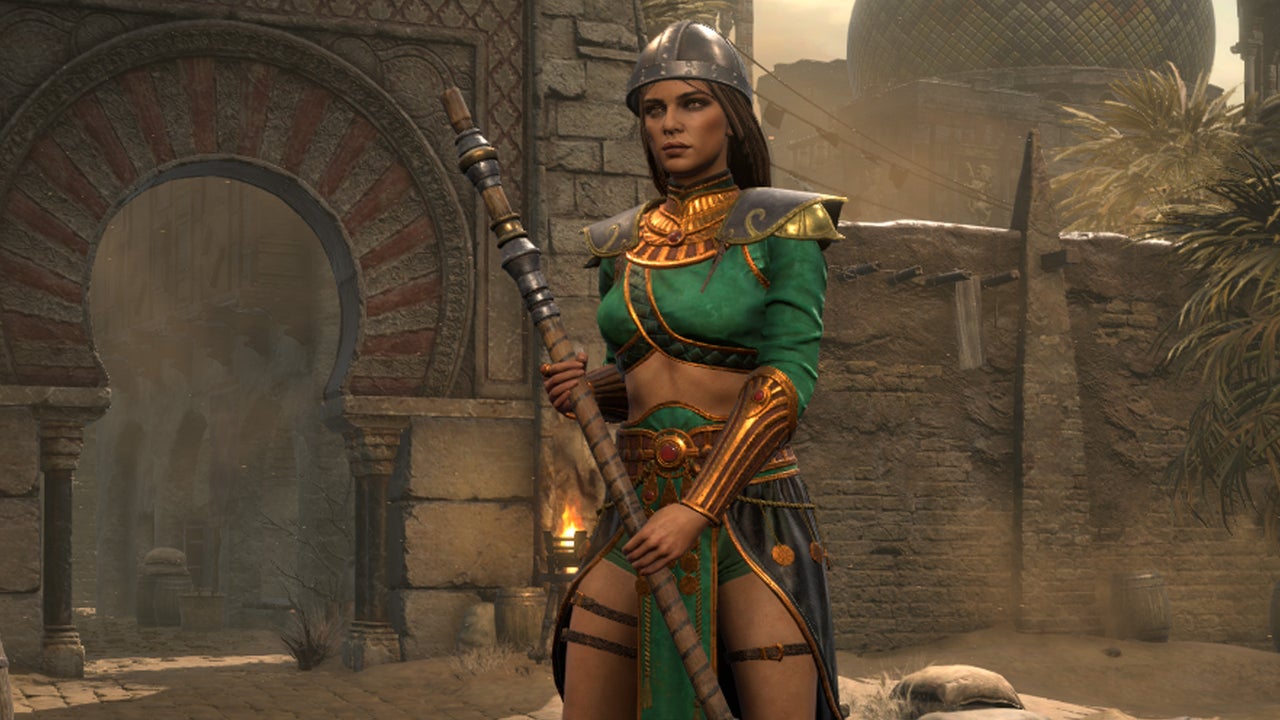 Diablo 2 Resurrected Alpha: The Good and the Bad After 1 Day of Play - IGN

Diablo 2: Resurrected is for both better and for worse, the same action RPG you played 20 years ago with a fresh coat of paint. Our hands-on impression of the closed alpha test 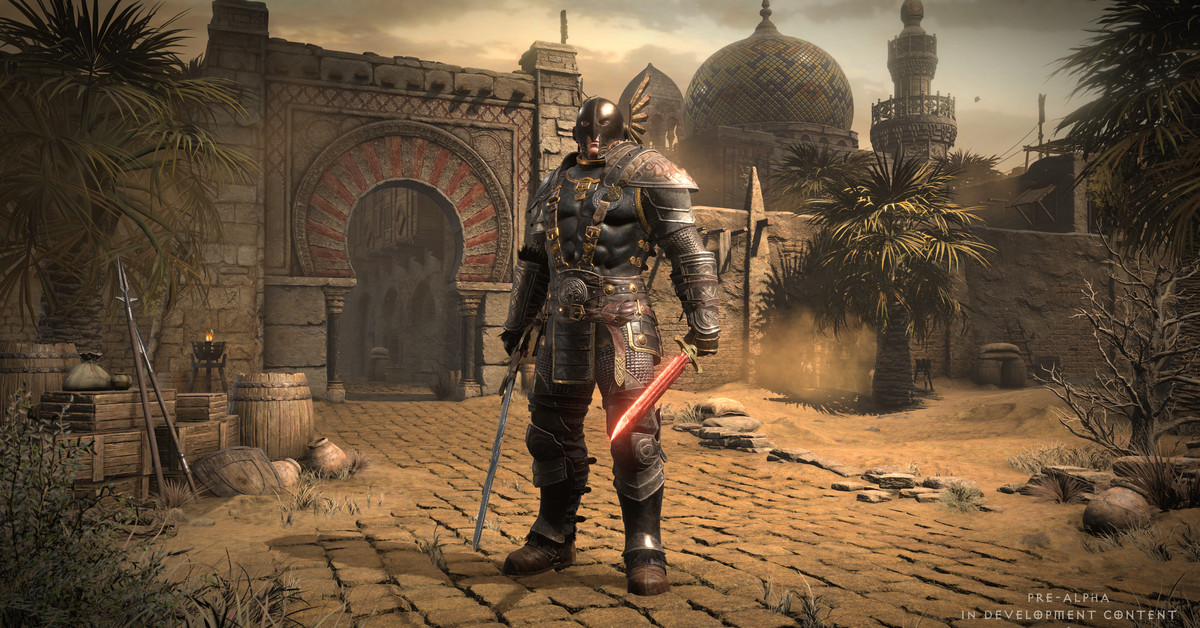 Diablo 2: Resurrected is modernized by the controller