So what… After going through the sequence several times, you begin executing it without thinking about it.

Many other builds have damage windows they must line up which requires paying attention. Look at the Innas Fire Mystic Ally build. Again, once you go through the sequence several times, you begin executing it without thinking much about it.

If you want ez mode, play spin2win WhirlRend Barb or GoD DH. There’s nothing wrong with ez mode, it’s perfectly fine if you want to play that way.

Don’t waste your time answering Blablata , he is a troll

Who cleared the higher Greater Rift on the Leaderboards across all regions and how do I stand compared to my friends?

yah my third cousin on my boyfriends mothers side met a guy who had a roommate that met Channing Tatum on the set of Magic Mike. So i guess that pretty much makes me friends with Matthew McConaughey.

what is good about playing a witchdoctor?

You could be in the world’s Rank 2 4-man squad.

Seven of the world’s top 25 4-man clears include a WD.
Are those WD players suffering and losing?

Do you even play this game?

Do you? Apparently, despite your highest kill count hero being a WD, and your most played time class being a WD, you don’t realise that WDs can be in world class 4-man squads.

That Rank 2 4-man GR150 clearance, with a WD in the team, cleared it in 2 minutes 47 seconds. That sounds pretty powerful to me, especially when Rank 1 was only around 1.65 seconds faster.

literally the worst class of all

and all of them leave you without a group

Please explain all those groups with WD in them doing GR150s.

Literally so bad that they’re doing 4-man GR150s in under 3 minutes.

these trolls are trying to convince people it’s in a good spot.

Objective data shows that a well-played WD can feature in world class 4-mans.

“yah well you know how i clear 118’s? i hold right click and mostly watch netflix.”

Maybe instead you should be watching these GR150 clears and learn how to play WD.

So i guess that pretty much makes me friends with Matthew McConaughey.

At this point that’s more likely than you knowing how to play WD, it seems.

Why are you even posting in this thread acting like you know what you’re talking about. You have owned this game for a decade and have only played witchdoctor for about 1 hour total. Ten years and you play 1 hour and think you have a masters degree in witchdoctor. You literally have no witchdoctor knowledge at all. AT ALL.

You are not one of us. You are a Spin2Win barb, NOT EVEN A REAL BARB, telling US how the game works. Stop trolling, fraud.

Edit: omg it’s even more embarrassing. Your 1 time playing witchdoctor in the entire last decade was to make a level 31 puzzle ring vendor mule. You’ve never even been over level 31 on witchdoctor.

You literally have no witchdoctor knowledge at all. AT ALL.

You’re absolutely correct that I haven’t played WD much. However, you clearly have and, despite that disparity in time playing the class, I’m the one proving that WDs can be part of world class 4-man groups, despite you saying only losers would play one. Apparently I can learn more in a much shorter time.

You’ve never even been over level 31 on witchdoctor. 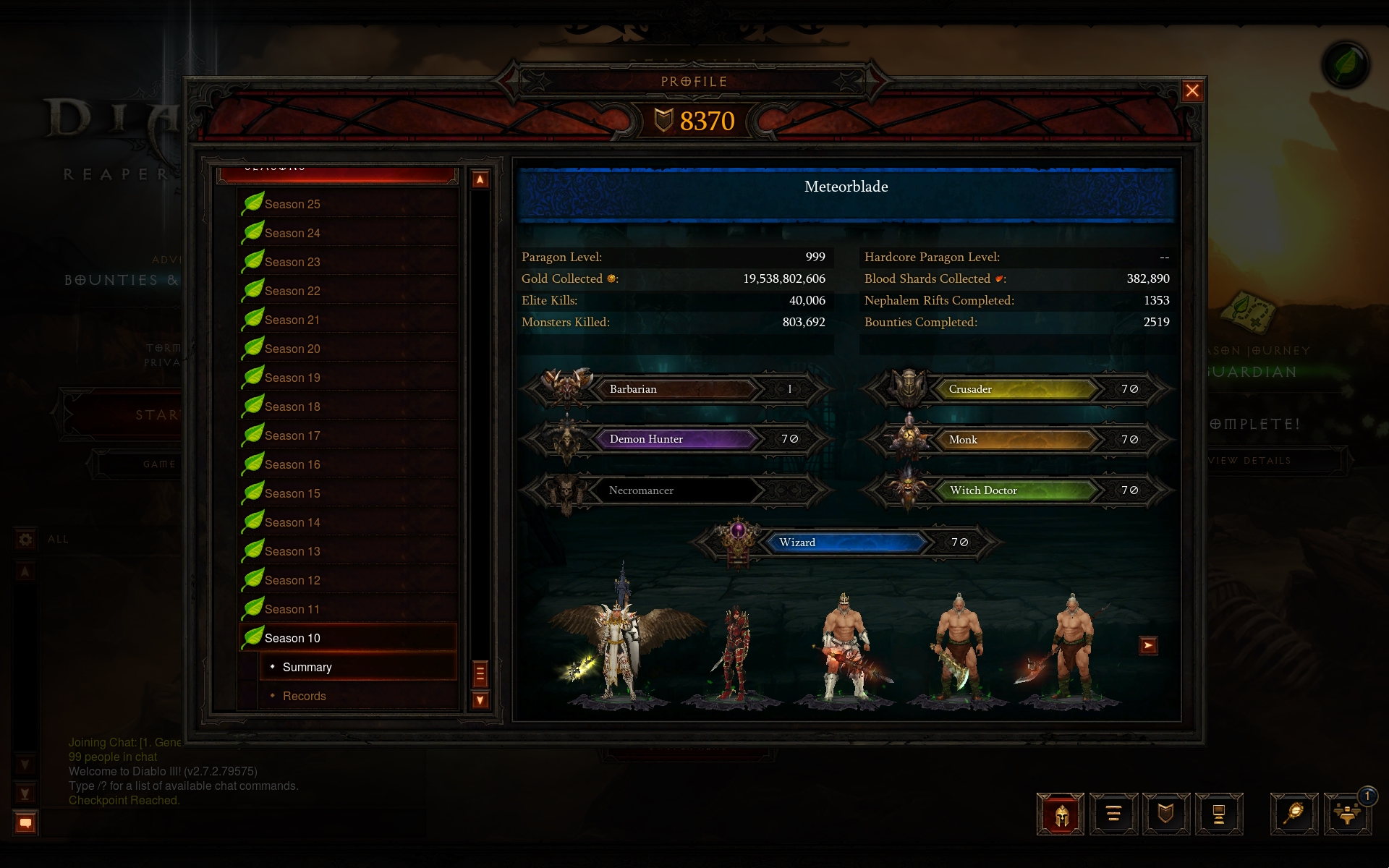 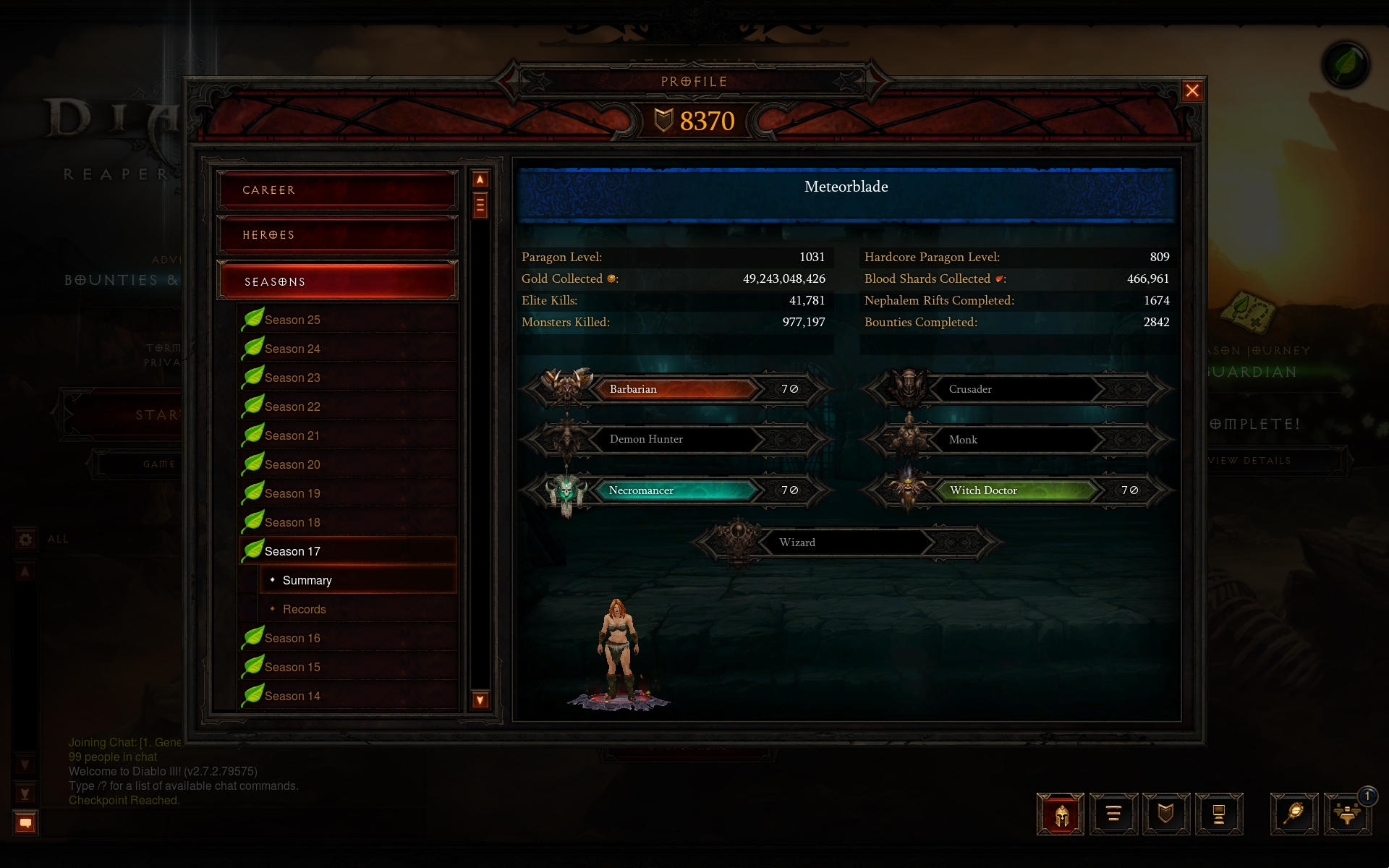 Season 24, with a level 68 WD… (before changing to the level 6 vault method for ethereals) 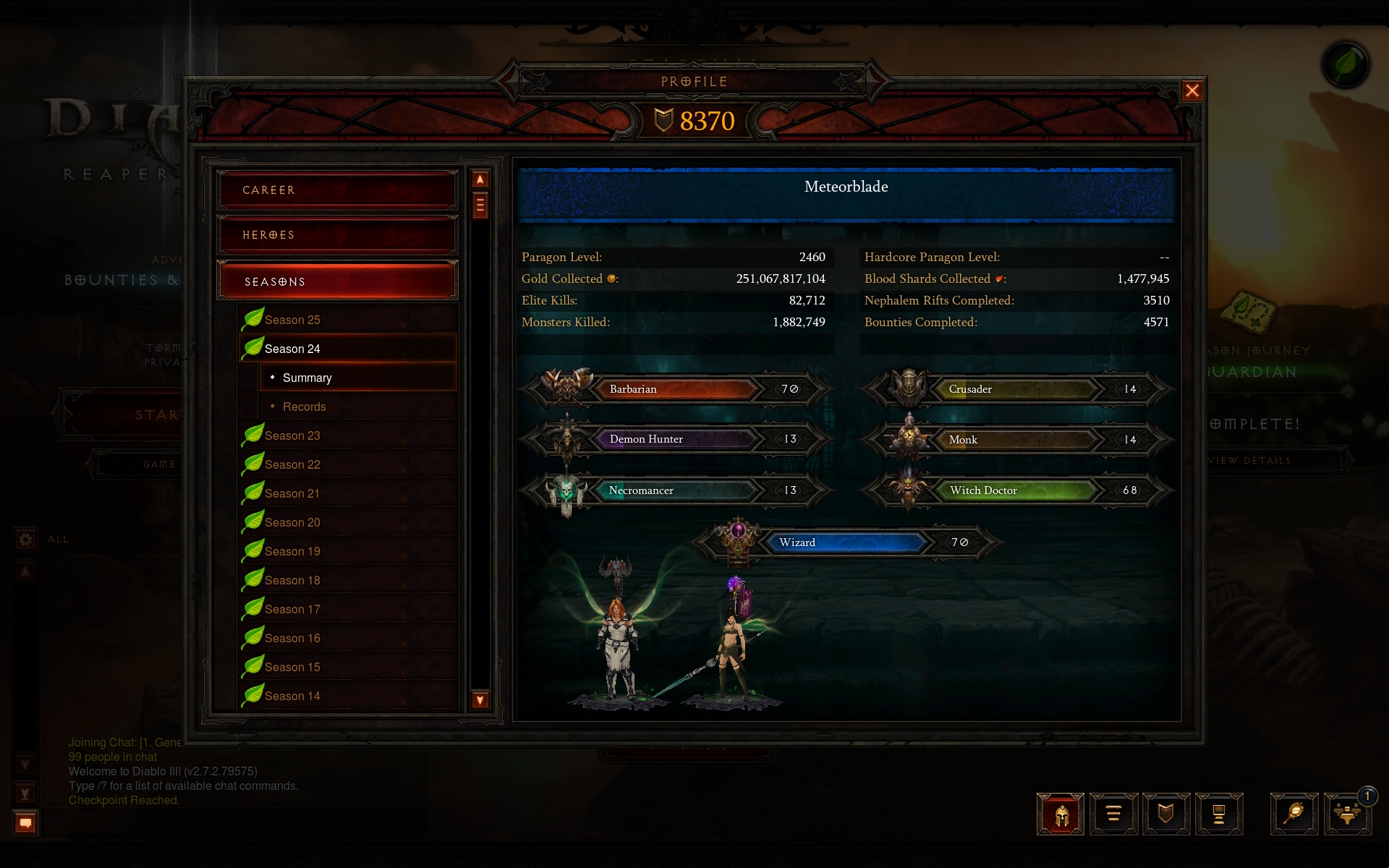 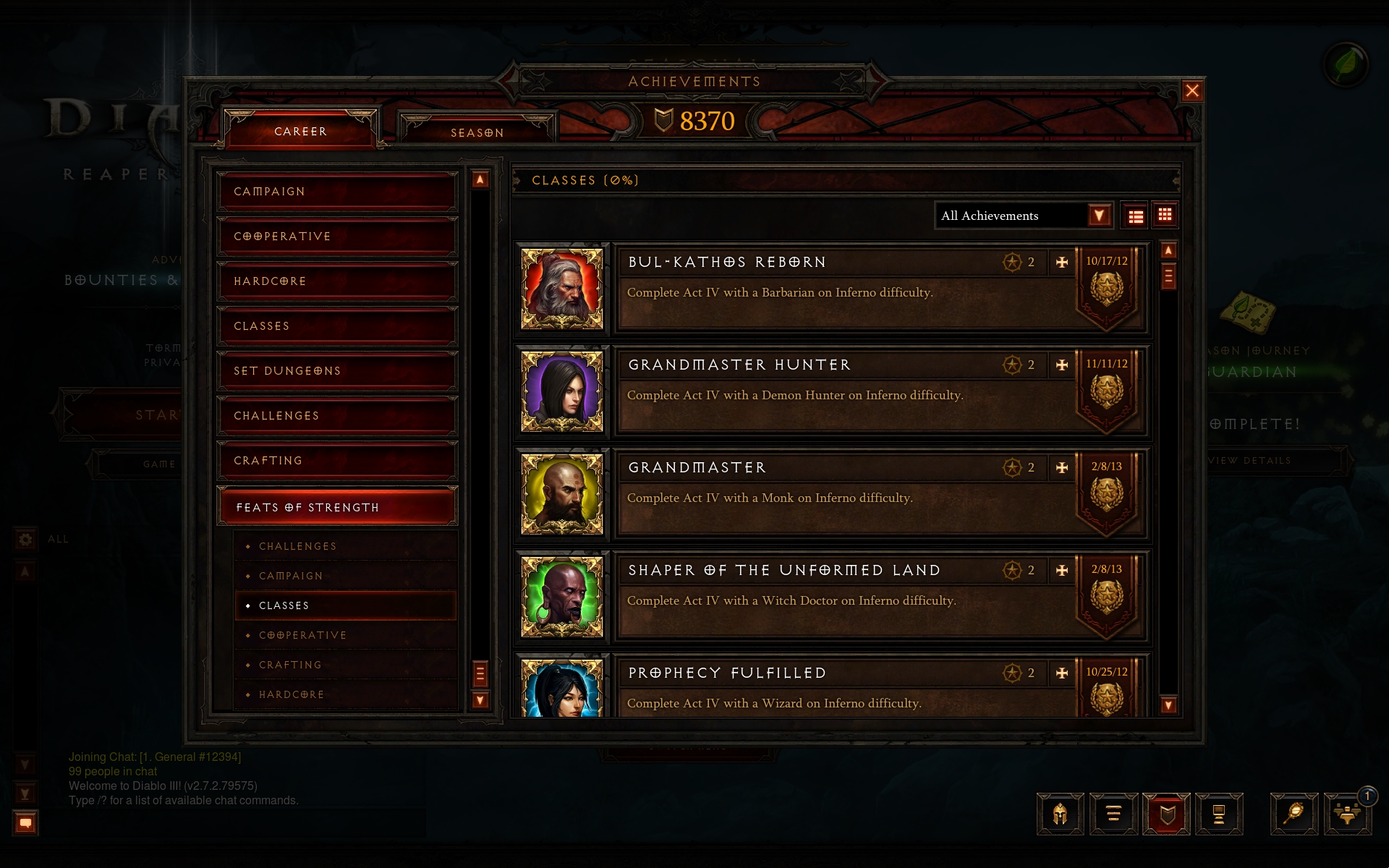 Specifically, on a WD… 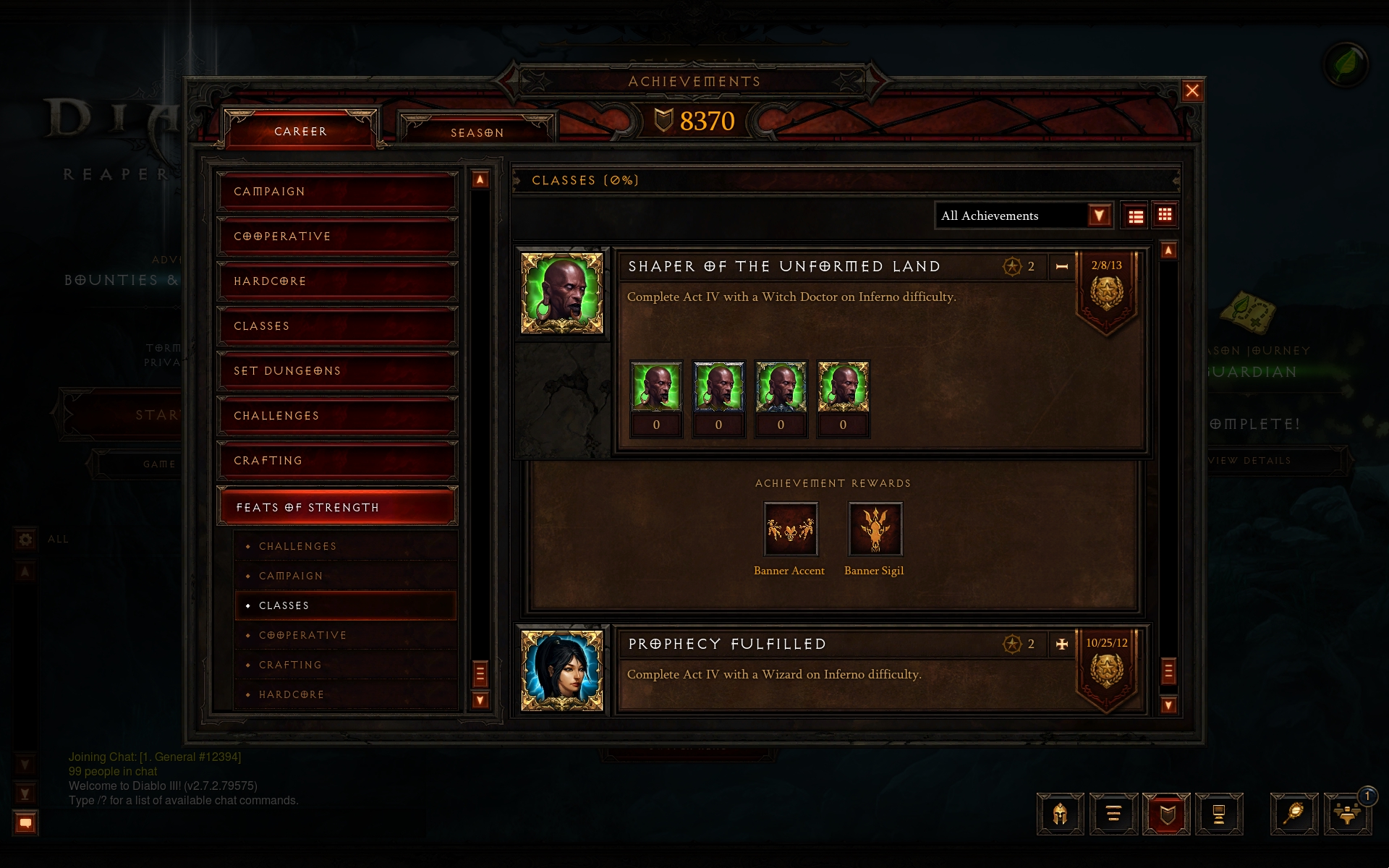 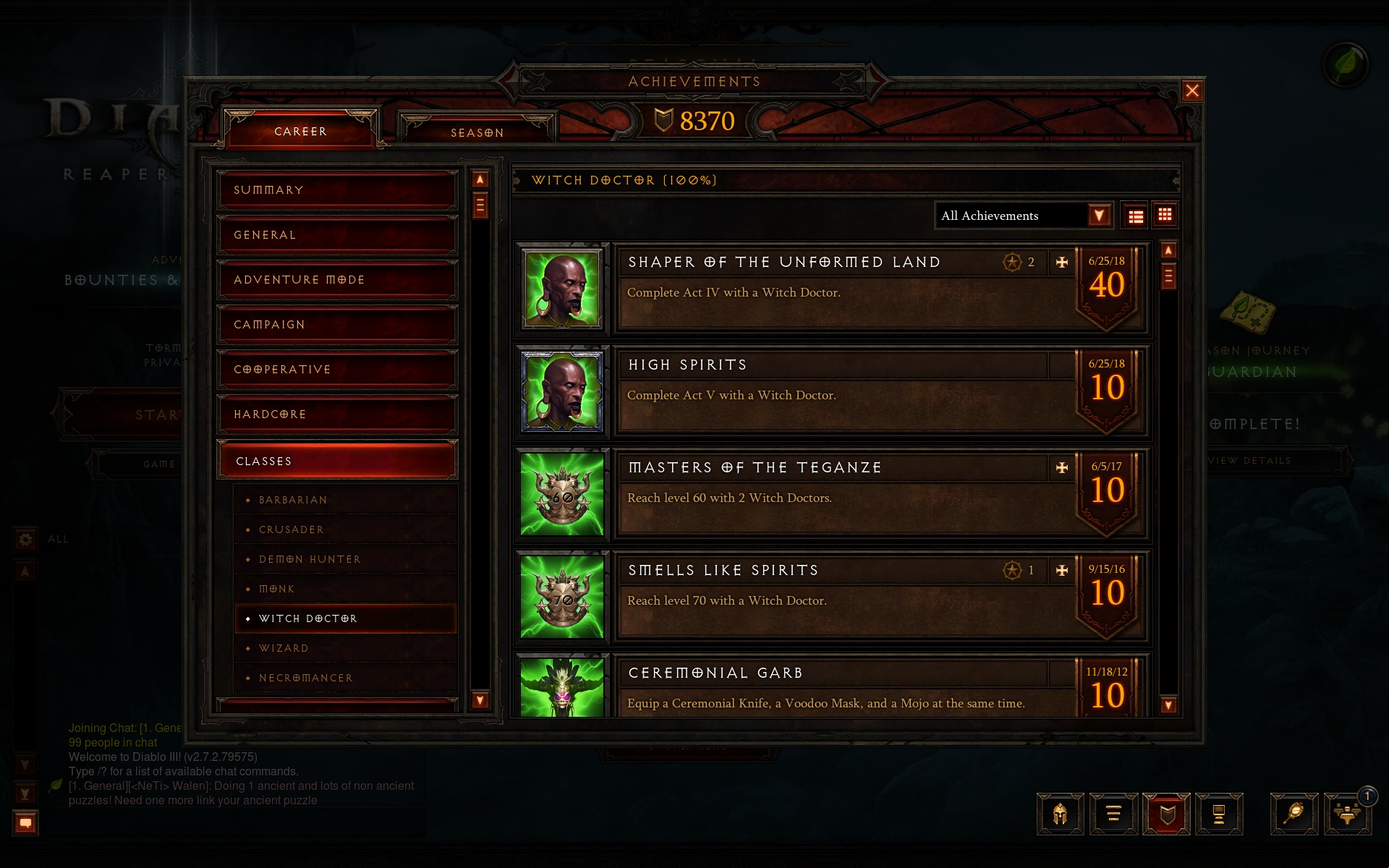 Anything else you’d like to try and use to deflect from you being proved objectively wrong about whether WDs can be worthwhile in groups when I’ve literally shown you that they can be in world class teams?

https://i.imgur.com/dMf0h5o.jpg
what else are you going to pretend you know everything about, Meteorfraud?

You’ve never even been over level 31 on witchdoctor. 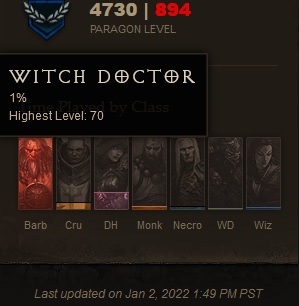 …proving that I’ve had a level 70 Witch Doctor. Outstanding.

You claimed only losers would play a WD.
I showed that world class 4-man teams are using WDs.

You have been shown to be objectively wrong about Witch Doctors by someone that hardly ever plays one. It must be embarrassing for you, as it’s your most played class and should be the class you know most about, but how is anything I’ve said fraud? What have I claimed in this thread that I haven’t backed up with facts, evidence and screenshots?

You literally said only losers would play WD and I’ve shown world class teams use them.

I’m not claiming to know everything about WD, as I clearly don’t. I’m just showing you know even less than I do, despite playing them 22 times as much as I have.

i think what we’ve thoroughly discovered here is that you like to talk about game mechanics a lot, yet you have barely experienced the game outside of Whirlwind babr. Nobody in their right mind would ever take advice from someone with almost Zero experience in 90% of the game.

Yep. Avoid answering the question and try to divert with an accusation.
Typical.
Remind me, please, how this is relevant to the Topic?

Remind me, please, how this is relevant to the Topic?

It’s relevant that 7 of the top 25 4-man clearances in the world had Witch Doctors in them because that would suggest they’re not as terrible as some people would suggest. Of course, they were the trash clearers, not the RGK, so when they’re solo they still have problems with Guardians with adds with this build, but that’s an issue for most pet builds, not just the WD one.

Nobody in their right mind would ever take advice from someone with almost Zero experience in 90% of the game.

Talking into the mirror again are we?

I’ve taken Meteor’s advice on the game a couple of times and it’s proven out to be quite helpful.

As I am happy to take any good advice, I would take yours as well, if you EVER offered any. As it stands my man, you don’t offer helpful advice, you just insult people who don’t see the game the way you do.

Sorry all, I meant to stop replying to Brav but…I think I like the attention.

why are you playing WD? lose a bet?

why do you sit here and tell me how you have fun, and then judge me and how i choose to have fun

His arrogance does not allow him to think clearly, or remember what he wrote in other posts. That’s why it seems he has schizophrenia.

Nope, more like Narcissistic Megalomania, or just having some fun stirring up trouble and enjoying the results. No real life repercussions.

why are you playing WD?

what is good about playing a witchdoctor?

literally the worst class of all

the worst for doing anything solo 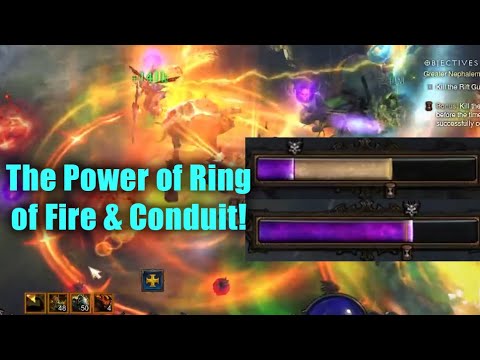 But, remember, WD is a terrible class, that no-one plays, that can’t solo anything, and won’t be in groups… according to Bravata.

I will say for myself up until the recent challenge rift I did not and do not find the WD fun to play…I still recognize that others may have a differing opinion.

What I would like to know from the OP is how he defines “winning”
Being at the top of your leaderboard for your chosen class?
Having the best overall time of any class?

Or is the arena still active and your class dominates there?