They need to fix game lobby, come on i hope its that finaly.

They need to fix game lobby, come on i hope its that finaly.

This is a GD must… Nothing is hurting players more than being unable to find up to date games, relevant games to what they want to play, and stable servers.

Other than a few blurps every great once in a while, I haven’t had much trouble… However I do have a very reliable connection (about 100 miles away and mostly a straight shot to a major backbone/hub, so that helps), it has been that way for many many years.

I will say that I’ve been hearing reports of sporadic internet issues relating to DDoS attacks in certain parts of the US. So that may be at least part of what is going on in regards to connectivity problems.

DDoS attacks have been crazy over the past few years. Why can’t everyone just get along? 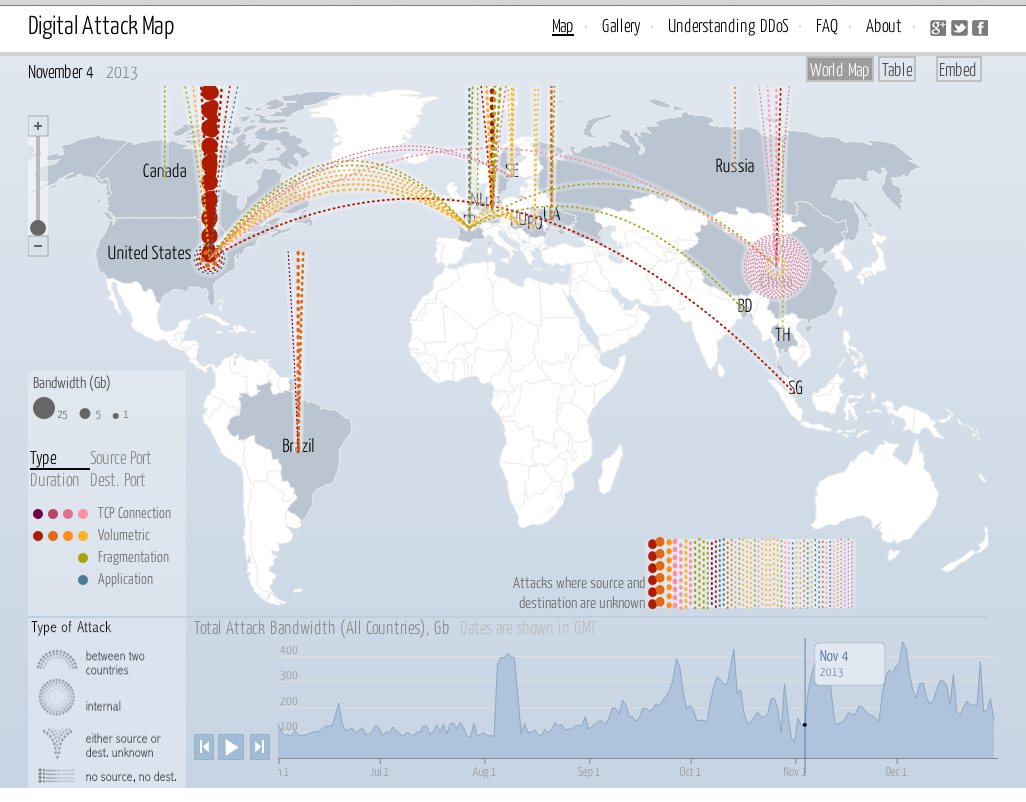 A live data visualization of DDoS attacks around the globe

In this case it looks like they are doing a “Live Maintenance” for Battle net that impacts all logins for all games.

Duration is 7am - 10am Pacific time (10am - 1pm EDT). We may experience disconnects but will be able to log back in.

I strongly suggest not playing Hardcore.

any word on if there gonna ban the mass influx of bots or just throw a blind eye to it like d3/vanilla d2 ?

Yeah I must say, I have had minimal to zero disconnects or true rubber banding… But I still feel I must reiterate it and keep them honest about it!
This has been the best season in terms of server stability and lack of overall nonsense, for me anyways. Past season we would have had 3-4 full server resets by end of day 4.

any word on if there gonna ban the mass influx of bots or just throw a blind eye to it like d3/vanilla d2 ?

Do police call ahead to criminals when they are going to bust down their doors?

depends if you live in a democratic city or not… !!

They have banned over 10k so far but bots are going to bot so that is a never ending battle. They continue to work on it. As long as there is something to gain, or a profit to be made, the botters will try it.

It is frustrating for everyone. I wish Blizz would announce the ban waves though - because not talking about it makes people think nothing is done. The only “news” about it is on the botting websites where they talk about the latest bans - and that is a place I don’t go.

Do police call ahead to criminals

This also. Blizz does not talk about when or how they do the ban waves. They don’t want the botters avoiding it.

Oh how do I miss the days when Warden had the upper hand. People queased at the very thought of running a bot in fear of being slapped with a ban within minutes of trying to run one.

Since you’re active on the forums today, do you know if there is any talk surrounding the current FHR mechanic? Does blizzard think it’s in a good place or do they notice it’s too far on the other side of the scale and want to make adjustments to make it more balanced?

do you know if there is any talk surrounding the current FHR mechanic?

I have not seen any discussion on Faster Hit Recovery other than a Wowhead guide to it for this Ladder. That has no comments after the article so it has not drawn much attention. I have not been watching streams, so if it was discussed there I missed it.

From what little I know, current focus is on Lobby, database (any further changes for stability), and of course the Hacks team is continuously going after bots. I don’t know when Lobby will be addressed though, just that it is a focus target.

What do you feel is wrong with FHR?

Ok thanks, and thanks for asking.

This FHR comment is based on pvp dueling, as the 2.4 patch made changes to how fhr works within pvp interactions only (it does not impact not pvm).

2.3 FHR mimic’s D2LOD’s FHR system where it was based on life pool totals and a % based on damage taken - so if you received large amount of damage you are likely going to be stunned. With the new 2.4 patch, after taking any source of damage, you’re placed into an immunity state that allows you to be not stunned for any damage taken thereafter.

I believe the idea around this 2.4 implementation was so that people couldn’t be stunned repeatedly by certain skills, namely mindblast or leap. In teams, stunning an opponent gives you an opening to capitalize on their inability to move and try to kill them, so you would have the source of stun/dmg from one character combined with the damage from another.

The reality of the 2.4 change is that people are essentially immortal to stun, to the point where people are disregarding the FHR attribute on items entirely (instead of basing their builds on breakpoints). If you try to mindblast someone twice, the first one stuns and swirls them and the second one doesn’t stun them so they are free to either attack you or teleport away. This creates a huge problem in certain 1v1 play and even more in team gameplay where the duels are just about damage output and not stuns.

Some builds require “combos” to be viable in certain matchups, such as a telesmiter will smite you to knock you back and produce the swirl above your head, they will then use FOH to stun you further (not used as damage) and then use that small amount of time to teleport again on you and smite further. With 2.4, this combo is essentially ineffective, the first smite does damage and may FHR the opponent, the FOH that comes next does not stun them which means they are free to attack back, so as you are teleporting on them to smite again you are taking damage.

I would love to provide specific examples of how it worked in the past and how it works today and why it is bad for the dueling scene. I am part of a dueling discord that has over 800 members between americas and europe where we host many tournaments a week that are streamed. With 2.4, the amount of people wanting to duel in this patch is honestly dwindling as the mechanics are not on par with how we’ve been dueling for the last 15+ years and it is no longer about skill and outplays but mostly damage output and being able to escape when you shouldn’t be able to.

Thanks for reading and hopefully replying!

do you know if there is any talk surrounding the current FHR mechanic?

I have not seen any discussion on Faster Hit Recovery other than a Wowhead guide to it for this Ladder. That has no comments after the article so it has not drawn much attention. I have not been watching streams, so if it was discussed there I missed it.

From what little I know, current focus is on Lobby, database (any further changes for stability), and of course the Hacks team is continuously going after bots. I don’t know when Lobby will be addressed though, just that it is a focus target.

What do you feel is wrong with FHR?

Here is a good example thread, and the OP took time to compile from some other topics as well.

Dear Blizzard, Please listen to the PvP Community - keep the game as good as it was for 20 years. Listen to players that played D2 Lod that far and just ask to do the same with D2R. PvP in Diablo II is a masterpiece, fast paced and extremely fun. Even after 15 years i still enjoy pvp with this remaster. But with this new patch, the future of PvP is compromised because of this change : Developer Comments: We want to fix some of the awkward lockouts that reject player input from casting skil…

what is often called FHR problem in this patch isnt in reality related directly to FHR. Its about the anti stun mechanic in PvP (also called diminushing return on stun by blizzard). Stunlock was a key mechanic in pvp, and while it was a bit too strong in 2.3, the complete removal of it in 2.4 made the game much much worse than before for pvpers.

You can find ample explanation about that issue here : 2.4 anti stun mechanic and its impact on PvP

Thats an old topic that was about PTR but pretty much everything it predicted got confirmed by the current patch.

Btw, since you mentioned wowhead, i also wrote a paper about that matter there 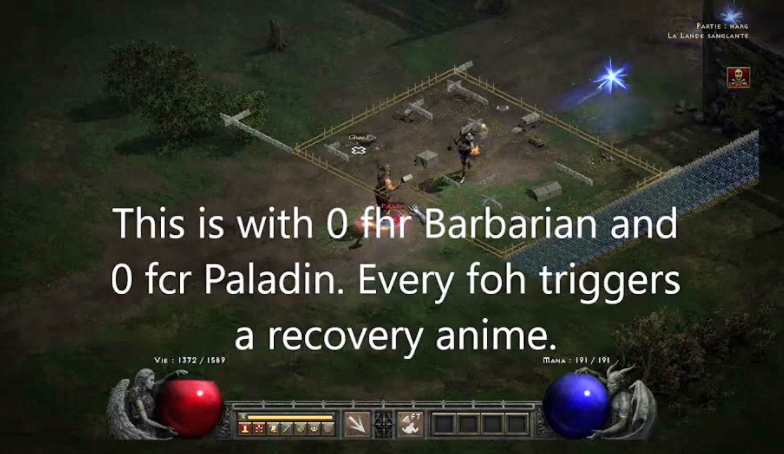 The Stunlock dilemma: How Blizzard might be about to shake up the entire PvP meta by changing how Hit Recovery affects players.

any news about that matter ? As we said multiple times, pvp is in very bad shape right now.

Not only “inability to move”, but inability to take any action. Maybe alt-f4 works through a stun?

its not as if it last forever. Real perma stun were pretty rare back in 2.3, and generally they were caused by assassin against casters

No, walking is always an option, casting may not be.