There is a greyed out button u can click try this. 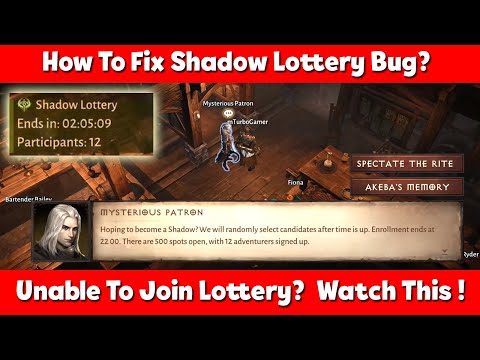 Im having the same issues and nothing is fixing the issue. I still have no access to my dark clan or anything shadow related

Same exact problem here. I just submitted my own post about it. I provided screenshots to support showing it as well. I was sent here. I hope this can be fixed soon.

This issue usually stems from you giving the two signets you got from the trial to the dark clan you’re a part of, instead of handing them to the Patron. For me, a window came up at the same time the quest progressed for me to turn in the signets. This window basically said to donate the signets so the clan can be converted to a Dark Clan, and like a dummy, donated them to the clan instead.

The workaround that’s getting posted in these forms doesn’t seem to work for me, as I get the following message:

“Insufficient Akeba’s Signets. Participate in the Shadow Lottery to acquire signets; you can also join an existing Dark Clan with an invitation.”

Other threads I’ve read outside these forms seems to suggest that you can’t be invited either, since you’re on the quest.

EDIT: So the message I was getting seems to have disappeared the following day. Tried the posted workaround and it did allow me to redo the questline.

Agreed. That was my thought as well. But then, should they not plainly state this during the questline?

I edited my initial reply. At first, the workaround didn’t work. I waited for the next day and then it did work.

But yes, it’s not obvious, at all, on what to do when you get into this state. They definitely need to make it clearer on how to reset the questline rather than clicking a greyed out button that most people would never think about doing.

This topic was automatically closed after 30 days. New replies are no longer allowed.