Unable to complete this quest in Realm of Damnation exploration. Despite clearing the quest itself, the number does not grow. Kindly advise if anything I’m doing wrong. 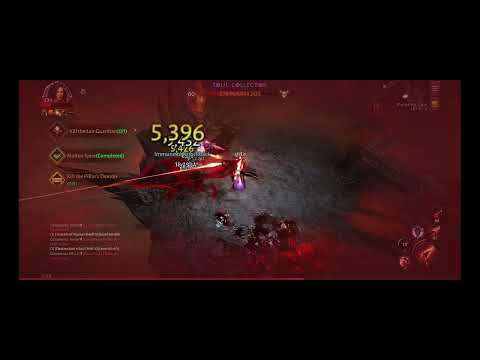 I tested this and it seems that the type of monster that spawn are what determines if the task is counted or not.

So it seems that until it’s fixed, players need to keep farming the Pillars of Damnation for the six normal mob spawn.

Thanks Leviathan. The yellow mob was a special one. I initially thought it was an English level testing since the quest state that “Purge the pillar of damnation and kill the demons in it”. So basically if only ONE demon appear, the quest will not count, since the quest specifically mention demon(S). Hope that helps everyone too. I cleared it already though, thanks.