It is not just bots

lol, oh autopickit, how I hate you… What is this?
Automated grabbing of items that drop. This leaves absolutely no chance to the legit players of battle.net to grabbing items of value when in a party, because Autopickit always wins. We are forced to run solo in filled games to avoid autopickiters but have greater difficulty, more xp… etc…

Wild times. Back in 2015ish, when everyone botted, nobody gave a crap because nobody thought a banwave would come after years of neglect from Blizzard. Now… if I cheat, I risk all my accounts, if I don’t cheat, I have to play solo to farm. If I play solo, 1 magic item drops per mob until I find a boss… QQ

I’m glad you brought this up. The way things are, its almost as if blizzard is forcing you to cheat. Especially at the beginning of the ladder reset.

this game is dead And forever will be dead

Neglect is what we have to deal with when all ActiBlizzion cares about is $$$… That $100M bonus must be nice.

Complete and total neglect at this point I would prefer. We’re in some weird stage where half of us cheat, half don’t, and nobody really knows if cheaters will get penalized for it. I won’t cheat in fear of losing my prepatch gear, and frankly much of the fun is taken away from the game when cheating anyway.

I enjoy battle.net because of the social and competitive component of it. I can duel vs modders, I can read maps well, I cannot manually search through piles of gear on the ground and snag something in <1ms.

Ya, I feel like one day there will be a random ban that will snag a lot of cheaters. Who knows though, it seems like it’s been years and years of botters botting away. Think of all the cd keys you could ban, that could be some cash if they rebuy.

That is sort of what happened in 2017 (or maybe 2016???). Blizzard responded to no inqueries or complaints about rampant cheating, botting, duping, item shops online literally selling godly diadems for $5 (eg 2skill 20fcr, 20+Strgth,2soc), etc… for I think somewhere around 7 or 8 years? Spam bots g-filled every game on ladder resets and it became pointless to try and play pub games on reset.

We all assumed they abandoned the game, and so the server plunged into its Wild West/Dark Ages phase. USEast was still HUGELY populated, with tons of duelers, farmers, botters, etc… Some crazy % of the USEast community got their accounts closed some random day without warning. If I am not mistaken, some folks had their accounts reenstated, as it is simple to understand the majority of the community assumed their neglect to our plea’s for order on the forums basically condoned the activity.

I believe the last response to botting by a blue dev account here was a few months ago, stating; “We play resets too, and feel the sting as well”.

From there on out, Blizzard did some wild things like performed a ban wave on botted names, where people who bought names got their accounts closed.

Folks want a ban wave. As a long time legit player, I would love to see another ban wave. Most people who bot convert their items to fg anyway, so I wouldn’t even say it’s a big loss. Blizz just needs to show a consistent presence for scare tactics, and address main programs (eg Kolbot).

We all assumed they abandoned the game, and so the server plunged into its Wild West/Dark Ages phase. USEast was still HUGELY populated, with tons of duelers, farmers, botters, etc… Some crazy % of the USEast community got their accounts closed some random day without warning.

This would be amazing.

They may have abandoned Diablo 2 and Diablo entirely though. Nothing has been done for a while and D4 looks like shallow poo and even a D3 clone. I’ve gone back and forth but I’m pretty sure I’m not going to like or buy D4, ex them for turning their backs on D2 fans with the new Diablo titles and lack of D2 maintenance.

It’s sad to me that my beloved game has been transformed into a maximally accessible arcade brawling trash. I guess I can try to make myself get into Grim Dawn, PoE or just wait until an arpg comes out that I want to play. Supposedly Wolcen, although plagued w bugs still,l is like a different take on PoE which is a bit interesting.

this game is dead And forever will be dead

You do realize this thread is 7 months old, right? 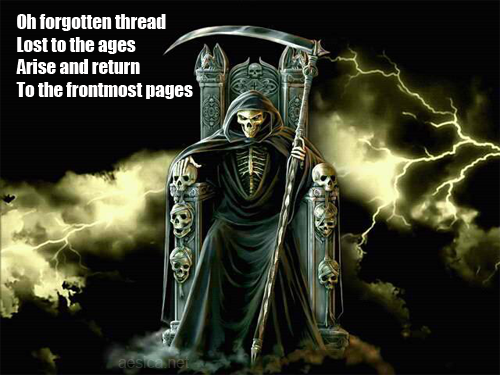 stay on single player then

ill counter you will time on time experience using the best methods and gear. If your butthurt over that get good.