Diablo 2 - What could potentially make the game better

Today I would like to talk about a particular series that I’ve been with for the last twenty years. Diablo, specifically.

What made Diablo such a good series?

It was easily accessible for anyone, even newbies, to get into. Combine that with its dark atmosphere & interesting game play, it’s one of the few game series with a legacy that only a handful can match - let alone exceed. The first one came out in January 3rd of 1997 in NA, & November the 2nd in EU/PAL terrirtory. A port of it came out on the PSX/PS1 sometime during March in NA, & April of 1998 in EU/PAL.
The sequel came out in June 29th/30th of June in NA & PAL respectively. The sequel to Diablo 2, Diablo 3 was released on May 15th of 2012.

I’ll be honest, I am curious about the rumors going around, though I won’t lie here - I am a bit wary of it as well, what with what they did with Warcraft 3: Reforged - The alleged “remake” that may as well be a botched port of the original - A discussion for another time.

With all that outta the way, I wanted to talk about the alleged remake of “Diablo 2: Ressurected” that’s coming out.

I couldn’t exactly discern much from what was shown, since it came from a French site called “Actugaming” & Forbes. Then I had to see if this was even legit. According to Forbes, Actugaming “accurately” reported on Diablo 4 & Overwatch 2 leaks before they were announced at Blizzcon 2019. IGN has also confirmed that Blizzard will appear during its Summer of Gaming event. Maybe the company might announce the remaster/remake/reimagining/whatever at that point.

Then again, it would be tedious & expensive to pull off - Max & Erich Schaefer had said during a ExileCon panel transcribed by GameSpot in November of 2019 that any/all assets they had, source code included, had been lost: The files & source code had been corrupted, with no chance of it being restored.

Now THAT had to have sucked - Losing just about everything due to technological failure. It’s the same thing that happened with Silent Hill & Kingdom Hearts. Of course, I say this, knowing that even after all that, they still got re-released. And from what I understand, bonus content to boot.

I wouldn’t exactly say it wouldn’t happen period. Just means that they would have to spend time & money. The last bit being what would decide if it was worth going through. I suppose I should say “take it with a grain of salt,” or however that saying goes.

Then again, the gaming world is full of surprises & odd rumors, if the recent Super Smash Bros Ultimate character roster update & the rumors for an actual remake of Metal Gear Solid & the Silent Hills/PT are anything to go by, IF it is indeed PT.

Sometimes, truth is stranger than fiction.

Now, for the main meat of this topic - For the sake of argument, lets say there IS a Diablo 2 remake/re-release/reimagining/whatever-have-you in the works - What changes would make Diablo 2 better overall?

Mind you, I’m speaking as a person who’s played both games for almost twenty years - I’m also sort of only talking about the gameplay mechanics. The story, graphics & soundtrack, I’m not touching, largely because I feel that the gameplay mechanics, well… part of them, haven’t exactly aged as well as I had would have hoped.

Necromancer : Have his attributes affect his summoned minions or his poison & bone skills.

Sorceress : Have the energy attribute affect her spells. It would make the most sense, being that she’s a spell slinger. She would need this boost to some degree, particularly in Hell mode, since most of the monsters in Hell mode tend to have multiple magical immunities or resistances that force you to have a weapon that bypasses magical resistances &/or immunities - which isn’t exactly easy to come by.

Also, for the love of Mephisto, DON’T take away the freedom of allocating attribute points to said attributes. I’d rather NOT see a World of Warcraft clone in the image of Diablo 2, like what they essentially did with Diablo 3. Stats being “static,” with no real way of directly changing them. Really, the only way of changing ‘stats,’ so to speak, were the paragon levels. Which isn’t the same. I’m also talking about the fact that your attributes, for the most part, don’t exactly do much. Strength only affects what you can equip & barely increases the damage you do. Dexterity only affects your to hit rate, block chance & armor class. Vitality only affects life & stamina, nothing more. Energy? Only affects how much mana you have. They could have done a lot more with the attributes/stats, I think. Though, I’m also willing to bet that some of this is largely due to the development hell that this & the previous game had gone through - David Brevik & his crew went through a hellish work cycle just to get everything up & running, and it seemed like, from my point of view when I was reading up on the development history & guides regarding this game, that the game looked like it wasn’t even going to be released. Kudos to the creator, David Brevik & his crew for the hell they all went through - and I’m not saying that for the sake of a pun.

I know there’s someone out there who probably had an easier time, but for me, this would simplify matters. Truth be told, I actually work/have worked with Diablo 1/2 veterans, & I spent about three months talking things out.

Anyways, this was a sort of fun thing to do. Let me know in the comments what you would like to see in the supposed Diablo 2 remake.

I’m not sure exactly what it is, but I suspect it’s several things that lead me to believe you’ve never solo beat the game in hell, never leveled a hc character to 90 and certainly never built your own cookie cutter build.

It’s clear that you shouldn’t be requesting changes in the game, changes that will destroy this masterpiece. If you want these things go play one of the illegal mods all the garbage players use to pretend they are good and leave the original game as it is for the people that play it while not needing any changes other than the elimination of the bots.

One of the things that tipped me off was your necro changes. That character can literally solo hell hc naked, that’s how powerful the character is as it is. I think it was 4 ladders ago a nerco was first to hit 90 across all ladders. Beat out the 10,000 sorcs. Another thing is your inability to build a sorc that works without making changes. She is insanely powerful even without Infinity. And muling, if you’re experienced, it’s fast and easy without anyone’s help.

Way to make yourself sound biased.

‘Destroy this masterpiece?’
'‘Go play one of the illegal mods all the garbage players use?’

And while we’re at it, you can’t tell me a shared stash wouldn’t improve the game. Even assuming a player is experienced in ‘muling,’ it’s still clunky. There’s no room for argument on that.

who want’s to change a character class because he sucks at the game.

it’s still clunky. There’s no room for argument on that.

Clunky and no room for noobs.

This is my first ever ladder season, honestly this game has aged so well its pretty unbelievable. Like diablo 3 has had tons of updates, is that game perfect? no way, not even close to this. So updates are not the answer to your problems imo. I for one am grateful no updates have ruined this game. I can actually still enjoy it 20 years later, if this was current in todays age, game would suck, just like d3

At least yours was nicer. As opposed to the other one… who may as well be no different from a DOTA player.

i’m with radiance on this one, if you think a summoner is weak in hell, you’re doing it wrong, end of story.

Speaking of David Brevik, there’s a presentation recently posted on YouTube that only has 794 views. I’m surprised by that so thought I might post it here for those who missed it…

It’s a good review of how the game was originally developed and why some of us don’t want anyone to mess with its core design. 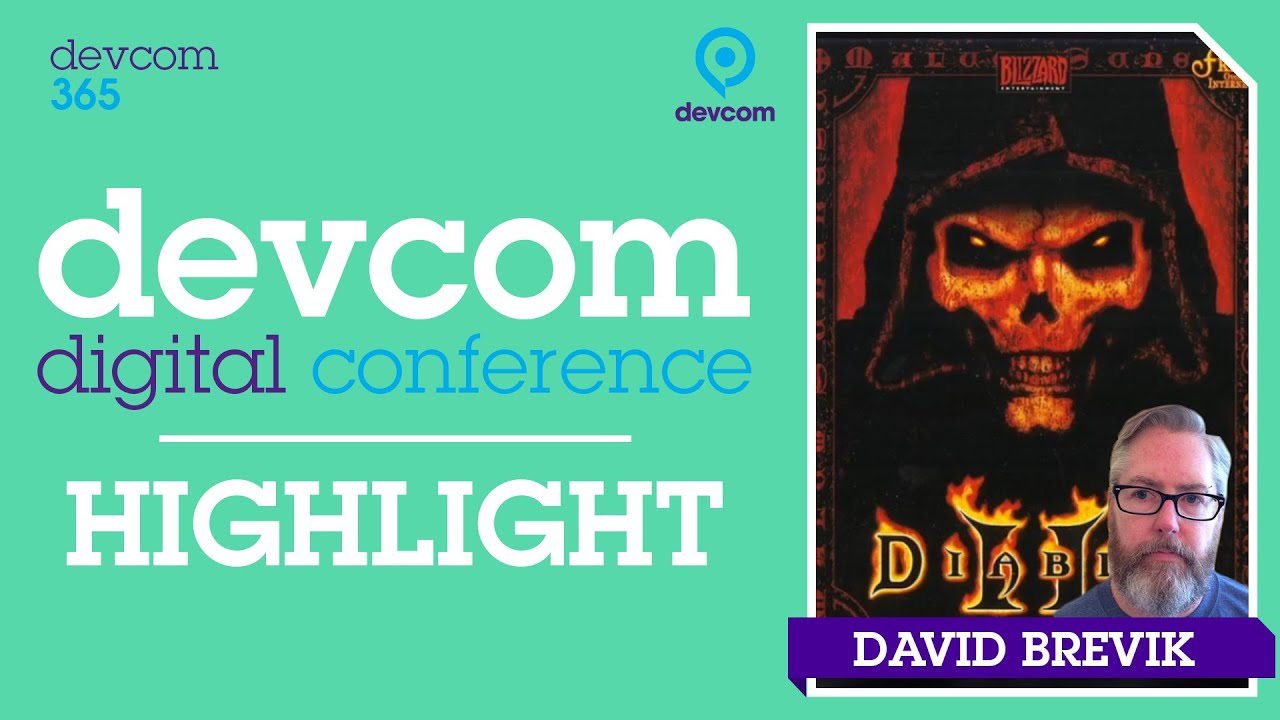 Thank you for sharing this video.

Oh? Thank you for sharing that vid. I am always on the look out for talks by David Brevick.