Hello, I can’t level up any more and can’t do any more tasks because I can’t enter the demonic portal and can’t upgrade the reliquary of hell because I’m missing an item in the demonic remains that I couldn’t loot in the quest. Please help me so I can keep playing.

During the Helliquary unlocking questchain, you will fight a demon named Pyl twice. The first is in a solo story dungeon, the second is in a challenge rift. It’s that 2nd fight in the rift that drops his remains (quest item).

The item you loot from Pyl in the challenge rift doesn’t appear in your inventory. While on the ground, the item is called “The shoulder armor of a chaotic wizard” (it has a different name the next time you see it): 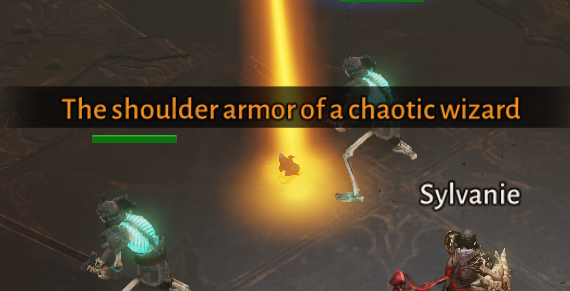 It only appears in the “Demonic Remains” tab of your Helliquary and is called “Pyl’s Flowing Chaos”: 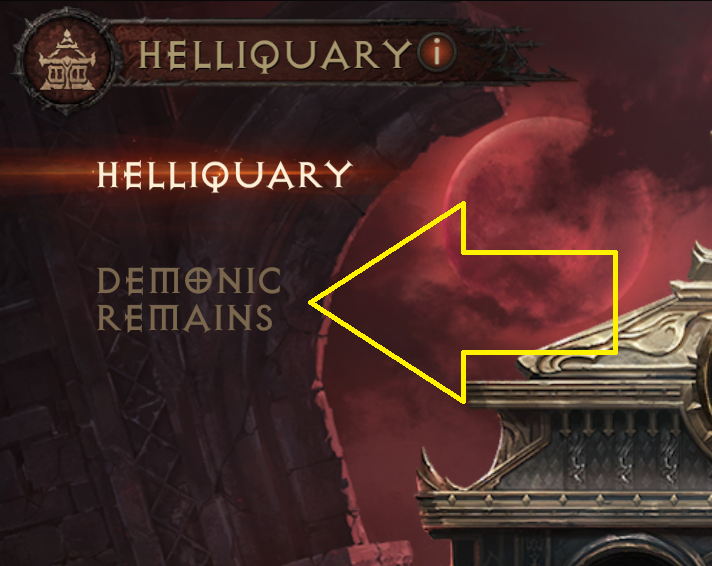 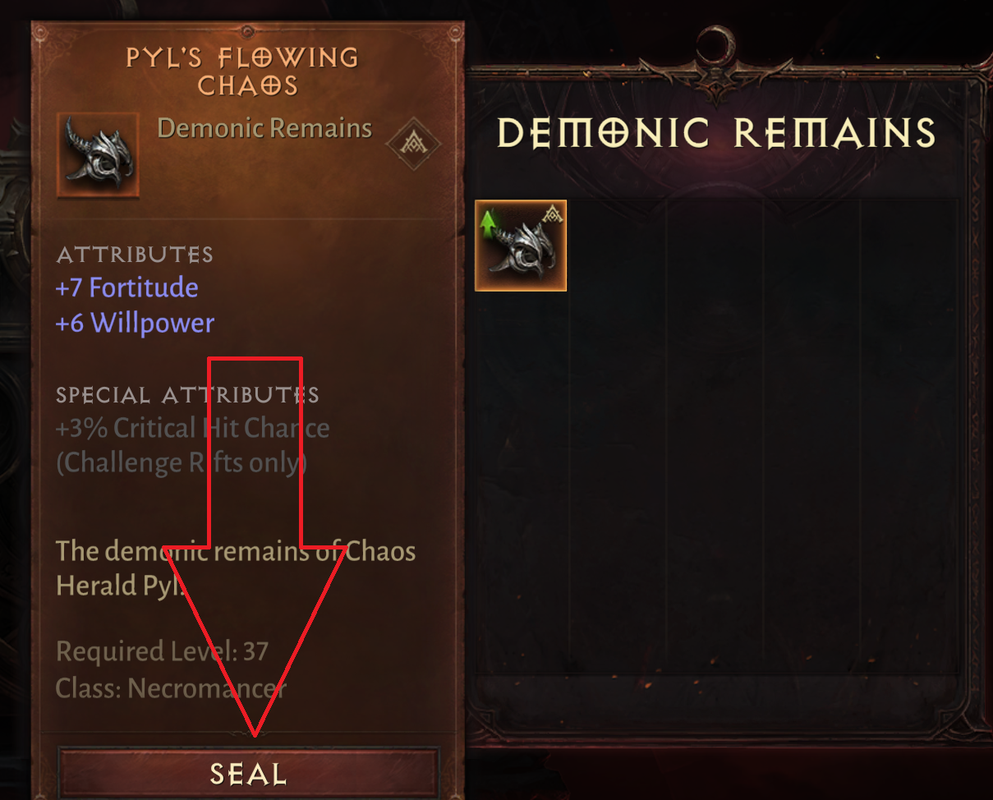 One thing to mention is that people seem to be using the Blacksmith to salvage Pyl’s remains before using it to advance the Helliquary questline. Do NOT do this. If you did, there is currently no way to correct it. The character is essentially broken until Bliz fixes it. I can say that Bliz knows about this issue, but where they are in resolving it, I don’t know.

great, then I’ll probably have broken it at the blacksmith and I’ll have to start a new character, so the money I’ve already spent is gone and so are the battlepass levels. That would be more than 30€ that I lost just because the item is not protected and you can’t know that as a newcomer… of course you can also make money that way…

I read that players from US get the item with mail why i cant get it? I cant transfer my gear to a new Character i lost every thing…

I read that players from US get the item with mail why i cant get it?

I haven’t seen or heard of anyone getting the item in the mail, unless it’s extremely new, as in the last few days. But even then, it’s unlikely that it would only be available to a single region.

I can understand your frustration, but realistically it was something that was overlooked when the Helliquary system was overhauled a couple of updates ago.

The issue was brought to Bliz’s attention this past weekend so it’s fairly early in the process of addressing it. We don’t yet how it will play out.